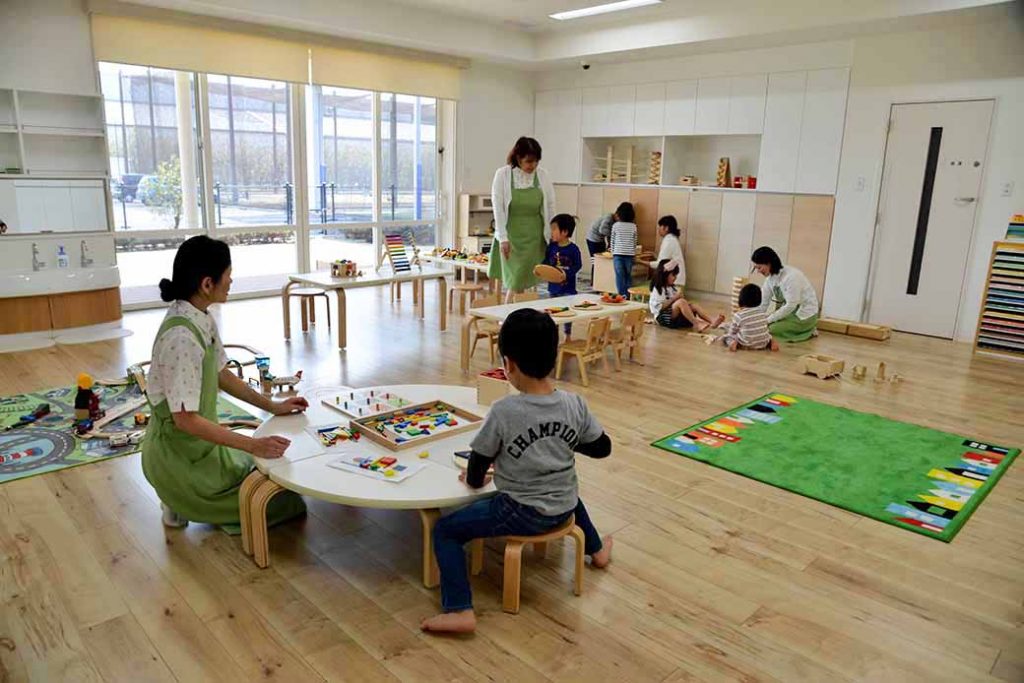 Only a few FA companies implement

Kiyoharu Higashi, General Manager of the Human Resources Department of the Administrative Headquarters, says, “we want to resolve any problems with employees who have problems of children on nursery school waiting lists, who are unable to work even if they want to work, and who have restrictions on working. We intend to continue to create an environment in which employees can work with peace of mind.”

In the future, the company intends to work on childcare for elementary school students during summer and winter vacations.

In addition to the DMG MORI, only a few companies in the factory automation industry have daycare centers, including Sumitomo Electric Industries, NTN, Omron, Daikin, and Sugino Machine.

DMG Mori Seiki also opened at four main bases, but maintenance is still in place at branches and sales offices throughout nationwide.

During morning and evening commuting hours, it is not uncommon to see a man driving a bicycle with a child.  Some working single fathers/mothers struggle to raise their children alone.  Against the backdrop of increased productivity and labor shortages, in addition to reforming the way employees work, there is also a need to improve the way companies work and the working environment.