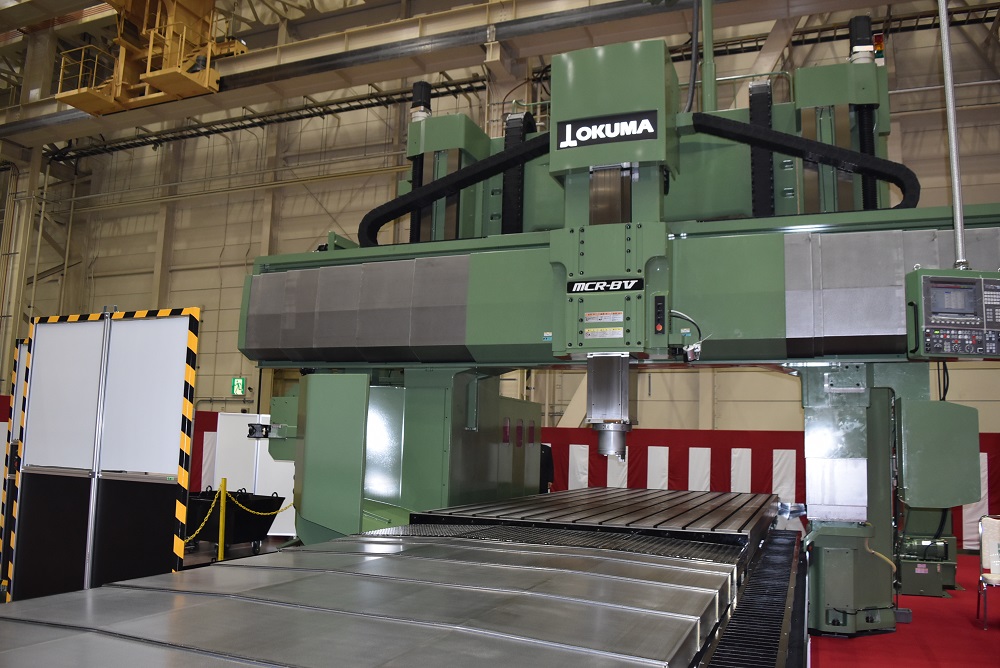 Okuma’s double-column machining centers (MC) achieved a total shipment of 10,000 units. Since the development of the first machine in 1968, the company has pursued high machining accuracy and productivity, as well as applying its unique intelligent technology to expand the user base. Furthermore, the 10,000th machine shipped was packed with solutions to realize a decarbonized society. Taking this milestone of 10,000 units as an opportunity, the company intends to accelerate its decarbonization and smart technology proposals in the double-column MC market as well.

Memorial ceremony at the Kani plant

The 10,000th double-column MC was shipped to MARUSUN SURUGA GROUP, a manufacturer of dies and molds for presses, and a big user who has installed a total of 70 double-column MCs from Okuma.

Okuma held a memorial ceremony on August 2 at its Kani plant in Kani City, Gifu Prefecture, to celebrate the total shipment of 10,000 double-column MCs. Top executives from machine tool trading company KYOWAKOKI and MARUSUN SURUGA GROUP were invited to the ceremony, where they were presented with memorial prizes in front of the model “MCR-BⅤ,” the honored 10,000th MC shipped.

President of MARUSUN SURUGA GROUP said, “The 10,000th shipment of Okuma’s double-column MC is a proof of their high level of technology, customer support, and continuous efforts. It is a great honor for us as well to install the commemorative 10,000th unit.”

Since shipping its first double-column MC in 1968, Okuma has been working to improve its machining accuracy and capabilities for more than 50 years. Dr. Atsushi Ieki, president of Okuma, says, “Our products have been widely contributing to the worldwide manufacturing industry.”

In 2008, the company introduced intelligent technologies, such as the “Thermo-Friendly Concept,” which reduces thermal displacement and maintains high accuracy, to its double-column MCs, further expanding its user base.

The MCR-BV delivered this time has another important milestone, too. This is the first double-column MC to adopt a “Sludgeless tank,” which drastically reduces the cleaning time of the coolant tank. Other energy-saving technologies, such as “ECO suite plus,” which combines processing accuracy and environmental performance, are also installed as standard features.

Thus, the 10,000th machine shipped can be said to be the first double-column MC that is equipped with a full package of solutions to realize a decarbonized society. President Dr. Ieki is excited, saying, “With the shipment of the 10,000th unit, we would like to accelerate our technological proposals for decarbonization and smart technology, and contribute to finding solutions to the challenges facing the manufacturing industry.” 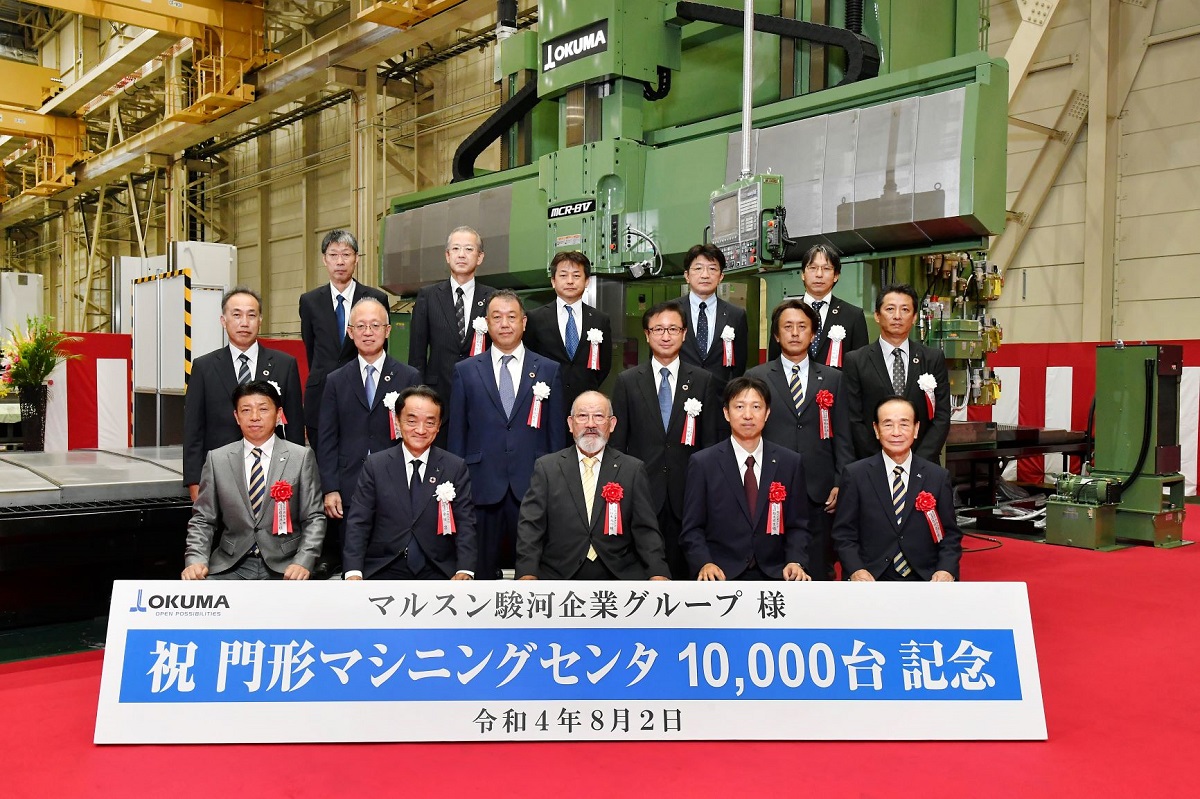