The International Manufacturing Technology Show (IMTS), the largest machine tool trade show in North America, will be held for six days from September 12 to 17 at McCormick Place in Chicago, Illinois, USA. More than 2,000 companies from about 40 countries will exhibit at this year’s show. Four years have passed since the last “real” show, and the front-row exhibitor lineup at the South Building, which attracts attention from all over the world every time, has changed dramatically. 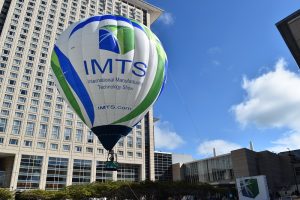 IMTS is held in Chicago, USA, on even-numbered years in the calendar, and this year will be the 33rd time it has been held. The last exhibition, IMTS2020, was switched to online due to the COVID-19 pandemic, so this year’s show, IMTS2022, will be the first full in-person exhibition to be held in four years.

The theme of IMTS2022 is “Digital Manufacturing. Implemented”. In response to the supply chain disruptions and serious labor shortages caused by the COVID-19 and other factors, manufacturing industries worldwide have recently been showing great interest in digital technology. In addition to automation technology, various digital technologies such as augmented reality (AR), virtual reality (VR), digital twin, and generative design are therefore also expected to attract attention at this year’s exhibition.

Additive manufacturing (AM) technology will also be a keyword at this year’s show. More than 80 companies will exhibit in the West Hall, where AM technologies will be on exhibit. The new “AM4U” area will feature lectures on business models and case studies of AM technology. 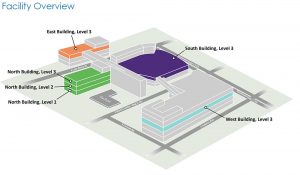 “IMTS 2022 also embodies the ‘one-and-done’ concept, as there is no more efficient way to explore new manufacturing technology than a single visit to McCormick Place,” says Peter R. Eelman, vice president and CXO at Association For Manufacturing Technology (AMT), which owns and produces IMTS.

According to AMT, orders for machine tools (cutting + forming) in the U.S. in the first half of this year were at a record high level of $2,836.53 million, up 13.1% from the previous year. Although there are some concerns such as rising interest rates, considering the boosting effect of the IMTS2022, this year’s orders can be expected to be the highest in the past 20 years. It will also be interesting to see how this year’s show, which will be held under booming conditions, will affect future demand trends in the U.S. market.

DMG MORI off the table, Makino scale down 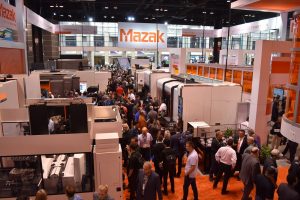 The biggest attraction at IMTS is probably the South Building, where the world’s leading machine tool builders are gathered in one place. Especially, exhibitors in the front rows near the main gate attract attention every time from all over the world. Since IMTS2022 is the first full in-person show to be held in four years after the pandemic, there have been significant changes in the lineup of exhibitors.

One of the notable changes is that DMG MORI, which traditionally boasted an overwhelming presence, has decided not to exhibit at this year’s show. Furthermore, Makino Milling Machine, a front-row exhibitor in previous shows, has scaled back its booth, and moved to the third row this year.

Instead of these two companies, the front row will be occupied by JTEKT and Hardinge. In addition to Okuma and Mazak, Haas Automation and Korea’s DN Solutions continued to have front-row booths, as they did at the 2018 show.

Not about the front row, but in another significant difference from previous years, Methods Machine Tools, a major local machinery trading company that handles products from Nakamura-Tome Precision Industry and YASDA PRECISION TOOLS, will not exhibit. 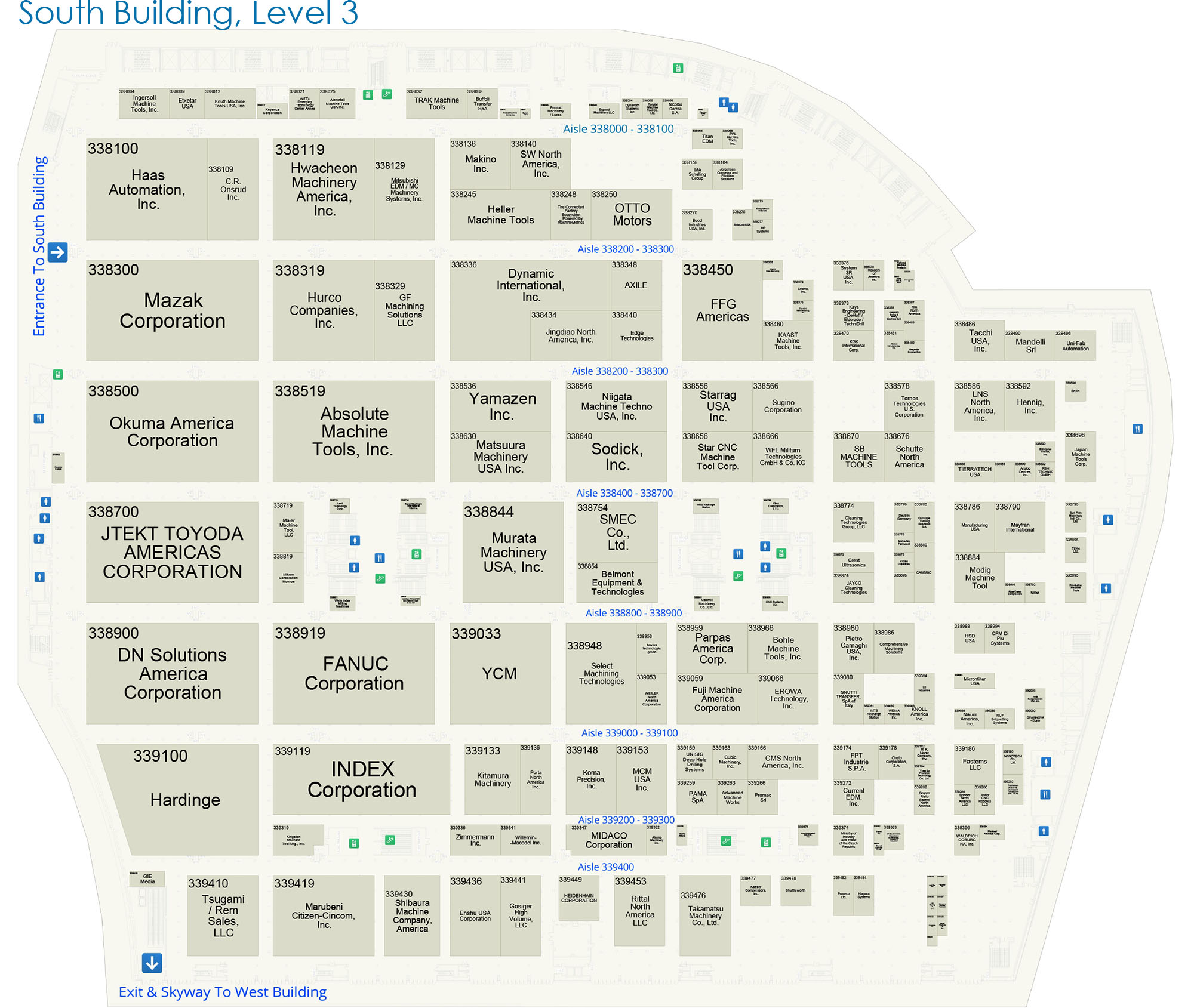