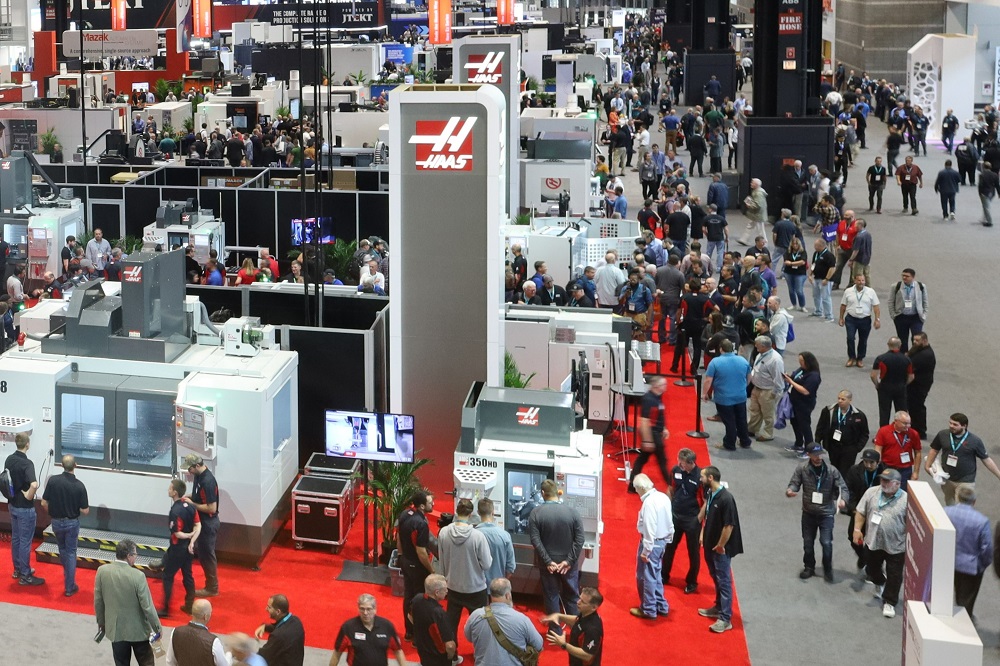 The International Manufacturing Technology Show (IMTS) 2022, the largest machine tool trade show in North America, was held for six days from September 12 to 17 at McCormick Place in Chicago, Illinois, U.S.A. A total of 1,816 companies participated in the 112,673 square meters of exhibition space, and 86,307 visitors attended the show. The number of visitors decreased from the previous show, due to the impact of the pandemic that still remains, but many exhibitors commented that “there were many visitors with clear purposes, and the business discussions were deep and meaningful,” and “it was easier to have business discussions at a real show”. SEISANZAI Japan will focus on the Japanese machine tool manufacturers who exhibited at IMTS2022 and analyze what this show meant to them in three parts.

The “lineup” changed since the last show

This year’s show, the first in-person exhibition to be held in four years, was affected by COVID-19, and the number of registered visitors fell 33.3% from the previous show to 86,307. Although the drop was noticeable compared to the previous show, which had a record number of visitors, the Japan Machine Tool Builders’ Association (JMTBA) analyzed that “the majority of the decrease in visitors were students and visitors from overseas,” and many exhibitors felt that business negotiations were lively. 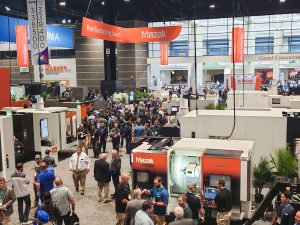 The South Building, where machine tool builders from all over the world gather, plays a key role of IMTS, but the lineup of exhibitors has changed in the four years since the previous show.

DMG MORI, which used to have a strong presence in the front row of the South Building, decided not to exhibit. Makino, which had also been in the front row in most years, scaled back its booth and moved to the third row. These two companies were replaced by JTEKT and Hardinge, two new front-row exhibitors.

Okuma, Mazak, Haas Automation, and DN Solutions from South Korea had booths in the front row, as they had in the previous shows, and attracted numerous visitors.

At the previous IMTS 2018 show, “Automation Solutions” were the main focus, and this trend also continued at this year’s show. In the U.S., as in Japan, labor shortages are a serious problem, but the U.S. is facing a situation where workers cannot be found due to rising labor costs. Some visitors lamented, “Even though the U.S. has a large working population, it is difficult to find new workers in the manufacturing industry because they tend to move to higher-paid industries”.