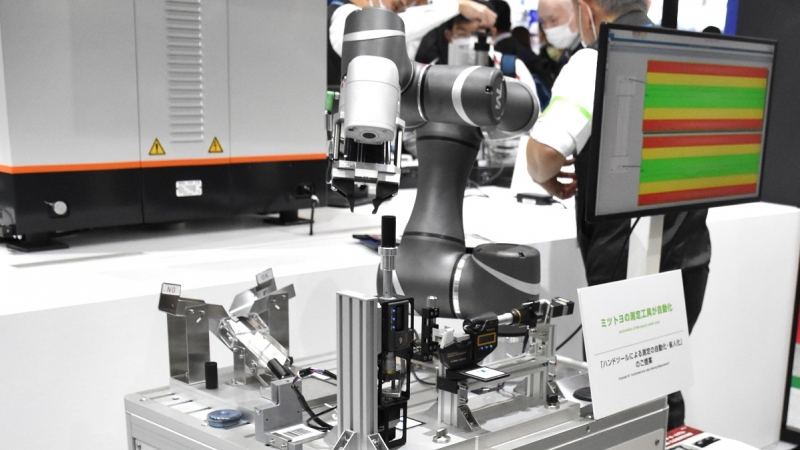 Robots are hot in the spotlight

Interest in robots in the machine tool and metalworking industries has been increasing, and at JIMTOF 2022, many companies, from major companies to small and medium-sized manufactures, made proposals for automation systems incorporating robots. In this report, the focus is on robots.

Okuma, a leading machine tool builder, exhibited a mobile collaborative robot system using FANUC’s “CRX series” as a reference display. “The system is the ideal automation solution for small and medium-sized companies engaging in high-mix, low-volume production. It is easy to relocate and can be operated flexibly according to the operating conditions of the machine tool,” said the person in charge of the system, showing his confidence in the system.

A camera installed on the collaborative robot reads the three stickers attached to the side of the machine tool door. The collaborative robot recognizes and adjusts its own position in the same way as triangulation, so that the system can operate stably even if the position shifts a little when the system is relocated. This system is scheduled to be released in the spring of 2023. 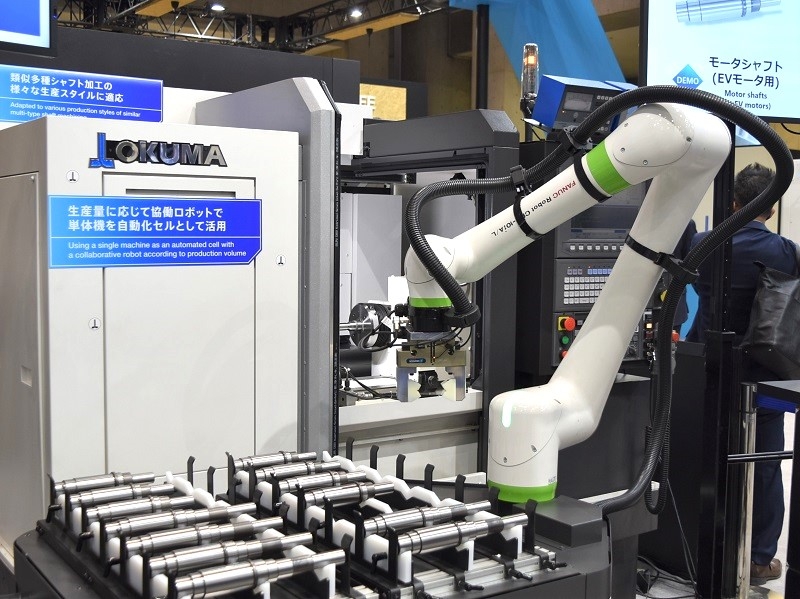 The collaborative robot not only removes and attaches workpieces, but also automates the replacement of chuck jaws and tool holders.

“When machining several types of workpieces, setup changeovers are necessary, and we targeted automation of these operations as well,” said a person in charge at Denso Wave. The collaborative robot changes jaws and tool holders while a camera installed in the machine checks for chips caught in the chuck or broken tools, thus allowing stable and consecutive operation. 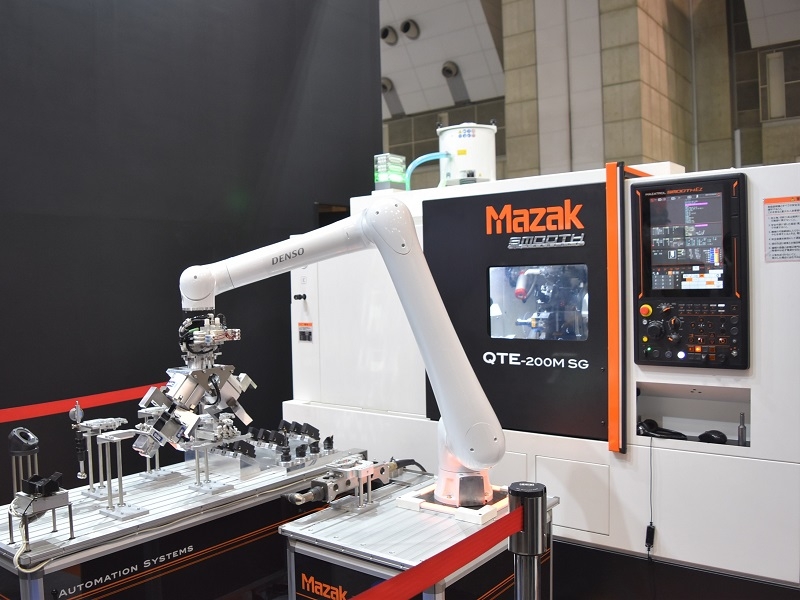 Industrial robots have traditionally been used in a fixed position, but this belief is now breaking down. While there are cases where industrial robots are carried on hand trucks, there is also a growing trend toward systems in which robots are put on automatic guided vehicles (AGVs) or autonomous mobile robots (AMRs). If the robots can move independently, the variety of tasks they can carry out expands dramatically.

Mitsubishi Electric, a Japanese electric discharge machining (EDM) machine builder as well as a robot manufacturer, also proposed the automation of EDM machines by loading an industrial robot on an AMR. In this system, the robot automatically changes workpieces to be processed, and a single robot can be responsible for several machines while moving around autonomously. The key to the system is a newly developed software integrated scheduler. It enables the system to grasp the operating status of each machine and the timing of when processing is completed, thus realizing total optimization.

High positioning accuracy is required when loading workpieces onto machine tools, but the accuracy of AMR’s stop position is not as high as it should be. To solve this problem, this system uses a vision sensor on the robot side to read the marks on the machine side and determine the position relative to the machine. The system corrects the robot’s actions according to the positional relationship between the marks and the machine.

“Compared to cutting, EDM machines require longer machining times and have not yet been widely automated, but there will be needs for this type of advanced automation in the future,” said the person in charge of the project. 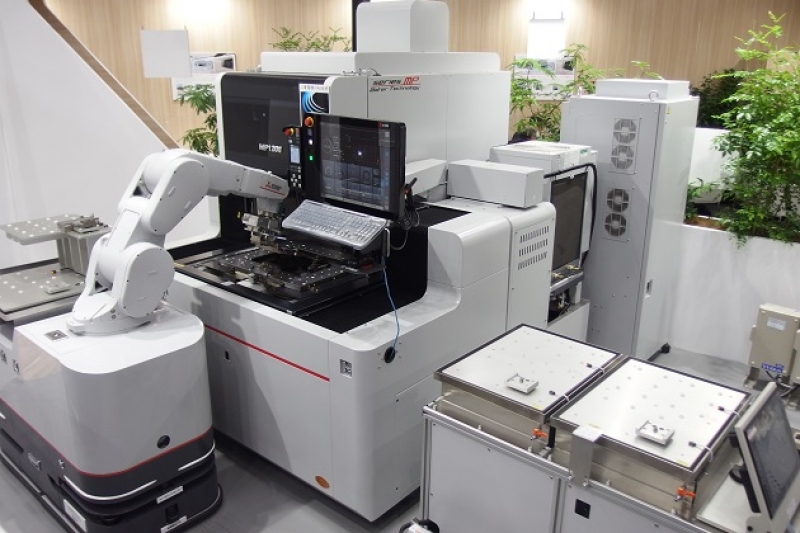