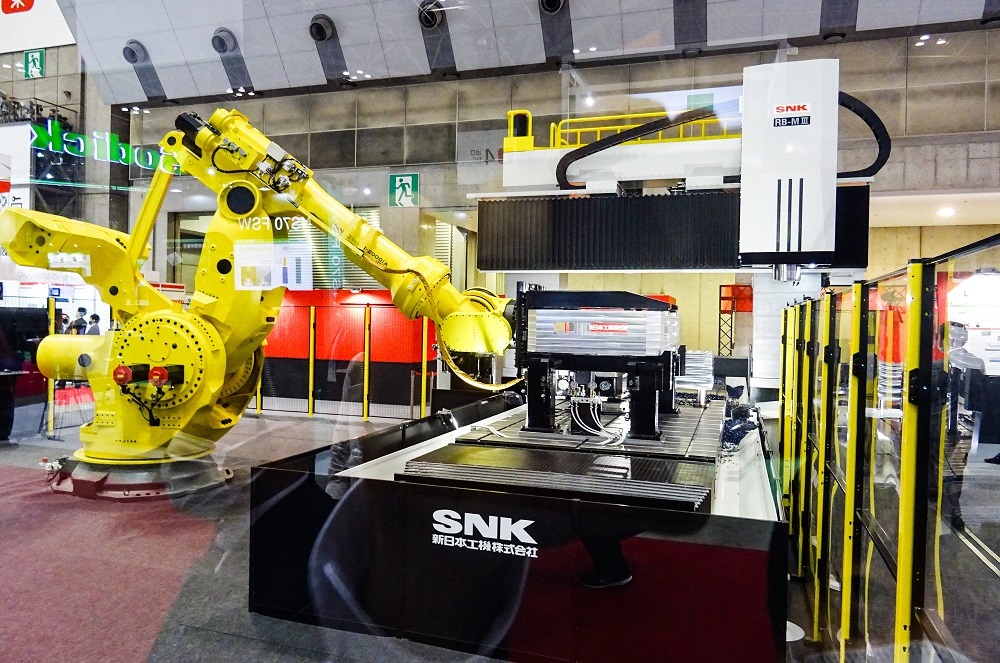 New products one after another

At JIMTOF2022, the first in-person exhibition held after four years, many exhibitors presented their new products.

Yamazaki Mazak, who had the largest booth at this year’s show, unveiled its “FSW-460V,” a processing machine for friction stir welding (FSW), in which materials softened by friction heat are stirred together to form a joint. Kazuya Horibe, Senior Corporate Officer of Yamazaki Mazak, emphasized, “Not only electric vehicles (EVs), but electrification in general, will be accelerated. FSW and laser technology is one of the directions of our proposal for this trend”.

Okuma focused on proposing solutions for decarbonization. The company defined its intelligent machine tools that combine high-precision machining with environmental friendliness as “Green-Smart Machine,” and all the exhibited machines, apart from the cylindrical grinder, were labeled with a special emblem to promote the company’s products. Among them, the concept machine, which is packed with all the essential technologies to achieve the decarbonization of manufacturing sites, attracted particular attentions of visitors. 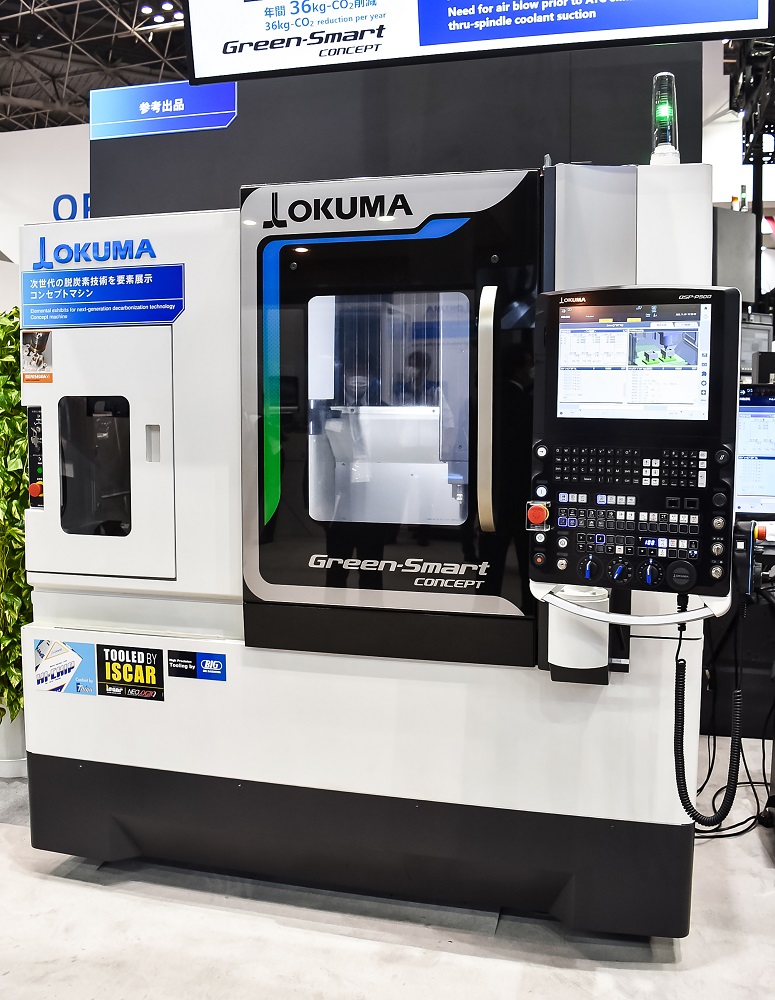 During the exhibition, DMG MORI presented its “NTX500”, a lathe-based multitasking machine launched in June of this year, for the first time in Japan at the company’s Tokyo Global Headquarters. 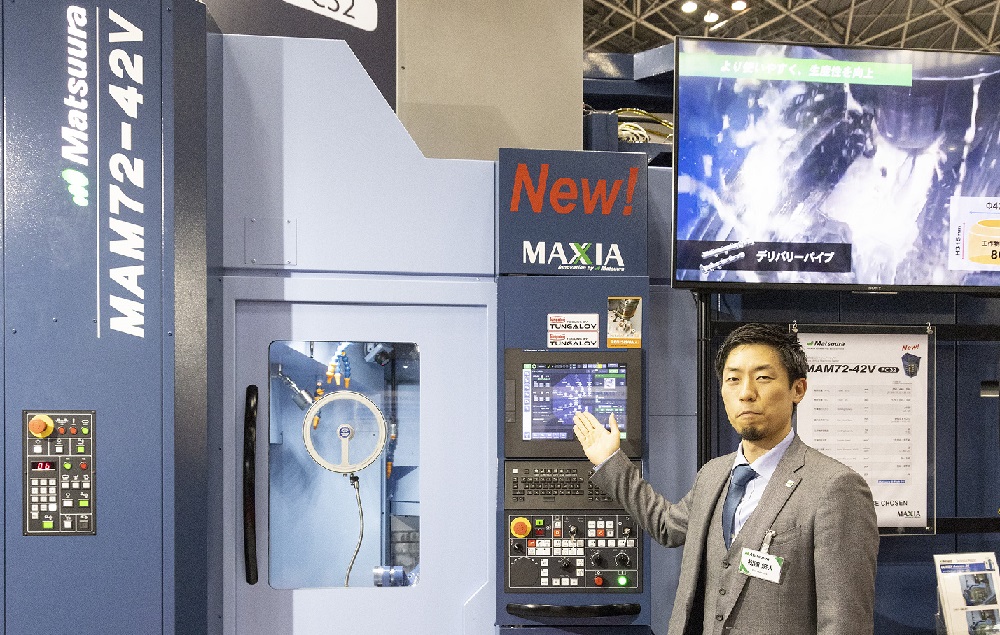 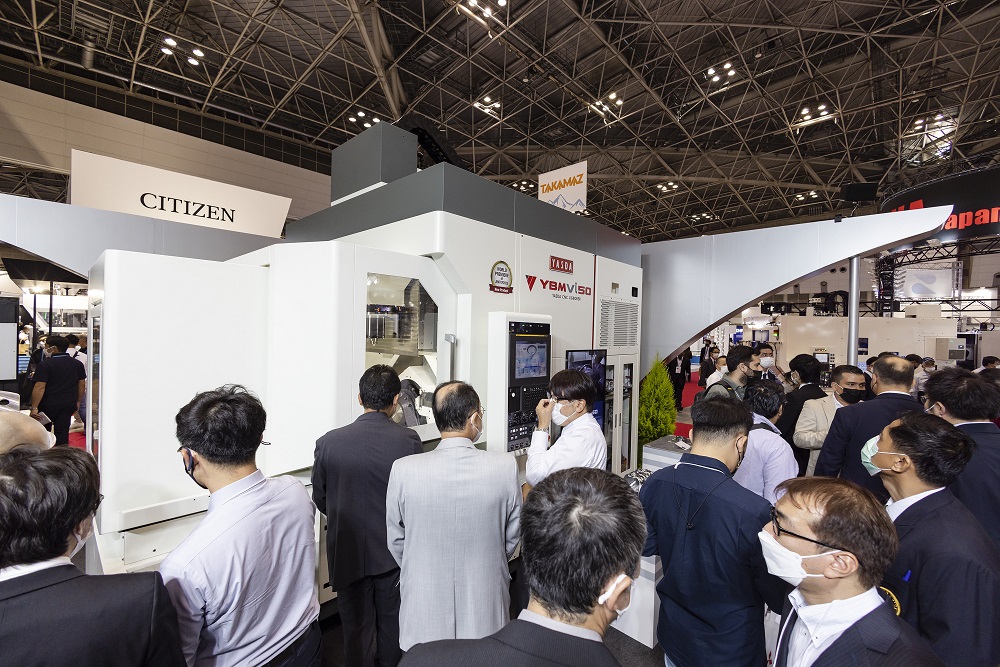 The 5-axis MC by YASDA PRECISION TOOLS, which had attracted great attention even before its unveiling, gathered many visitors.

Shibaura Machine exhibited its new double-column MC “MPC-3120H”. MPC-3120H has a function that measures the shape of the tool tip and adjusts the machining path. The company proposed its new solutions for the manufacturing industry, where the size of workpieces is becoming ever larger.

SHIN NIPPON KOKI, a company specializing in double-column MCs, also exhibited its new double-column type 5-face MC “RB-4MⅢ”. The new model has been made in a larger size to meet customer needs, while improving on each of the functions of the company’s existing RB series. It is also designed to save space at the same time. At JIMTOF, FANUC’s large industrial robot “M-2000iA/1700L” was utilized to automate the setup process, attracting visitors with its powerful combination of machine and robot.