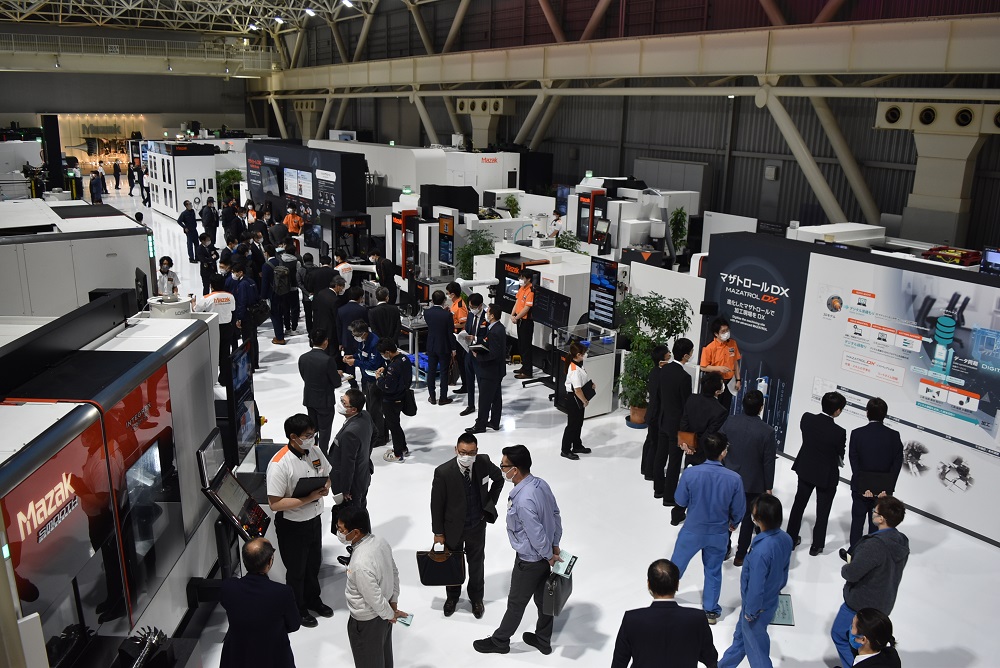 The 31st Japan International Machine Tool Fair (JIMTOF2022) was held in-person for the first time in four years and closed with great success. The “After JIMTOF” private show of major FA companies, which is a post-JIMTOF tradition, began in full gear in December. FA companies held elaborate open houses one after the other to connect the inquiries received at JIMTOF to business contracts and to propose the latest technologies to those who were unable to visit the JIMTOF venue.

1,700 visitors to Mazak, exceeding the target

Yamazaki Mazak held the “JIMTOF 2022 Encore Fair” at its Minokamo Plant in Gifu Prefecture for three days from December 7 to 9. This was the first time in three years that the event was held in-person, and a total of 28 machines including seven new models and automation systems were on display this time. “About 1,700 visitors came to our fair over the three days, which was greater than our initial target. Although the number of visitors itself was lower than the previous time, we were able to reach a high number of potential customers and distributors,” commented Shinji Yamazaki, Director and Managing Officer and Chief of Sales & CS Headquarters.

As at JIMTOF, the company presented its latest solutions to visitors at the fair, with “environmental friendliness,” “digitalization,” and “labor saving” as the three key highlights of the fair. In environmental friendliness, the company introduced energy-saving functions that reduce power consumption through optimal control of coolant discharge volume and other measures.

In the area of labor saving, a cooperative robot system was proposed that can automate setup work such as chuck jaw and tool replacement, in addition to workpiece removal and attachment. It attracted a lot of attention from the visitors. 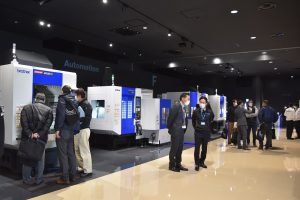 Brother Industries held the “SPEEDIO after JIMTOF 2022 Exhibition” on December 1 and 2 at its showroom “Brother Technology Center” in Kariya, Aichi Prefecture. About 350 people visited the two-day event, requiring pre-registration.

At the venue, the entire SPEEDIO series of small machining centers (MCs) were all on display. A total of 13 peripheral equipment manufacturers also supported this event and introduced their product lines that offer the best performance of SPEEDIO series. What caught the most attention was the compact MC “U500Xd1,” unveiled for the first time at JIMTOF2022. U500Xd1 is equipped with a 500 mm-diameter tilting rotary table capable of indexable 5-axis machining, and provides power for multi-face machining of case parts for electric vehicles.

The director of the company’s industrial equipment sales department said, “At JIMTOF, we held a machining demo once every four minutes to attract customers”. Again at this time, they actively demonstrated the machining process, and caught the visitors’ attention. 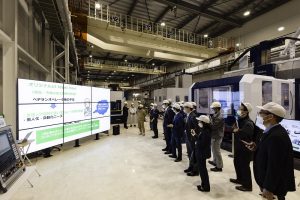 At the new product presentation in December, “MVR-Ax,” a double-column, 5-face machining center that has started accepting orders in July 2022, was shown to the public for the first time. About 50 visitors came to the event, with pre-registration required. Although MVR-Ax is a mid-range model, it has high basic performance as it actively incorporates technologies derived from the high-end model “MVR-Hx”.

After launching MVR-Hx in October 2021, many customers requested a less costly model, leading to the launch of MVR-Ax in less than a year.

“This speed of development shows the Nidec Group’s style,” said a representative of the Sales Strategy Group of the Sales Division.