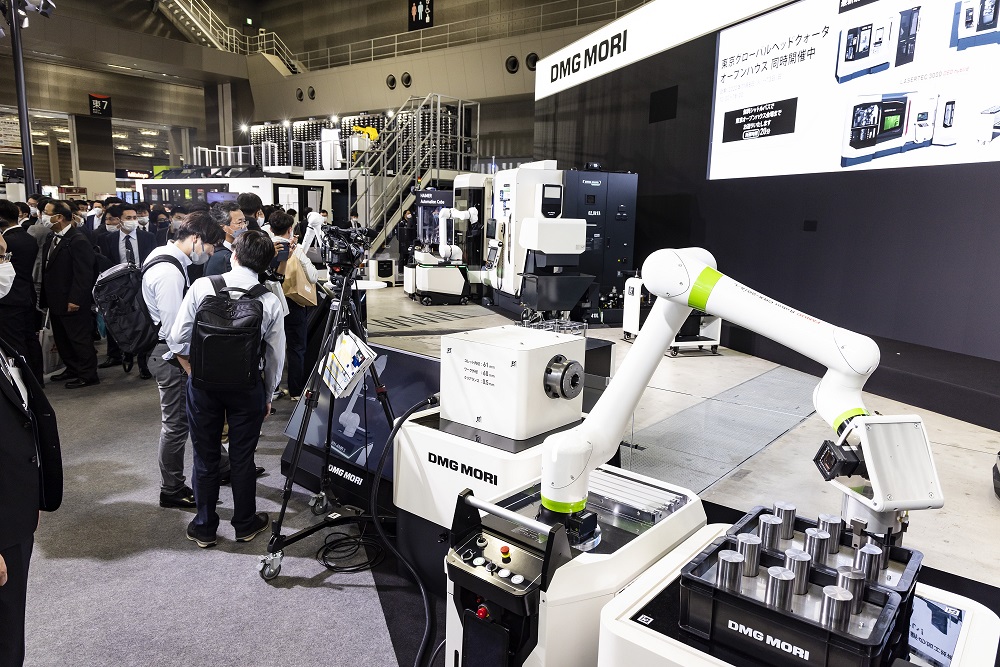 On December 14, DMG MORI announced its “Mid-term Business Plan 2025: Process Integration, Automation, DX, and GX Evolution”. The target term is the three years from 2023 to 2025. The company raises its sales revenue from 465 billion yen projected in 2022 to 600 billion yen in 2025. Both capital and development investments are also planned to be 100 billion yen over the three-year period.

“The machine tool industry has been thought that the market swings wildly up and down. However, since we have worked together with our German group company to promote process integration and automation, the numbers have become much stable. This is what we aimed to express,” explained Dr. Masahiko Mori, president of DMG MORI, the background of this mid-term plan.

Furthermore, one of the goals for the company is to “build a strong supply chain”. As part of it, the company will launch a new casting foundry in the suburbs of Bangalore, India. “The new foundry is expected to start operations in 2024. Three years after that, we aim to reach the annual production to the 20,000 t/y level. India has abundant solar and wind power available,” said Dr. Mori.