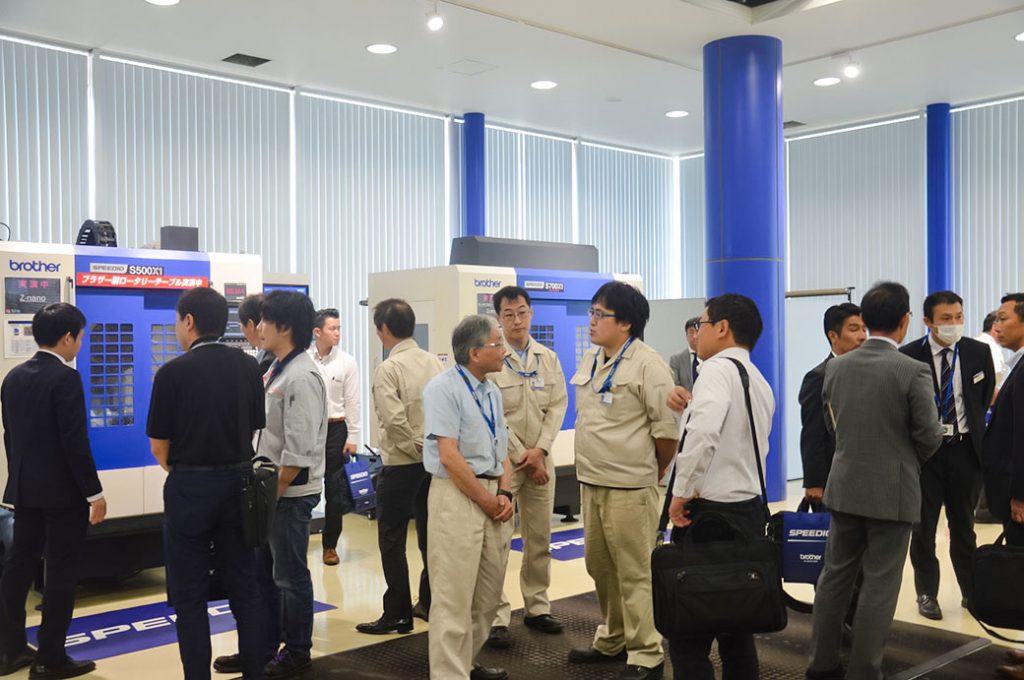 was held at the Kariya showroom of Brother Industry in Kariya City, Aichi Prefecture in Japan.

Blum has held private shows in Tokyo and Osaka in the past, but due to a strong demand from attendees, the show was held in the Chubu area this time. A

Toru Yamada, president of Blum-Novotest Japan said, “we deal with measurement devices used on-machine, so we can expect good results from collaborating

the opportunity to raise awareness for this.”

Osamu Hasegawa, general manager of Brother’s machinery division, commented on the great results he expects from the collaboration, “combining both

companies’ technologies (1+1) will equal a final result greater than 2″.

Seven of Brother’s small machining centers “SPEEDIO” were displayed in the showroom. And all of them were fitted with Bloom’s instruments. Seminars were

also held on the merits of on-machine measurement and examples of introduction.

Industrial robot industry in a phase of change: Interview with Junji Tsuda, Chairman of YASKAWA Electric (2/2)