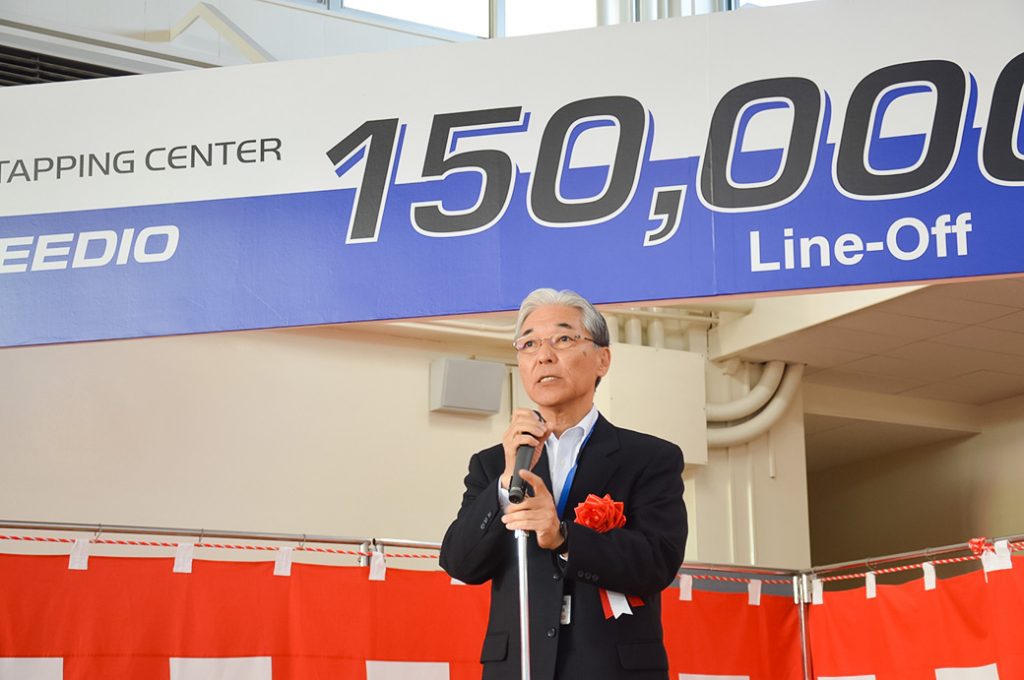 On the same day, at a commemorative ceremony held at the company’s showroom in Kariya City, Aichi Prefecture, Senior Managing Director Tasuku Kawanabe (photo) said, “I am happy that we can achieve it in the year that marks the 110th anniversary of our foundation. However, this 150,000 is still a passing point.”

The machining speed in the drilling and tapping processes was evaluated by customers, and sales increased mainly in the automobile industry.

Recently, Brother has developed a lineup of highly unique models, such as spindle taper BT30 MCs and table-swivel multi-tasking machine, which have a large machining area with an X-axis stroke of 1000 millimeters. Brother is responding to a wide range of marketplace needs.  In FY03/17, Brother’s machine tool sales rose 67.6% to 76.0 billion yen.

However, it forecasts a decline in sales for the current fiscal year to 61.3 billion yen.  Although demand for smartphones has settled down, the idea of covering up with the expansion of orders for the automotive industry where the company positions it as a “stable area”