OKUMA established a new plant in Kani city, Gifu pref. that has an integrated manufacturing system for vertical and horizontal MC 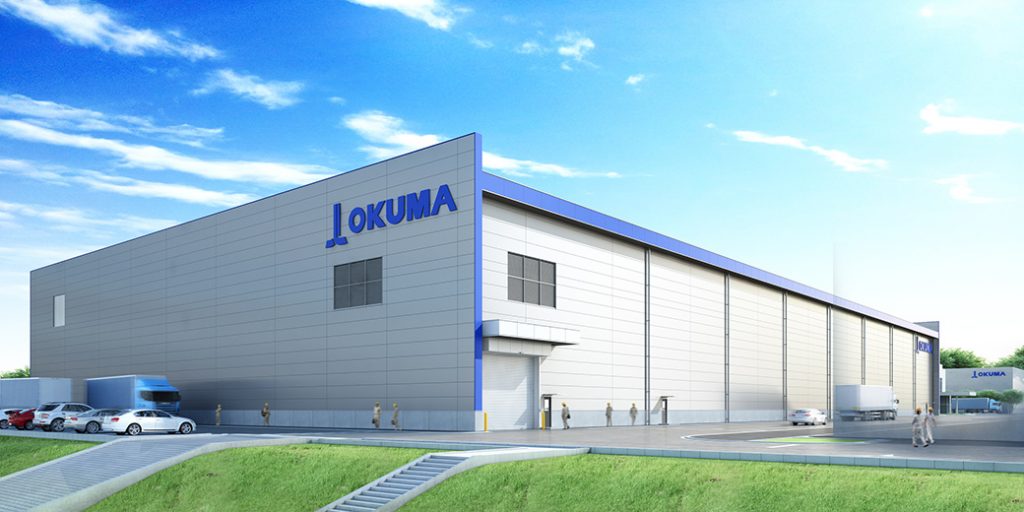 On July 18,2018, OKUMA announced that it would establish the sixth plant, K6, at Kani plant, which is the main manufacturing base of machining center (MC) in Kani city, Gifu prefecture.

At K6, the vertical and horizontal MC parts will be processed.

It will be built on the east of K2 and K3, which produce vertical and horizontal MCs.

Okuma will transfer the production of parts machining at headquarters and other plants to K6, and establish an integrated production system for vertical and horizontal MC in conjunction with K2 and K3.

Production capacity is increased by 30% compared to the previous level.

Construction starts in August 2018 and starts operation in May 2019.

K6 will also use the know-how cultivated at the headquarters plant Dream Site (DS).

Aiming to be a smart factory that introduces the IoT and automation technologies.

“We will evolve the entire Kani plant into a smart factory as we build a new plant to achieve highly efficient manufacturing,” Yoshimaro Hanaki, the president of OKUMA said.

In addition to K6, the new factory for heat treatment and painting, Kani Materials Center, will be established next to K5, which manufactures portal MC.