DMG Mori up Revenue to 470 Billion 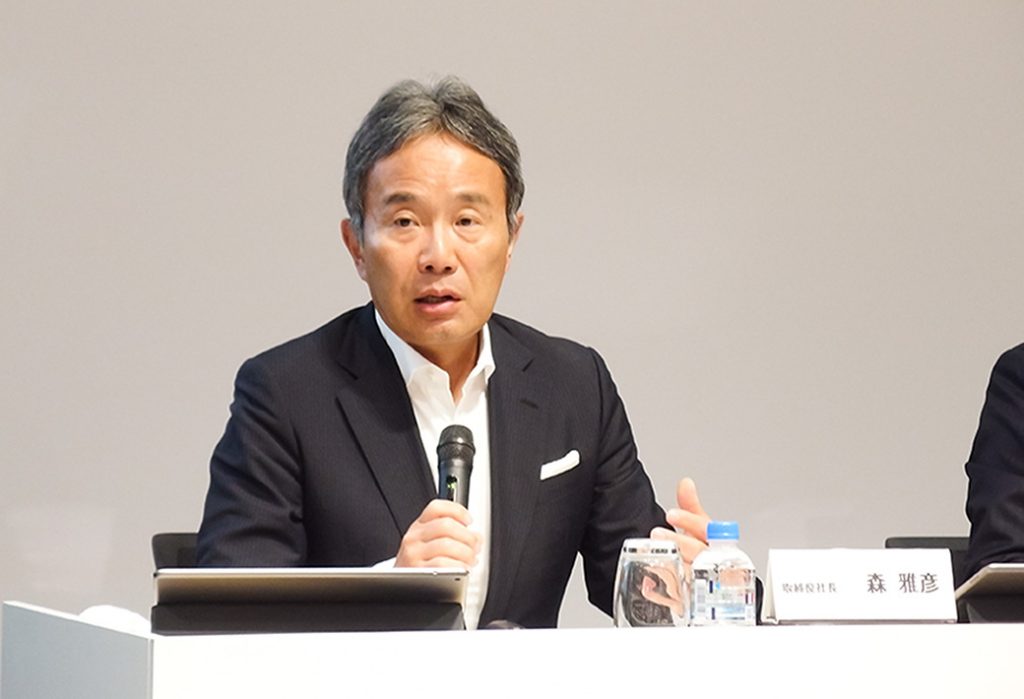 On August 8, 2018, DMG MORI held briefing sessions for the second quarter of FY12/18 at its Nagoya Head Office and Tokyo Global Head Quarter.
In accordance with the International Financial Reporting Standards (IFRS), revenue, which corresponds to net sales, increased 18.8% y-o-y to 235,283 million yen, operating income increased 74.8% to 15,763 million yen, income before income taxes increased 95.2% to 13,603 million yen, profit rose 144% to 9,126 million yen, and profit attributable to owners of the parent increased 148.9% to 8,886 million yen, resulting in a significant increase in both revenue and profit.
“Domestic markets are huge, U.S. and Asian markets are strong, and Europe is not bad,” Masahiko Mori, the president of DMG MORI said. (=photo).
The company also announced an upward revision to its full-year earnings forecast.
Revenues were adjusted from 450 billion yen to 470 billion yen, operating income was revised from 35 billion yen to 38 billion yen, and net income attributable to the owners of the parent company was revised from 20 billion yen to 22 billion yen.
“In the future, we aim to further raise our profit margin and achieve an operating profit of 100 billion yen,” president Mori said.