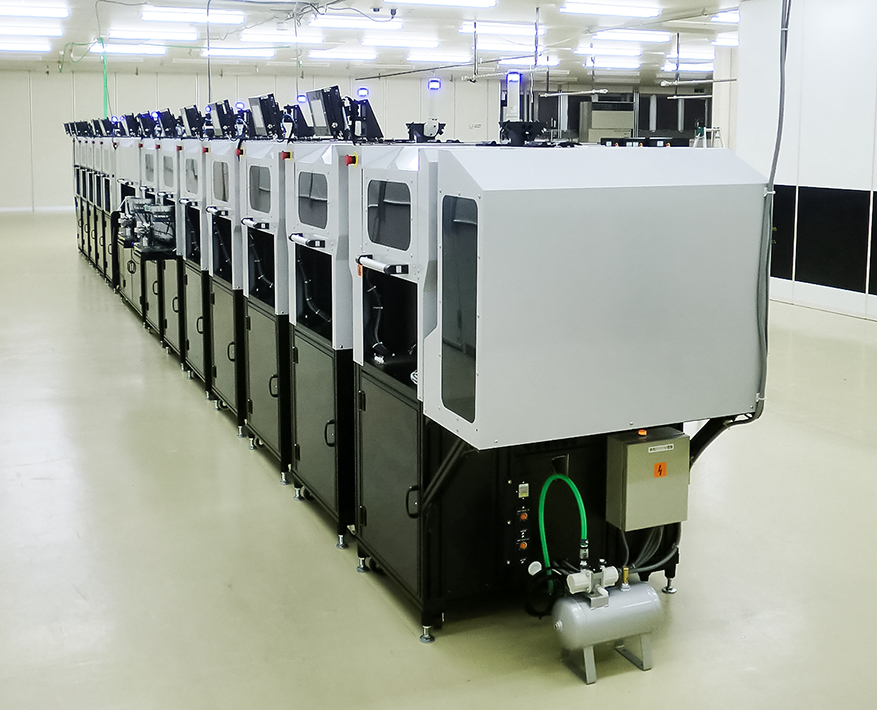 Automated production lines for watches started operation at a plant in Yamagata CASIO, a production subsidiary of Casio.  Investments are not disclosed.

Casio’s long-selling digital watch “A159WA” will be manufactured on the line.  The assembly so far was done manually, but it was automated. The production efficiency increases up to 3 times at maximum.

Although watches are generally manufactured by various kind and small quantity, the company took steps to automation because they are manufactured in large quantities.
In addition, production costs will be halved compared to conventional production sites, and will be reduced to the same level as overseas production sites.