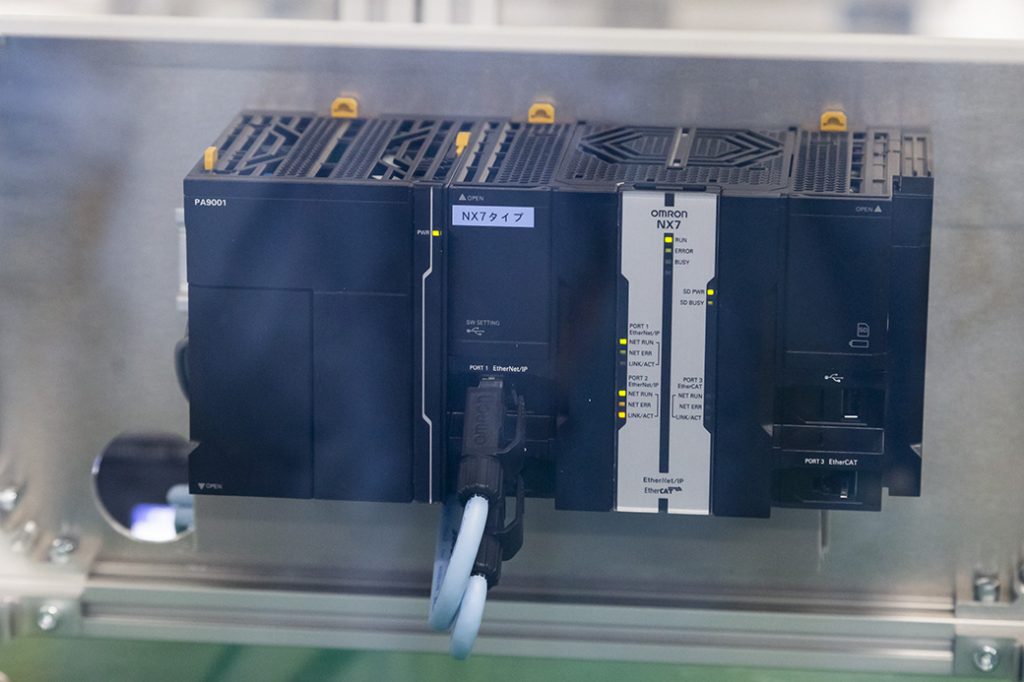 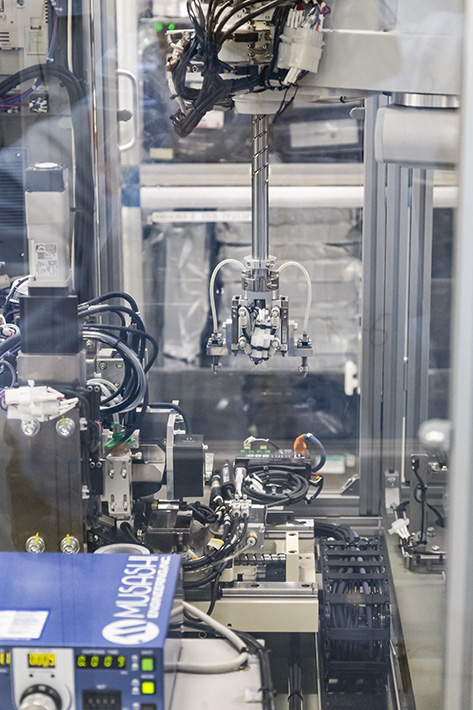 A part of the assembling line of the projecting module

Continuous improvement on Manufacturing Floor
……Currently, two mobile robots run on the floor and 75% of the premises transport was automated.
“We plan to install two mobile robots on each floor this year,” said Mr.Benkan.
In addition, in order to solve the problems that had been caused by sudden incidents in the past, the company introduced its own AI controller for the first time at its manufacturing base for assembling light-emitting module components.
The AI Controller monitors the status of the equipment and detects signs of trouble that the skilled technician does not notice.
The AI Controller was introduced in August 2018, and the company will examine its effects in the future.

Started offering new services by the end of the year
The company will promote the use of IoT near manufacturing sites such as machinery and controllers.
In July 2018, the company launched its first data-utilization service “i-BELT.”
It is to monitor and to analyze the signs of abnormalities in the equipment, and to work on solving problems.
It’s like a combination of consulting and engineering.
In 2018, the company plans to significantly expand its services as the second step.
Omron plans to extend its scope to manufacturing control, quality-assurance, and energy, as well as facilities.