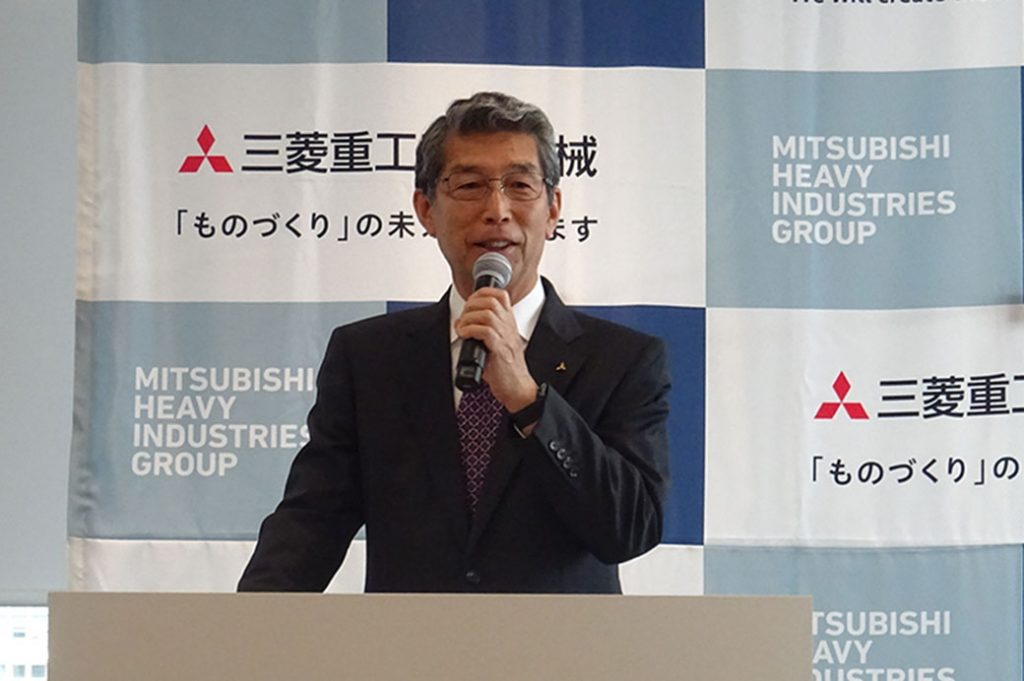 Mitsubishi Heavy Industries Machine Tool held a technical briefing session on the additive manufacturing (AM) machine “LAMDA” at the head office in Tokyo on May 16, 2019 and announced two new functions.

President Keiichiro Iwasaki said, “these two functions will be the biggest differentiators.” Both of the two new functions are regarded as the world’s first practical application.

The first is “monitoring,” which monitors the melting state and feeds back the change data to stabilize the shaping accuracy. The second is a “local shield” in which oxygen can be purged with a shielding gas that prevents air from getting entrained, and non-oxidized parts can be shaped with this function.

LAMDA was exhibited on May 20 to 23, 2019, at an additive manufacturing event, RAPID+TCT2019, held in Detroit, U.S. LAMDA is the directed energy deposition AM system that Mitsubishi Heavy Industries Machine Tool launched in March 2019.

The company also developed the product by utilizing the research results of the Next Generation 3D Laminated Molding Technology Development Organization (TRAFAM), a technology research cooperative that participates in the project.