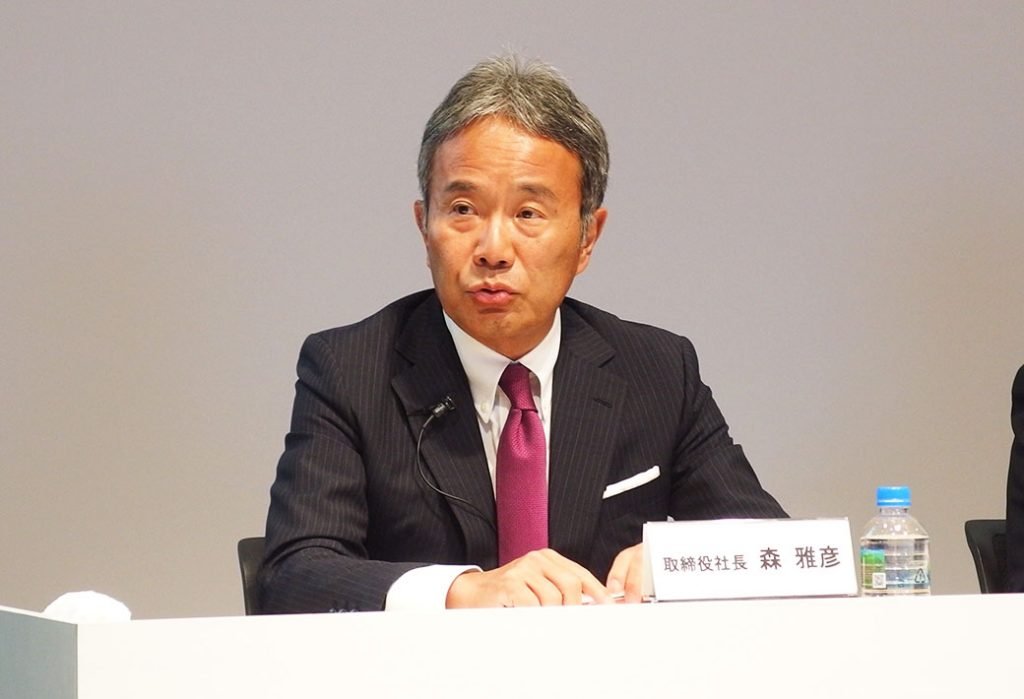 DMG MORI announced the financial results of the second quarter of December 2019 at the head office in Nakamura-ku, Nagoya and global headquarters in Koto-ku, Tokyo on August 6, 2019.

DMG MORI succeeded in proposing 5-axis and multi-tasking machine, and a system that adds automated equipment to machines. The order price per machine increased 5% from the previous year to approximately 37 million yen. The sales and profits increased, but the company had been affected by the economic downturn. The orders in the first half of the fiscal year were 223.4 billion yen, down 21.7% from the same period of the previous fiscal year.

Dr. Masahiko Mori president (photo) said, “the orders are bottoming out now. There is little impact on our second half production because we have a certain backlog. However, some users postpone their capital investment seeing the state of politics. It will take six months to one year until market conditions is good.”