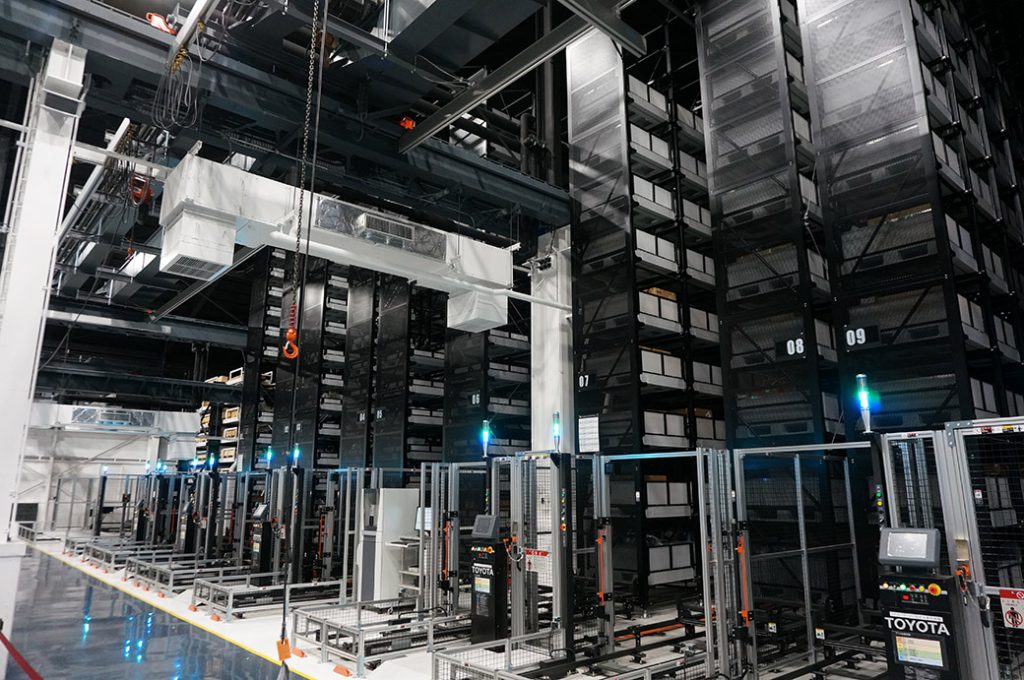 DMG MORI established a global parts center (PC) in Iga campus, the company’s main manufacturing base on July 9, 2019. President Dr. Masahiko Mori said at the opening ceremony, “the sales will reach nearly 1 trillion yen by 2030.” The latest model of machine tools and cutting-edge technologies were showcased at the open house held for 5 days from July 9, 2019.

DMG MORI established the global PC on July 9, 2019 with a floor area of 12,810 square meters in Iga campus, one of its most important manufacturing bases in Iga City, Mie Prefecture. 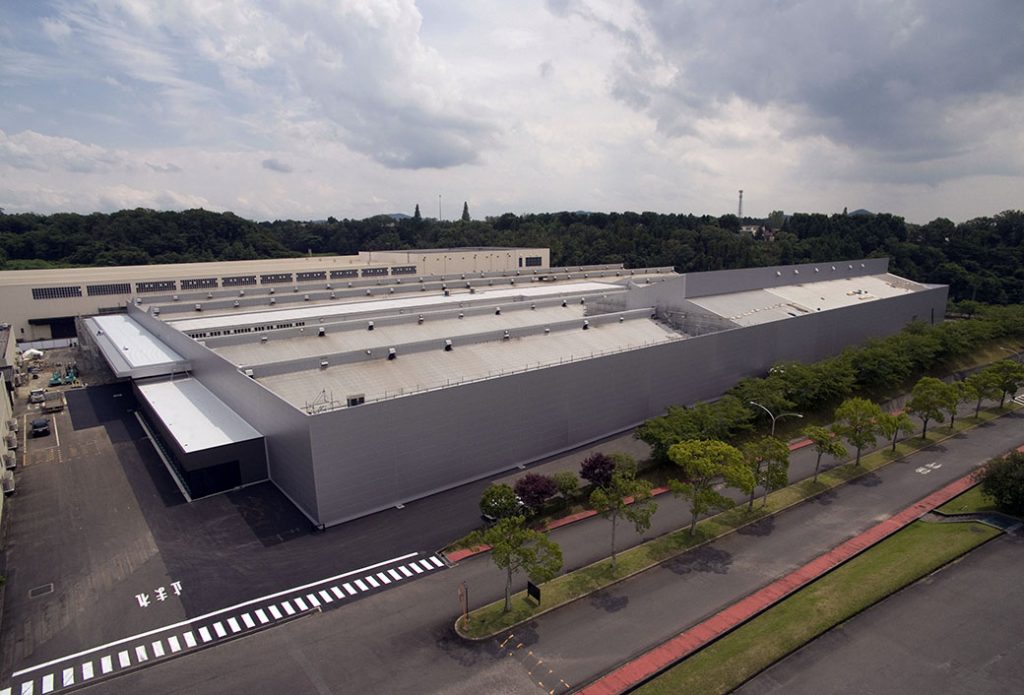 Iga global PC can accommodate 100,000 spare parts, equivalent to a total of 6 to 7 billion yen. The floor space is about the same as that of Nara Campus PC, but the capacity is 1.5 times larger. The shipment rate of spare parts within 24 hours is 95%, which is ordered from domestic and overseas customers. The bucket warehouse accommodating small parts has nine automatic warehouses with 26,000 buckets. The pallet warehouse accommodates four automatic warehouses with 6,000 pallets and can load the largest 1t of parts. Services representatives in the machine tool industry are usually distressed by the storage of long sized parts. The large-sized automatic warehouse for exclusive use enables long parts to store up to 7m length. A gantry loader is attached to the top of the warehouse, allowing parts to be moved in and out over the warehouse.

Other major facilities are as follows. The global PC has an automatic warehouse for small parts with 604 shelves, medium-volume rack for small parts, a case conveyor line, and a movable rack. 55 employees will work. The operator uses a portable scanner called a “handy terminal”, and sorts and manages the parts by scanning a QR code unique to the parts. This huge warehouse system is integrated and controlled by a management system made by Toyota Industries. Kazue Sasaki, executive vice president of Toyota Industries, said, “we are proud of making THIS front-runner system although we have delivered a lot of automatic warehouses in Japan and overseas so far.”

CIMT2019 Report: What Japanese companies propose to the Chinese market? (2/3)