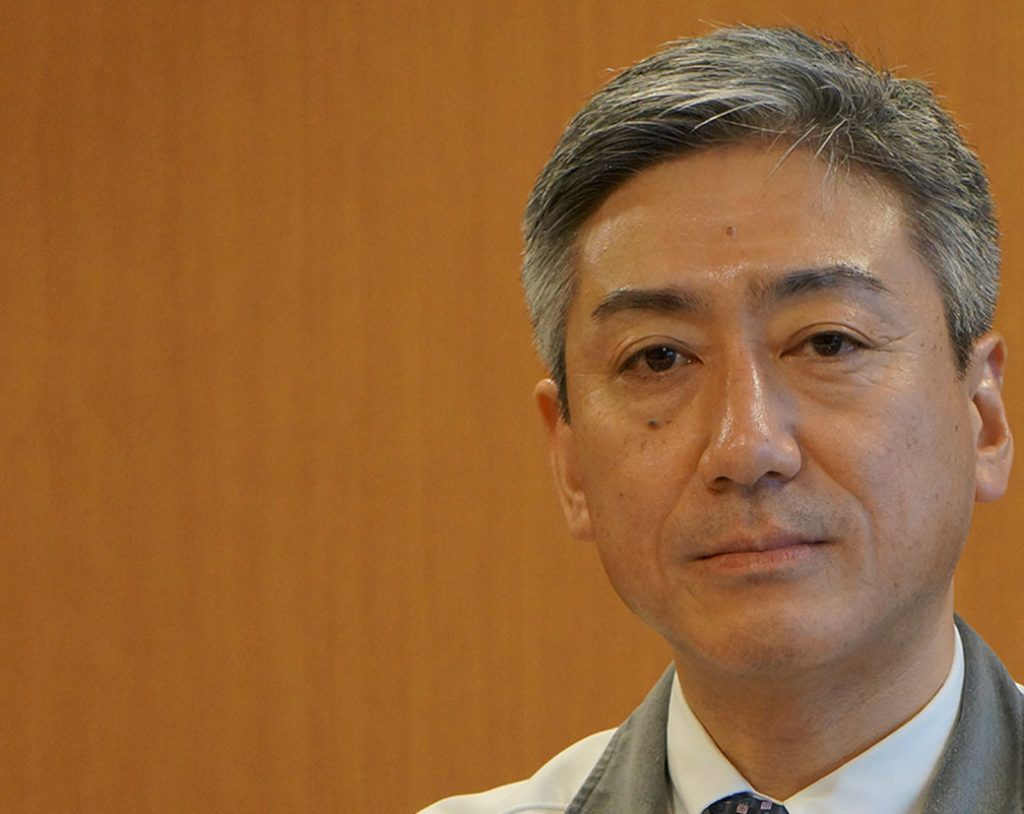 A period of automotive reform is an opportunity

Sugino Machine (Uozu City, Toyama Prefecture) deals in a wide variety of industrial equipment, including machine tools. Mr. Yoshiaki Sugino, who was appointed president in June 2019 says proudly, “It is in our company’s DNA to think, ‘Let’s make new things and amaze the world.'” He explains, “The automotive industry is currently undergoing a once-in-a-century period of reform. It is an opportunity for our company, which has a lot of technologies to offer.”

– You were appointed president in June in such an environment.

Even before I was appointed, I have always said in the company, “Let’s take on the challenge! Let’s try! Don’t be afraid of making mistakes!” Our company is a technology development–oriented enterprise. New product development and new market development are like the two wheels of a cart. We have to move forward on both of them.

– Tell us about your challenges.

One of my concerns is that it feels a bit like our employees have become afraid of making mistakes. Our company has grown larger than it has been in the past, and one aspect of this is that it seems to be affected by the so-called big company disease. I would very much like employees to take on new challenges proactively and boldly. In addition, I would like to expand our overseas business even more; however, I have learned through our relationships with overseas companies that our company is one of the best on the technology, but is not yet there on documentation. We have a lot of issues, including recruitment, human resource development, and presentation techniques. Another issue is that we have not been able to develop new products very well. In the last few years, the Precision Machine Division has been especially busy. We have been busy responding to orders and have not done what we really should have done. Now that capital investment by car manufacturers is depressed, I would like to take this opportunity to rebuild our strength.

– Looking back at your career, when was the turning point?

It was the five years during which I was assigned to China. I moved to Shanghai in the autumn of 2002. My assignment was to start our first base in China to develop local customers. Just when I was thinking “It’s going pretty well,” because of the sale of drilling units soon after I arrived, there was an outbreak of SARS (Severe Acute Respiratory Syndrome), and movement restrictions were put in place; as a result, I was not allowed to leave Shanghai for business. After that, there were always things I struggled with every year. However, I managed to stabilize management in the end with the support of our employees and business connections. I really thought, “Nationality doesn’t matter as long as we treat each other with cordiality.”

– Have you experienced any changes in yourself?

I became bold. For instance, state-owned chemical plants are located in the countryside in China. One day, I went into the countryside by taxi for business and forgot to ask the driver to wait until my business meeting was over, so I had no way to get back from there. So I stopped a farmer passing by on a motorbike, and I managed to return to town by riding on the back. It is a great asset for me to have been able to do business in the rapidly growing, blazing China at that time.

Capital allocation is one of the most difficult tasks in company management; that is, how to use its tangible and non-tangible capital assets like money, buildings, land, production equipment, human resources, accumulatio of technologies etc. No company has infinite capital so I always wonder why Sugino Machine is able to challenge such a lot of business fields with a bunch of cutting-edge technologies. Midas touch? Mr. Sugino told me before that the company had NEVER ended in deficit since it was established and has been keeping non-debt management even its history is always to tackle to new technology and new business field development! Gee, I could not discover its secret again.