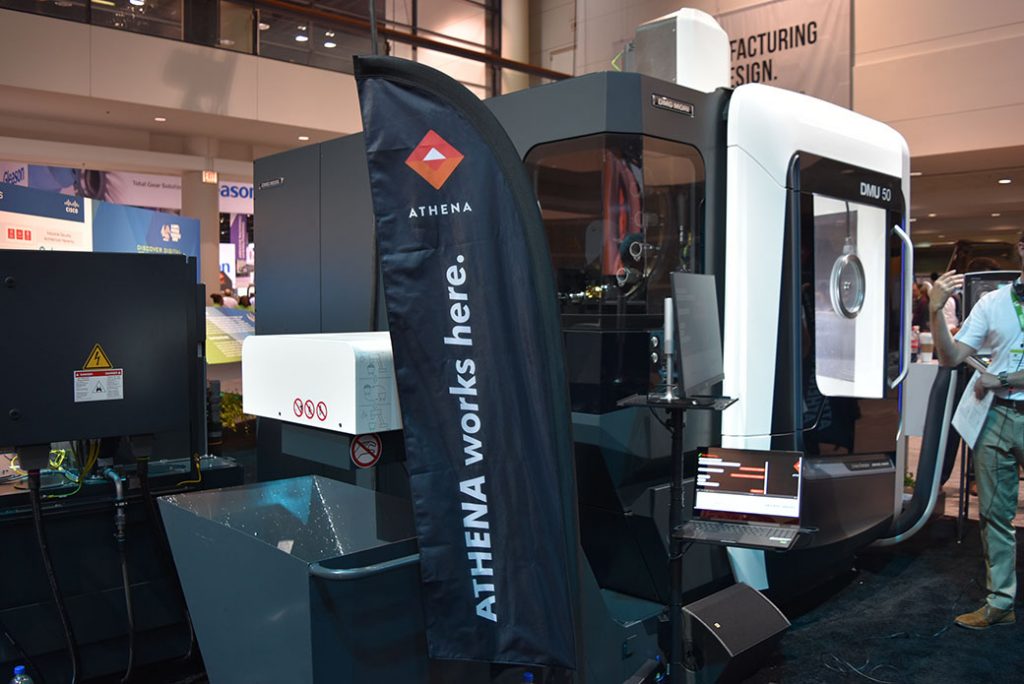 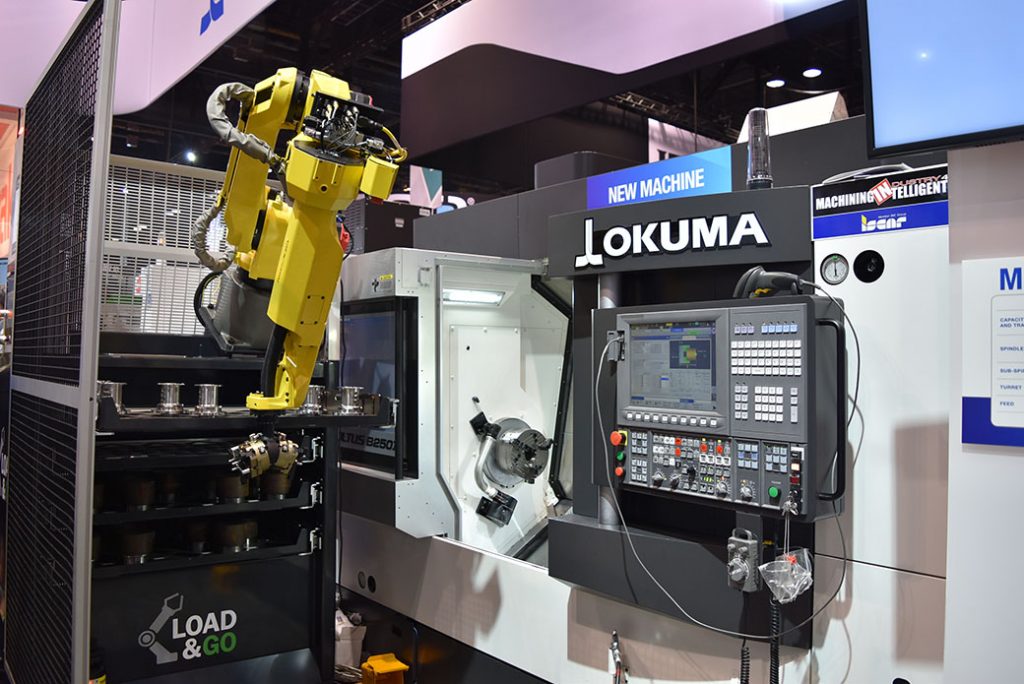 Okuma made half of the whole booth “automation sideway”, and showed various automation systems.

“LOAD & GO” （photo）attracted attention and it is a new automation system that eliminates the need for cumbersome teaching. “LOAD & GO” was exhibited in combination with a lathe based multi-tasking machine “MULTUS B250Ⅱ”. “Flexible automated systems can be built,” Atsushi Ieki emphasizes.

European and US markets are considered as important ones/Sugino Machine 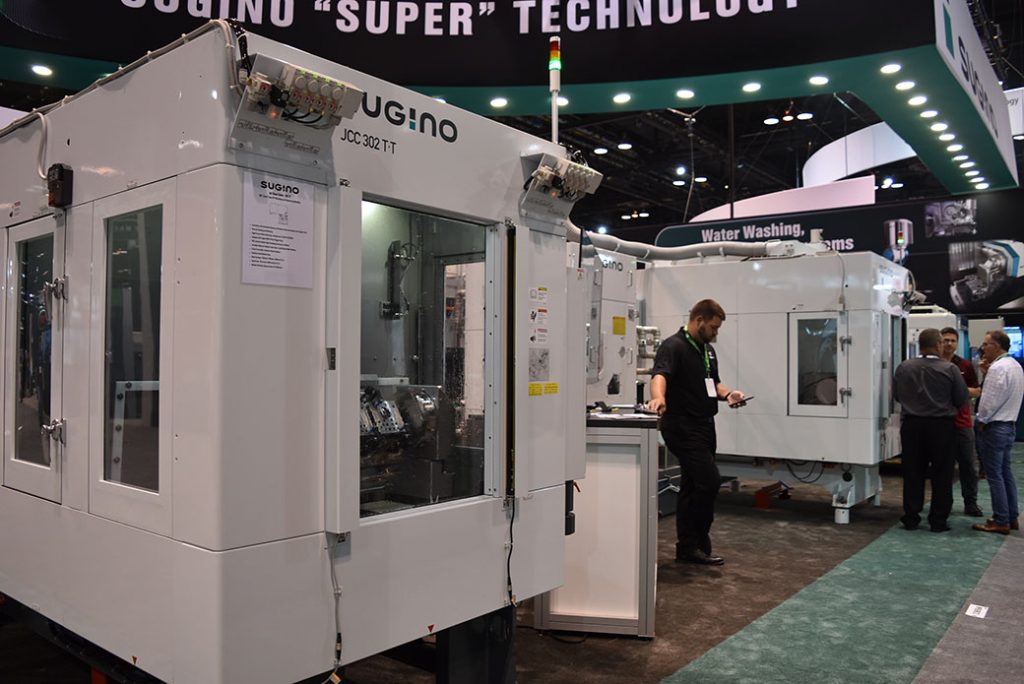 Sugino Machine proposed a robotic hand-type ultra-high-pressure washing machine, “JCC 603 ROBO”, and aimed to expand their business into North American automotive industry. It is ultrahigh pressure water up to 245 MPa. It realizes deburring in addition to cleaning components.

“Both North American and European markets are very important to us.” Yoshiaki Sugino, director and executive vice president, emphasized.

“There are some automobile manufacturers’ mother factories in both markets. We will be able to expand horizontally into Asian markets such as China if these factories are considered to work successfully.” Akiteru Tsuji, president for Americas and Europe said.

Sugino Machine showed off not only washing machines, but also 5-axis MC, deburring tool and mirror finishing tool. Sugino Machine focused on incorporating demand from the automobile industry and others.

Shigiya Machinery Works showed a number of the most popular products in an attempt to capture the strong demand in North America.

These were showed off for wide range of visitors including the automobile and aircraft industries, and job shops.