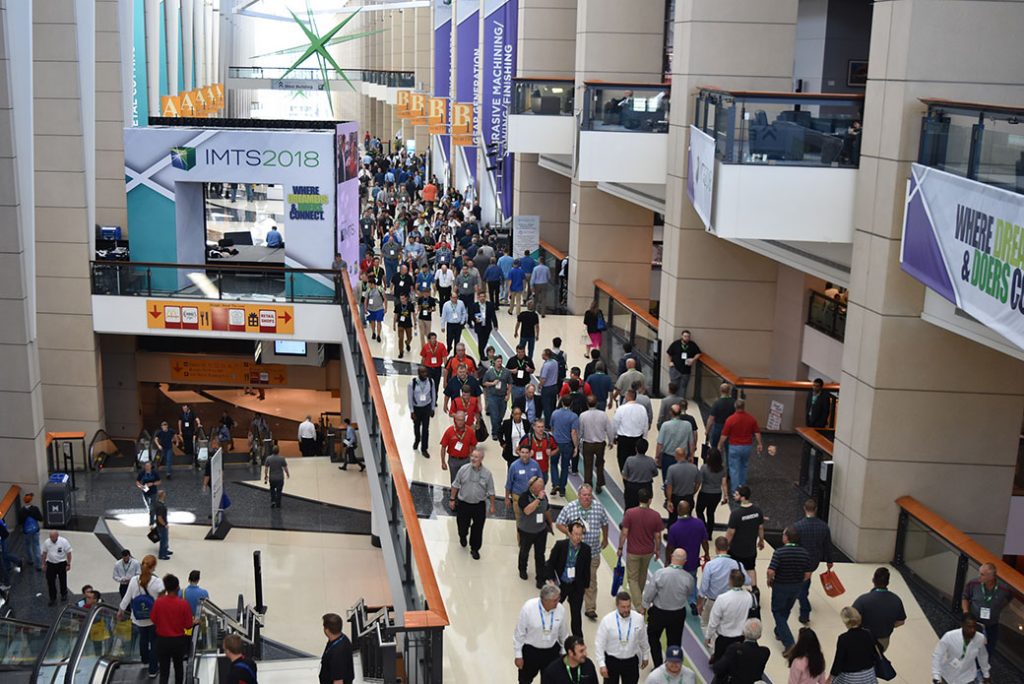 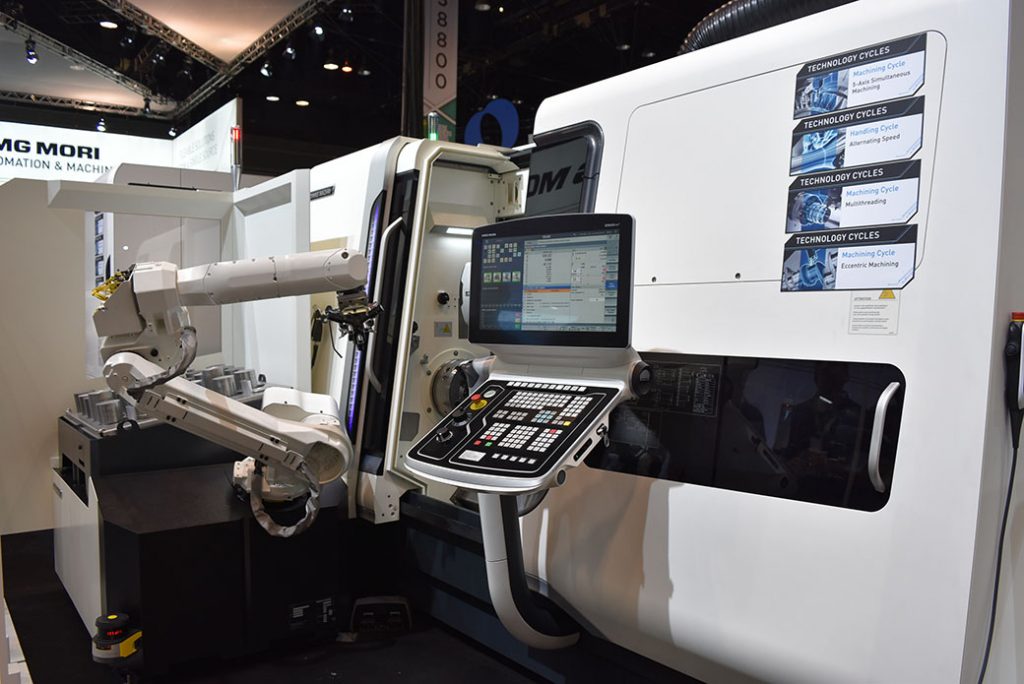 DMG MORI has been expanding sales of packaged products recently such as “MATRIS”, a robotic system that can be easily operated without specialized knowledge.

President Masahiko Mori said, “loading and unloading work pieces are the least interesting and value-added work in the factory, it is better to automate and eliminate these jobs.” 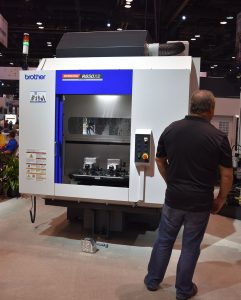 The number of tool magazines was increased from 22 to 40, without changing the performance of the conventional one. It’s MC for job shops, which is responsible for various types of machining.

Brother Industries has focused on product development, which is for Asian market such as China. It has not worked for European and US markets so far.

However, Makoto Hoshi, executive officer, said, “recently, we also have focused on developing the European and US markets, and we also developed this MC with the awareness of the European and American markets.” 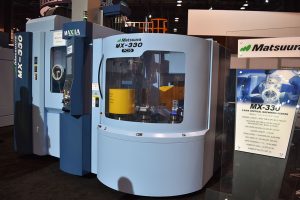 Its original PC were mounted on 5-axis machining centers “MX-330” and “MX-520”, and simple automation was proposed.

“We contribute to the automation of high-variety, low-volume production,” said Yuto Matsuura, manager of corporate planning and administration office.

This is the second time to have its own booth, not through a local trading company in IMTS. “The medical industry is in good situation in the US market. A lot of people visited us and we feel a certain response in this exhibition,” said proudly Katsutoshi Matsuura. 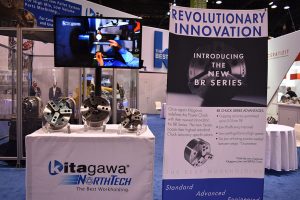 The accuracy of grasping was improved compared with the conventional product, and the loss of grasping force was reduced during high-speed rotation.

President Hisashi Fujimoto, Kitagawa Global hand Company said, “there is a high need for turning and machining at high speeds for the reduction of tact time, and this is a product that responds to that need.