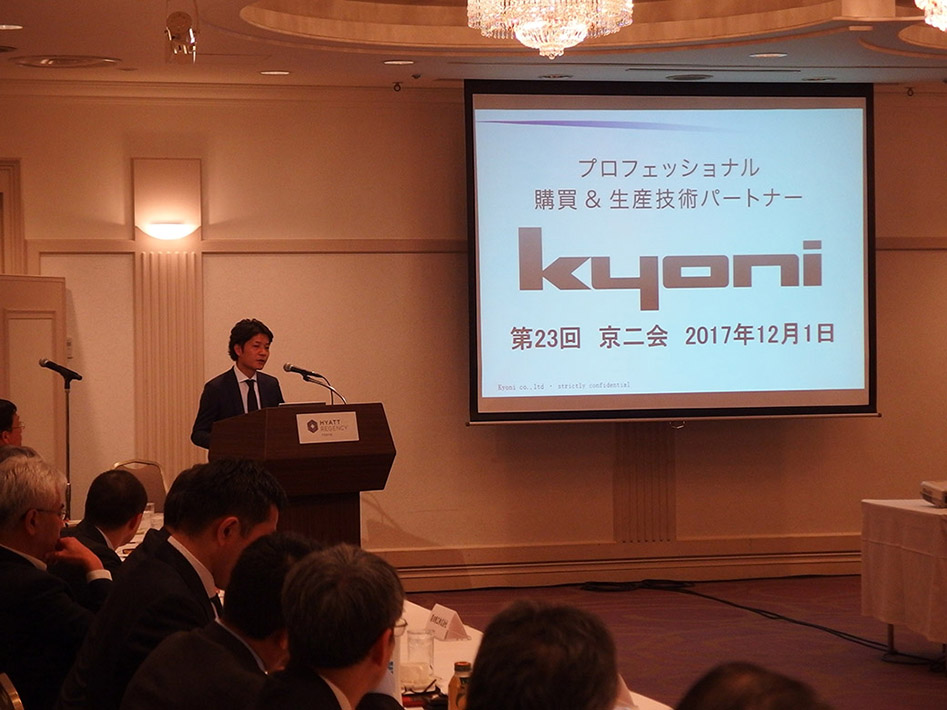 About 40 companies, including suppliers attended the meeiting. Munehisa Iguchi, president of Kyoni, gave an overview of the business. The sales in the fiscal year ended September 2017 increased by 2.7% from the previous year to 4,753 million yen, and normal revenues increased by 16.3% to 167 million yen.

In addition, in 2005, Kyoni began to import and sales of Chinese products such as cutting tools, casting and other products. And the company also introduced the fact that sales of Chinese products have grown to account for 8% of total sales. “The current situation is good, but we can’t just focus on the present. We launched the robot promotion room one year ago. We would like to focus on selling robots,” said Mr. Iguchi.

Then, Hiroshi Terauchi, robot promotion room staff of Kyoni, introduced the impression of the “International Robot Exhibition” at the end of November and the collaborative robot of Nachi Fujikoshi announced there. Mr. Terauchi said, “Collaborative robots are expected to expand the market.”

Tadashi Yoshimotoi, Manager of Mitsubishi UFJ Research & Consulting, gave a lecture on the use of IoT.