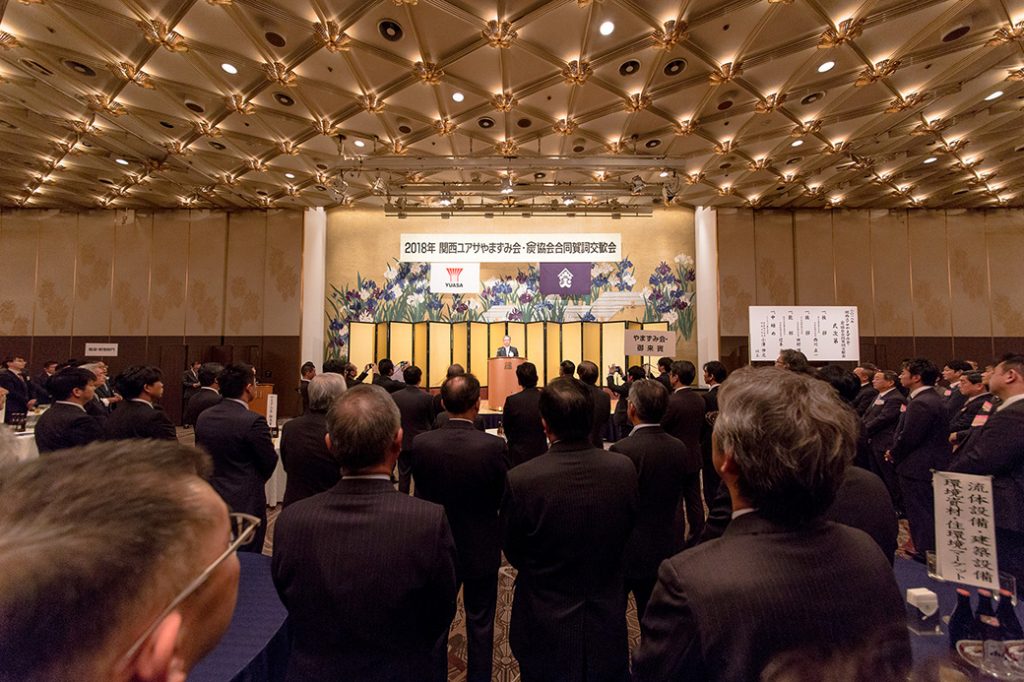 863 people which exceeding last year attended from the companies which belonged to those association.  At the beginning of the ceremony, Shoichi Nishikawa , the president of Nishikawa Sangyo, greeted on behalf of the Yamazumi association.

After that, Hiroyuki Tamura, the president of Yuasa trading said “The automobile and semiconductor-related industry are active, and the machine tool industry will continue to be in a high-level state.”  He also talked about the fact that the structure of society and business has reached a big turning point with a declining population while the demand for Tokyo Olympic is becoming full-scale.

He said “now is the chance for dramatic changes.”  New Year Ceremony was also held in Nagoya and Tokyo.  At the venue, attendees greeted each other with bright facial expressions which reflect favorable economic situation.