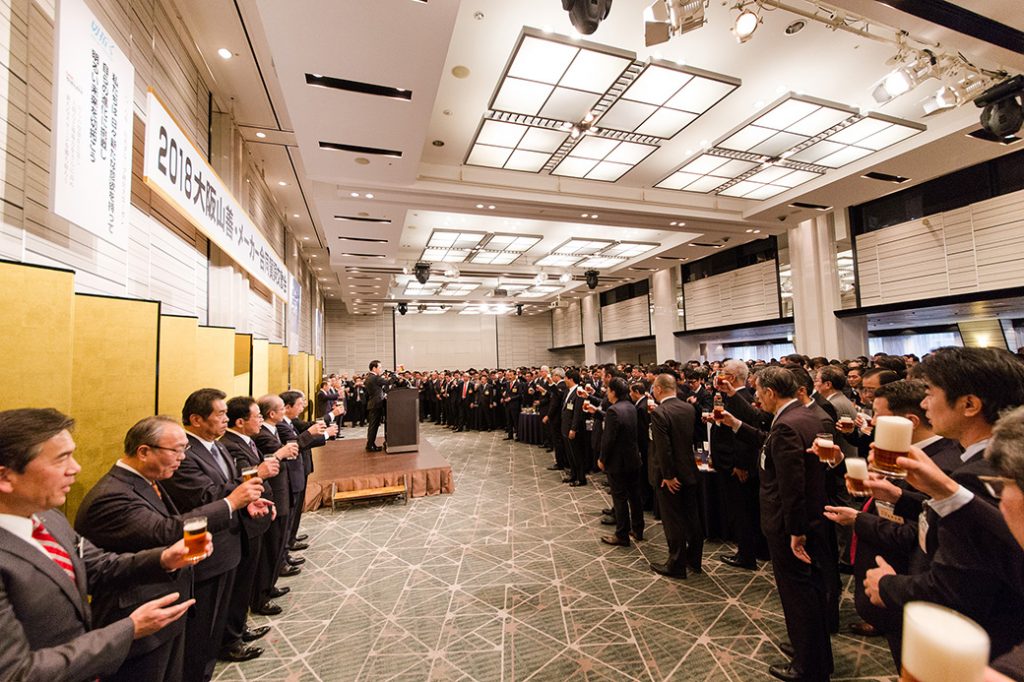 Yamazen held “Joint New Year Ceremony 2018 with Yamazen Osaka and partner makers” in a hotel in Osaka City (=photograph) on January 5th 2018. Yuji Nagao who took office as president of Yamazen in last year and the chairman Meguru Nakata attended.  More than 800 people from 384 companies including FA manufacturers and household equipment manufacturers participated.  At the opening of the ceremony, president Nagao said “Even though we have geopolitical risks in various areas, the economy is basically strong.  Machine manufactures have problems in delivery of key components. However it is expected that economy is strong for a moment.  Many people have an interest in attraction of the world expo in Osaka.  I would like to make Japan energetic from Osaka”.  He also said “the management slogan in this year is ≪”Let challenge own evolution with new motivation every day and open up a bright future≫.”   They also held New Year Ceremony in Tokyo, Nagoya, Fukuoka, and Hiroshima, and 2745 people from 1,472 companies participated.  They aim to achieve sales of 500 billion yen and ordinary income of 15 billion yen In the last fiscal year.