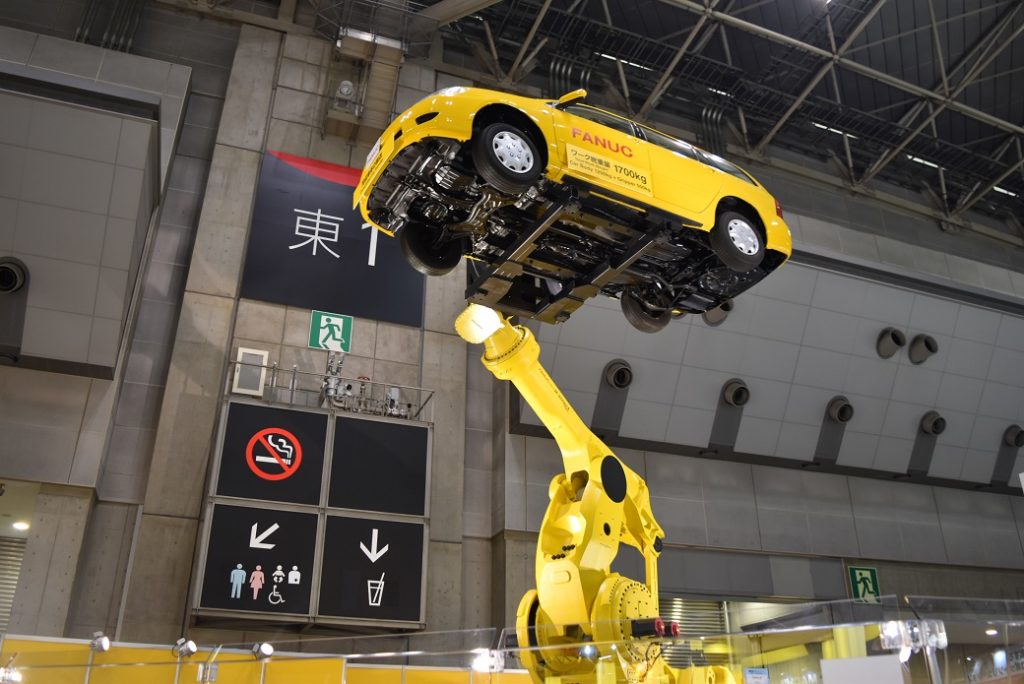 robot digest conducted the reader survey in Japan to investigate the introduction status of industrial robots and how impression do readers have for industrial robots. It is generally said large manufacturers introduce industrial robots more than SMEs, but how is it really? How many people feel effective in introducing industrial robots, and what are the specific advantages? The survey results are disclosed below.

robot digest is a web magazine which established on November 2018 and offers the articles related to industrial robots in Japan. robot digest runs by News Digest Publishing, which also operates SEISANZAI Japan. robot digest delivers useful information such as new product, introduction examples of robot users, researchers and system integrator for those who are interested in introducing industrial robots and engaged in the robot industry under the motto “supporting robotization and automation at manufacturing site”.

The introduction status of robots is proportional to the company size

The survey period is about 2 weeks from September 4 to 13, 2019. robot digest asked mail magazine subscribers, the followers of Facebook and Twitter to cooperate in survey responses. The number of valid responses was 311. The respondents seem to be highly interested in industrial robots because the survey is applicable to robot digest readers. Let’s see the following result assuming this. 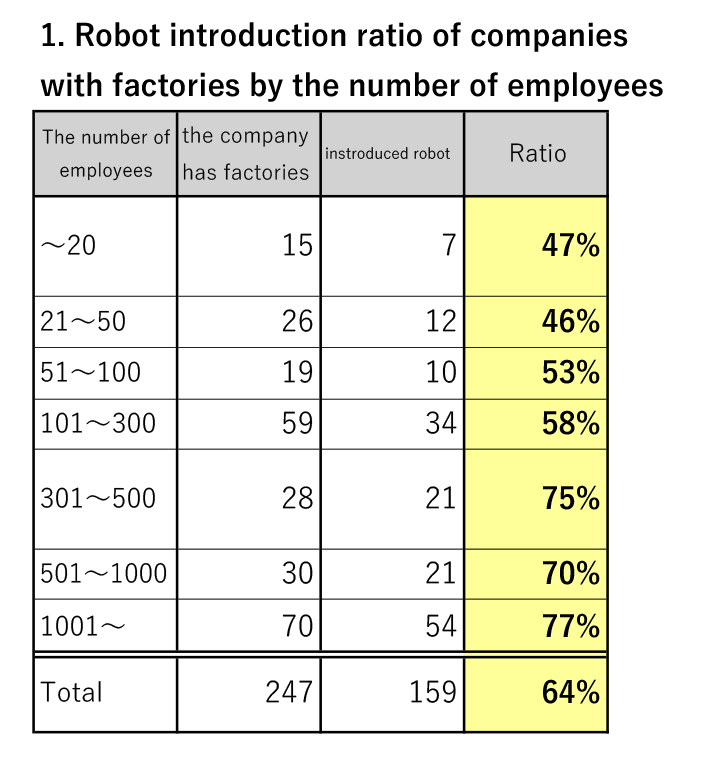 In this survey, out of 247 respondents who replied that “our company has factories”, 64% of 159 respondents answered that “our company introduces industrial robots”. It is generally considered that large manufacturers introduce industrial robots more than SMEs. The result of survey shows by number of employees in order to consider the introduction status of robots by company size. The result is that the introduction status of industrial robots is in proportion to size of the company (Table 1). In this survey, the result is what everyone expected.

87% of people feel the benefits of introducing industrial robots 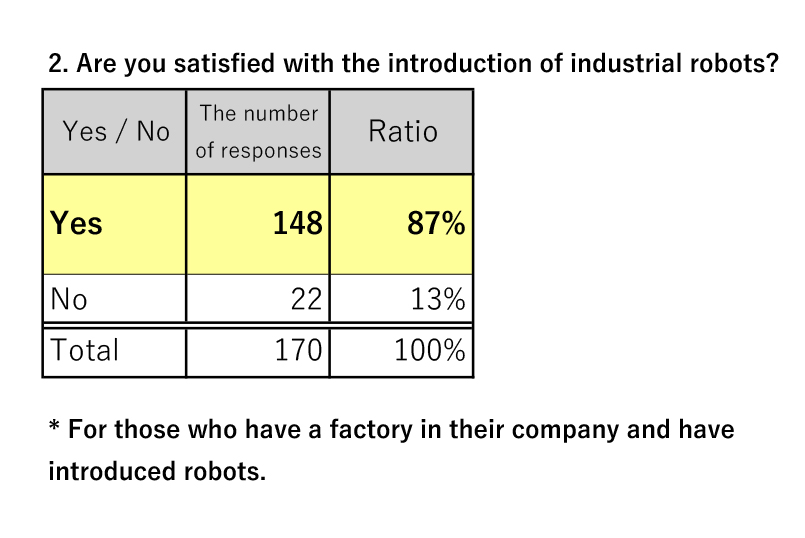 In the survey, robot digest asked the readers whether they are satisfied with the introduction of robot. This question is for people who have a factory in their company and have introduced industrial robots. Almost 90% of the respondents answered “satisfied” (Table 2).

Besides, when asked how effective it is, many people answered “production quality and production pace are stable”, “It enables automation and labor saving” and “it is possible to operate at nights and on holidays” regardless of the size of the industry or company.

The followings are the main opinions:

・ Efficiency of production and stabilities of accuracy were achieved. (male in his 60s, more than 1000 employees, metalworking industry)

・ Automation of night operation was realized by simplifying the manual work of operators. (male in his 50s, 301-500 employees, metalworking industry)

・ Manual works and repetitive works were decreased. (male in his 50s, over 1000 employees, metalworking industry)

・It is possible to produce stably. (male in his 50s, over 1000 employees, robot system integrator )

・ The introduction of robot leads to increasing the operation time of machine tools automatically. (male in his 50s, 101-300 employees, metalworking industry)

……The second part of this articles will be uploaded on December 4th.