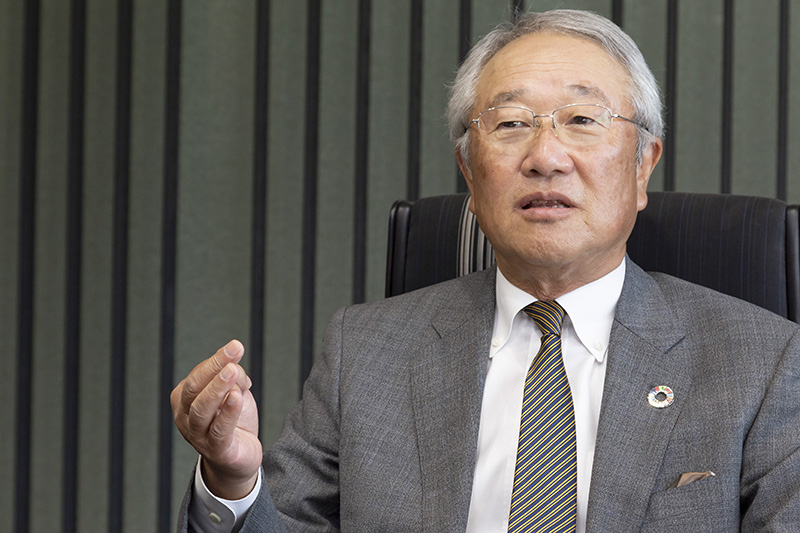 The environment for R&D and introduction of industrial robots is rapidly changing. YASKAWA Electric Corporation, a leading manufacturer of robots, uses cutting-edge technologies, such as AI and digital twins, to develop robots and applications and works on human resource development and technical support for users. While creating an environment where small and medium-sized companies can easily introduce robots, as a manufacturer, YASKAWA Electric will establish a system to develop markets in new areas.

– What are the current market conditions for industrial robots?

The biggest user of robots is the automobile industry, followed by the electronics industry, so a big factor has been that both industries have been depressed. There are two reasons that drive investment in the automobile industry: production increases and model changes. The current period is in the interval between model changes, and investment to increase production, which has lasted for several years, has almost ended. Mass production of new models in smartphone-related electronics businesses has also been delayed. In addition, U.S.-China trade friction has had an impact.

– What is the current state of robot division YASKAWA Electric Corporation?

Inventory of robots increased due to a decline in demand that was beyond our expectations; however, a certain amount of inventory could be adjusted, and we seem to be in a lull for the moment. Now, we are waiting for a chance to start growing.

– What about future prospects? 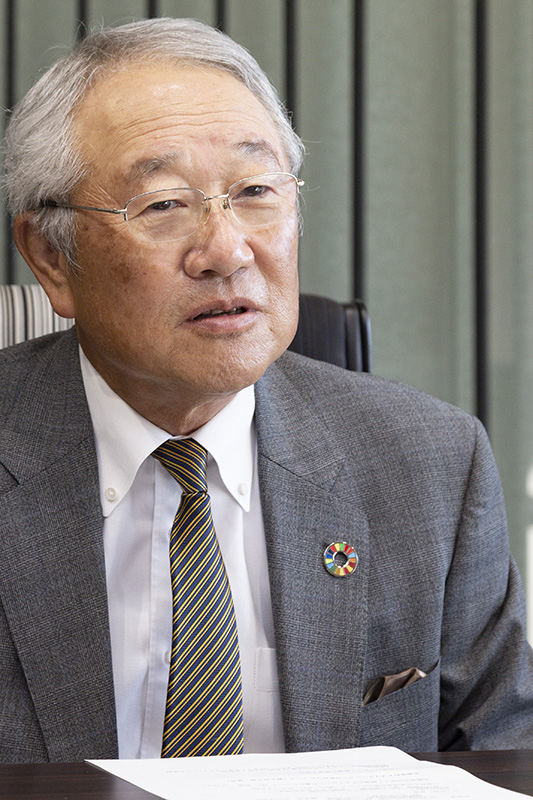 Currently, the desire for automation is more powerful than expected, regardless of the increase in production. One of the factors for this is that use of robots is becoming common in the field of distribution, including picking, packing, and palletizing. While the biggest decline has been in China, it seems that U.S.-China trade friction has not impacted demand itself but has significantly impacted investment sentiment. It is hard to predict when it will recover because political issues are involved. However, I am not worried in the medium to long term because investment demand for next-generation 5G communications and data centers certainly increase in the future.

– What is the state of robot-related technology development?

Advances in technology have changed robots steadily, but not dramatically. For example, image recognition technology has advanced through use of AI . Although AI is not the solution for everything, a variety of applications have been developed with AI at their core.

I think that engineers dealing with AI can be categorized based on a triangle comprised of three layers. The first layer comprises mathematicians, rather than engineers, who research AI, which is the core of the development. The second layer comprises manufactures who develop applications. The third layer comprises the production engineers of end users. While our company belongs to the second layer and develops applications in-house, we are also approaching the first layer in order to develop AI that can be used more extensively. Because this requires fresh ways of thinking, we are collaborating with Cross Compass Ltd. (located in Chuo-ku, Tokyo, and led by Katsunobu Suzuki, CEO), an external company that is not bound by our common practices, through a capital alliance.

– It is also important to train the production engineers of users in the third layer.

When the production engineers of end users become able to handle AI, the robot market’s base will expand. We aim to develop easy-to-use applications for industrial engineers who use robots for the first time. Applications are rapidly being developed, and it’s a really interesting situation.

……The second of this article will be uploaded on December 20th.

You can read this article in Japanese on robot digest, industrial robot web magazine