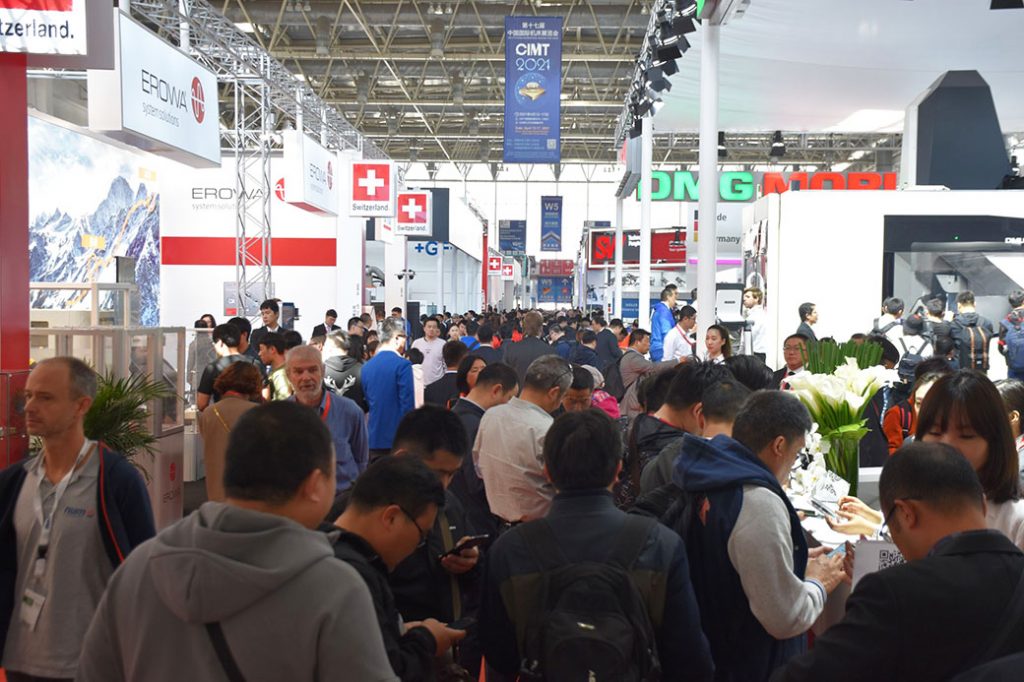 More than 1,700 companies participated. 139,000 visitors attended during six days, an increase of 2.5% over the previous exhibition.

The Chinese economy was expected to be in a slump due to trade friction between the United States and China. However, the number of visitors exceeded the previous exhibition and it seems that there is no significant decline in capital investment appetite.

The need for automation has grown rapidly in China over the past few years due to rising labor costs and strict overtime regulations. Japanese machine tool builders also actively proposed automation.

CIMT2019 reports will be posted in three times from now.

To propose the same system as JIMTOF 2018 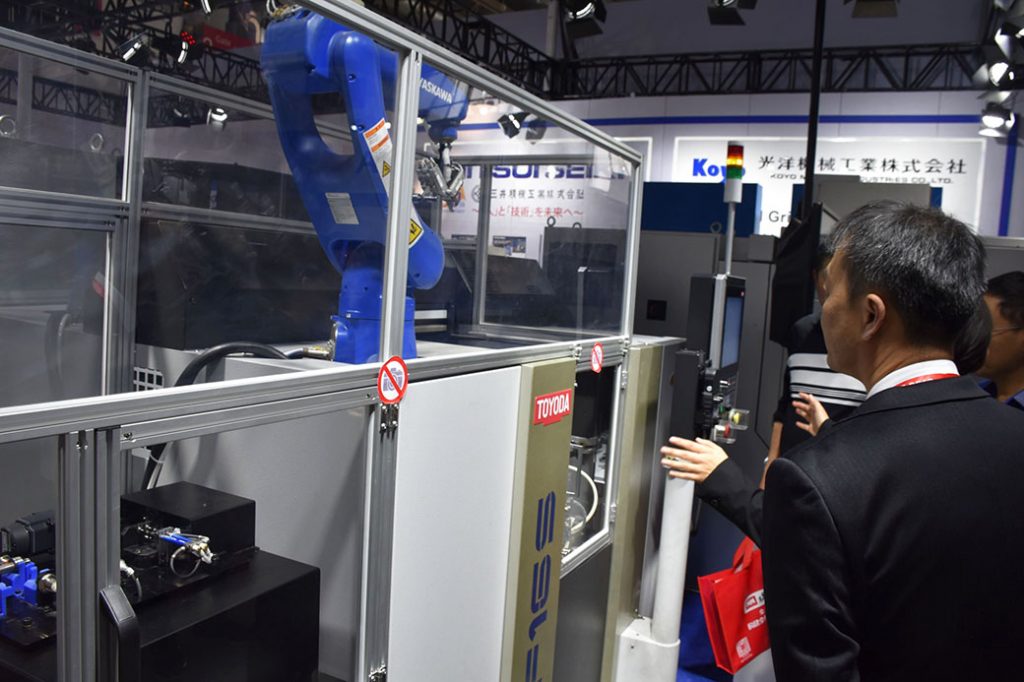 Japanese machine tool and equipment builders actively showed off automation in CIMT2019. Every company said they felt that Chinese customers needed more automation. For this reason, many companies exhibited the same systems as JIMTOF2018, which was held in Tokyo in November 2018.

JTEKT, a world-class builder of machine tool and automobile parts, displayed automated machining systems. It received a great response in JIMTOF2018. JTEKT combined the grinding machine “GF16S” with the vertical articulated robot of Yaskawa Electric. “One of the JIMTOF2018’s display concepts was an automated solution to the workforce shortage,” says JTEKT representative. “We’ve been able to propose this solution directly to Chinese markets, particularly in the automotive industry which we are good at.”

Okuma exhibited “MCR-S”, double-column machining center, for the first time in the Chinese market in response to the increase in the size of molds. It also exhibited ARMROID, a next-generation robotic system, and got a lot of attention.

Makino Milling Machine showed off the latest models of the 5-axis machining center.

FANUC presented strategic products. The logo of BEIJING-FANUC, an affiliated corporation in China, was put on the NC panel and exhibited. Hiroshi Noda, executive managing officer of the FA division said, “we have revealed the Internet of things systems localized for Chinese market. Chinese customers recognize NC as a platform. The tendency is stronger than Japanese customer.”