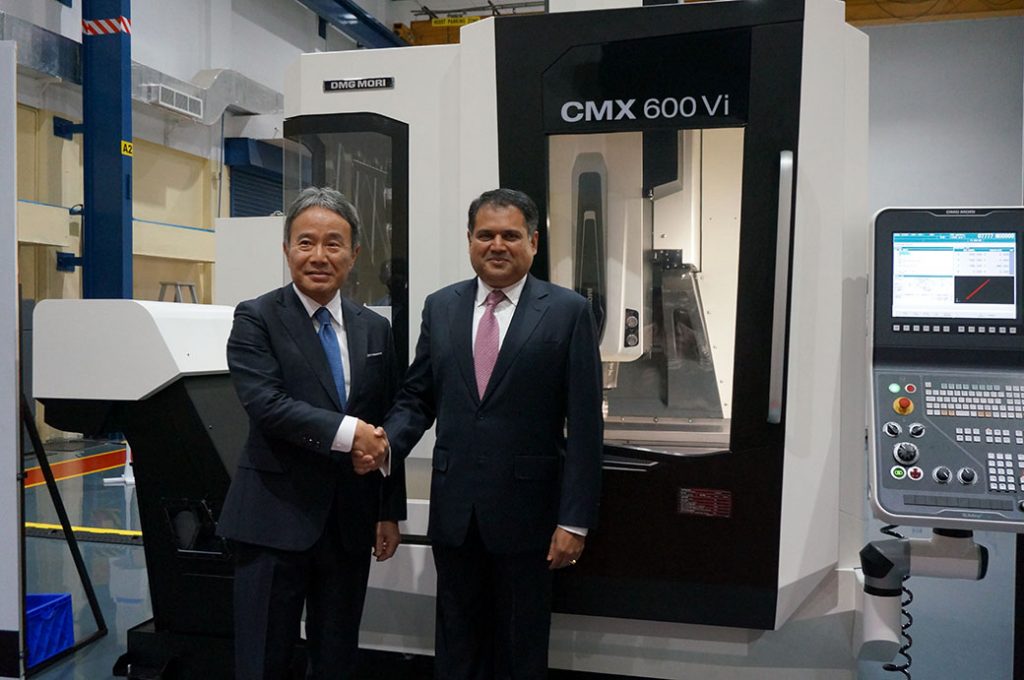 Consign the MC production to LMW

DMG MORI accelerates to expand the business at Indian market. DMG MORI commissioned Lakshmi Machine Works (LMW), a leading machine tool builder in India, to start local production of the CMX600Vi, a vertical machining center (MC) for the Indian market. “It’s a good time to invest for the future when the economy is under braking,” said Dr. Masahiko Mori, president of DMG MORI.

Production starts at pace of 10 units per month

DMG MORI started consign production of the vertical MC “CMX600Vi” for the Indian market on October 29, 2019. LMW, a leading machine tool builder in India, is responsible for production. The production will start at a pace of 10 units per month, and the number will be increased gradually while observing market trends.

Main parts are exported from Japan and assembled by LMW. As a result, the lead time from order to delivery can be significantly reduced. The price also can be reduced by 20% to 30% compared to the CMX600V of Japanese specification. The local subsidiary of DMG MORI is charge of sales and service. Dr. Masahiko Mori, president of DMG MORI, said with the confidence “When the economy is under braking, it is a good time to invest for the future.”

The building for assembling at the LMW plant is isolated from other production buildings. The number of workers who can enter the building is limited in order to avoid technology leaks, and fingerprint authentication is also required when entering the building. Dr. Mori said, “We have experience producing machine tools in various countries around the world. We already have the management know-how.”

The CMX600Vi is a compact size with a floor area of ​​2952 x 2752 mm (width x depth), but has a large machining room with 600mm, 560mm, and 510 mm of X, Y, and Z axis. It assumed to be sold for automobiles, aircraft, molds, and various industrial machines. The main purpose is not to promote to the high-end users, but to find SMEs with a certain level of technical ability and financing ability. At the commemorative ceremony held in-house at LMW on the first day of production, Sanjay Jayavarthanavelu, Chairman and Managing Director of Lakshmi Machine Works said ” we are now offering great options to Indian customers. ”

The friendship continues for 30 years 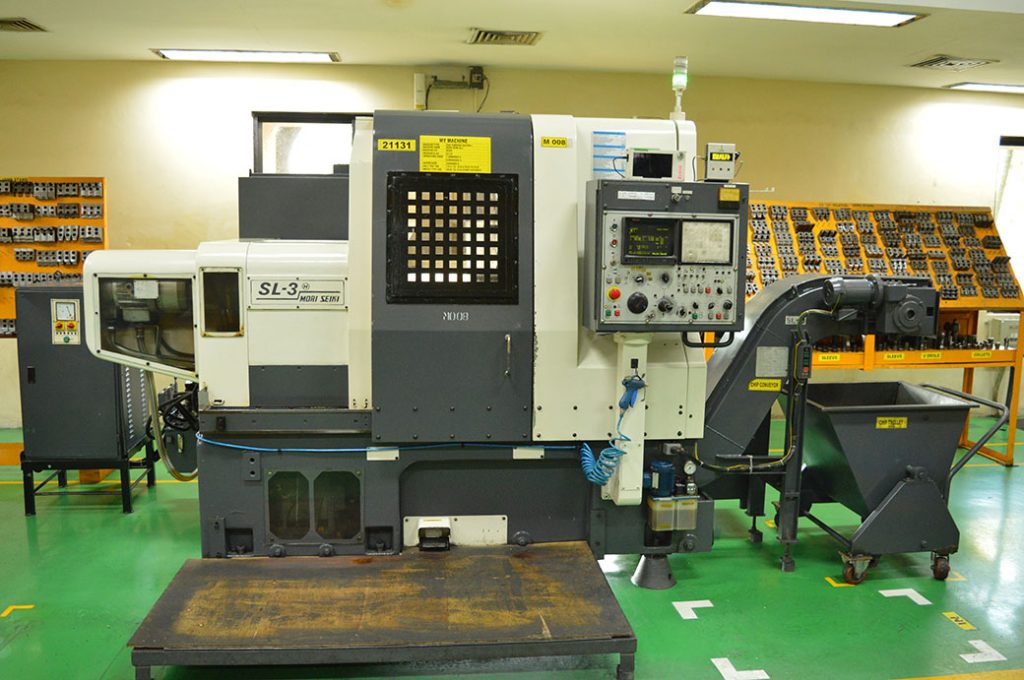 LMW started its business in 1962 as a textile machinery manufacturer. LMW expands its business to the machine tool business in 1988 when LMW signed technical alliance with (DMG MORI). Since then, the alliance has almost disappeared, but the friendship between the two companies has continued for 30 years.

LMW products are widely used in CNC lathes, vertical lathes, turning centers, vertical and horizontal MCs. The 5-axis MC also be developed by themselves. In 2018, the company produced a total of 3,200 machine tools. Apart from this commissioned production, the company has been continuing to expand production plants. Many in-house machine tools are used in the LMW ‘s parts processing plant. Its purpose is to feed back various information obtained from its own machine to development and improvement. In addition, many overseas machine tools have been introduced at key points in the process.

A large jig borer from DIXI (Switzerland) for cutting spindle parts, a grinding machine from WALDRICH COBURG, Germany, for grinding of sliding surface are used. Many other Japanese machine tools are placed at the plant. The disparity in the age of these machine tools demonstrates the history of LMW’s commitment to continuous capital investment over the years.