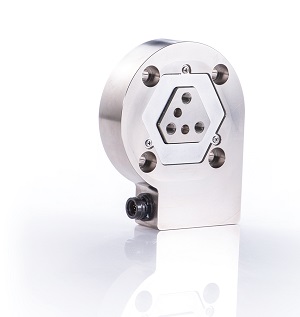 SINTOKOGIO announced on May 29, 2020 that it started production of a 6-axis force sensor “ZYXer” for industrial robot in April at the Shinshiro Works in Shinshiro City, Aichi Prefecture.

“ZYXer” simultaneously measures the forces in the vertical, horizontal, and height directions and the forces that rotate around its each direction, and can detect the force pressure to the robot hand. It excels in mechanical and electrical properties, and accurately measures the force generated in various tasks which require strong force and complicated force movement.

The robots can grind workpiece and assemble precise parts that were difficult to automate by using “ZYXer”.