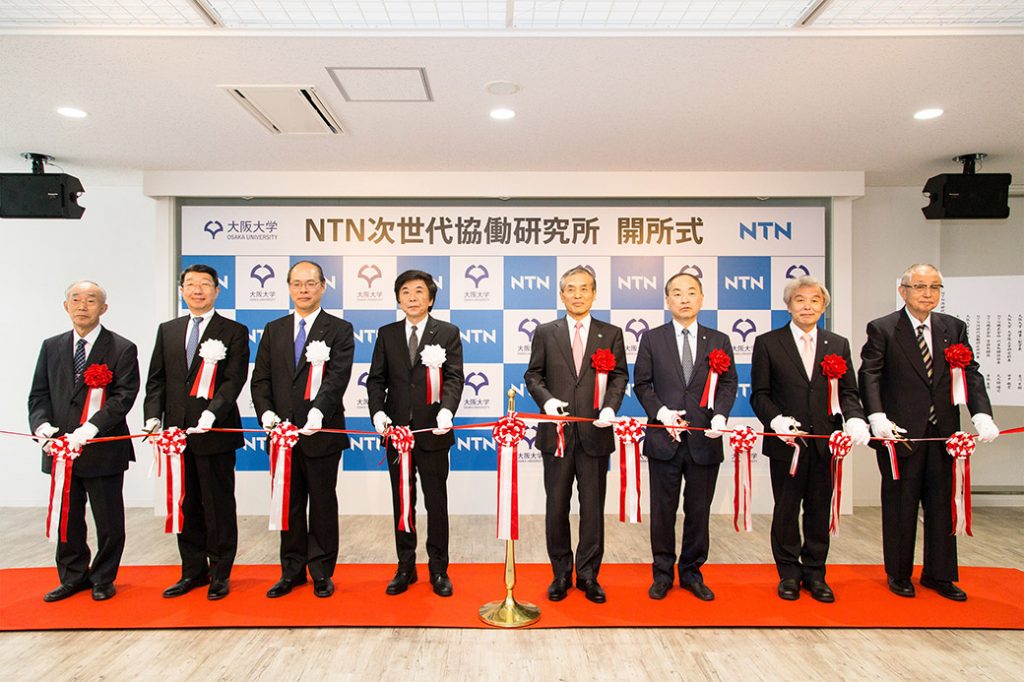 On September 1st, 2017, NTN and the Graduate School of Engineering, Osaka University jointly established the “NTN Next Generation Research Alliance Laboratory” in Osaka University.  NTN marks its 100th anniversary in March 2018. The institute is responsible for the development of basic technologies for the next 100 years.

Utilizing artificial intelligence (AI) technology, which is Osaka University’s forte, they will begin developing technology to prevent lifetime prediction and breakage with the data collected from sensors mounted on NTN bearings. Hiroshi Okubo, the president of NTN, and Shojiro Nishio, the president of Osaka University, attended the opening ceremony (photo) held on September 5, 2017.

Nishio says, “NTN and Osaka University have long been convinced that we will drive innovation as partners”. Okubo says, “We aim to integrate NTN’s basic products with advanced technologies such as AI and Internet of Things, and we want to use them to train young engineers”.

“Industry-academia collaborates at the organizational level, and we would like to match many seeds and needs,” says Yoshinobu Akamatsu who is in charge of the Institute’s office.