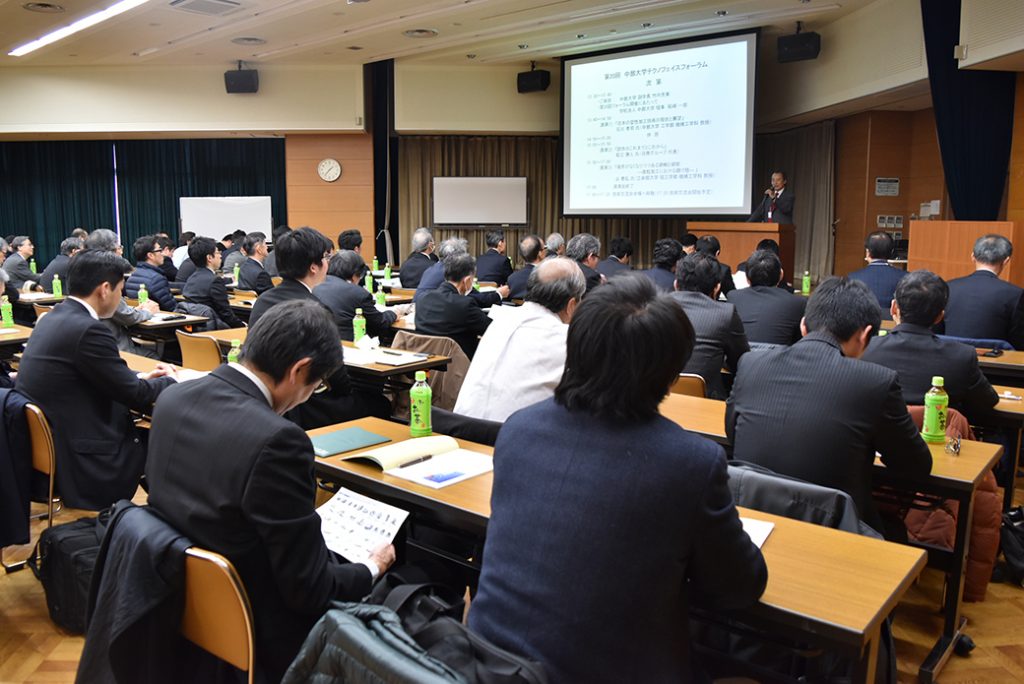 About 70 people were attended from machine tool and automobile-related manufacturers.

Takashi Ishikawa, the professor of Chubu University and Katsuto Horie, president of the Nichinan group who designed and developed prototype goods, Yasuhiro Tani professor of Ritsumeikan University were lectured.

Professor Ishikawa introduced its own research content, such as simulations in CAE, in conjunction with the automotive industry and the plastic forming, with the topic of “the current state and perspective of Japanese plastic forming technologies”.

The forum began in 2007 when Ichiro Inasaki, a director of the university, transffered to Chubu University.

It was held at a pace once a half year, and the 20th time this time.

With this in mind, Atsuo Iiyoshi, Chief Director of Chubu University commented “I heard that the first meeting was December 5 same as today’s 10 years ago, and I am very deeply moved. It was also the result of your understanding and support of the Chubu University community contribution activities that we held this forum for a long time.”