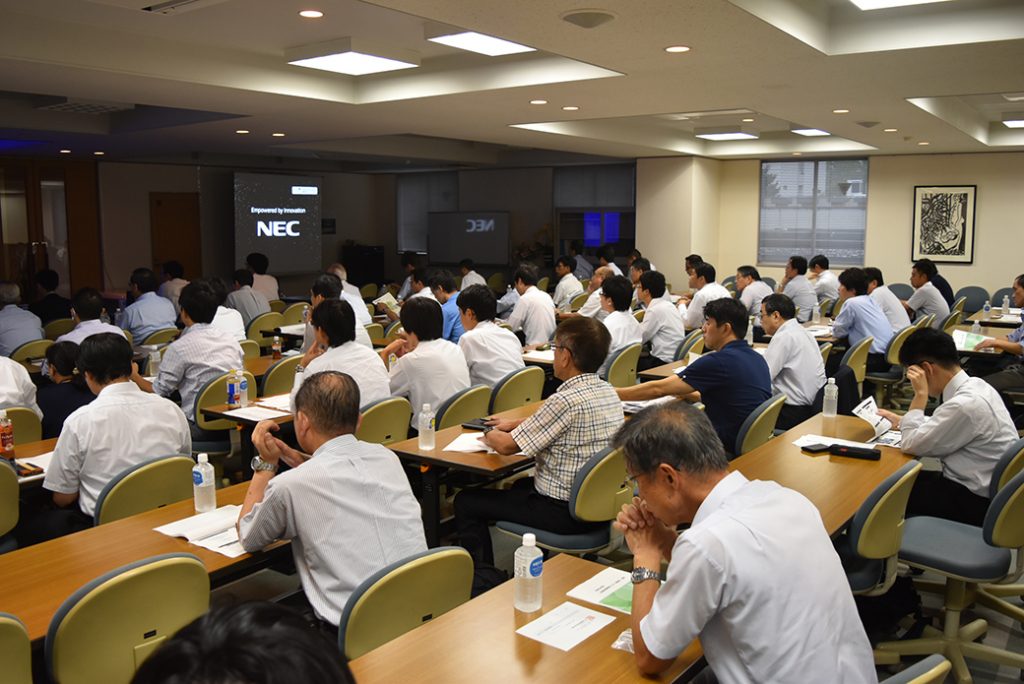 Professor Yui explained that the allowable thickness of grindstone covers differed between “ISO16089” and domestic standards, and he introduced the differences between the two standards in an easy-to-understand manner based on experimental data. Many participants showed great interest in this topic.

In addition, Naomichi Furuki, Associate Professor of Kansai University, explained how to cut die mold steel while reducing the wear of diamond tools. Various approaches such as nit riding treatment of mold steel materials were mentioned. The center was founded by Chubu University in 1988 for technical research through industry-academia collaboration.