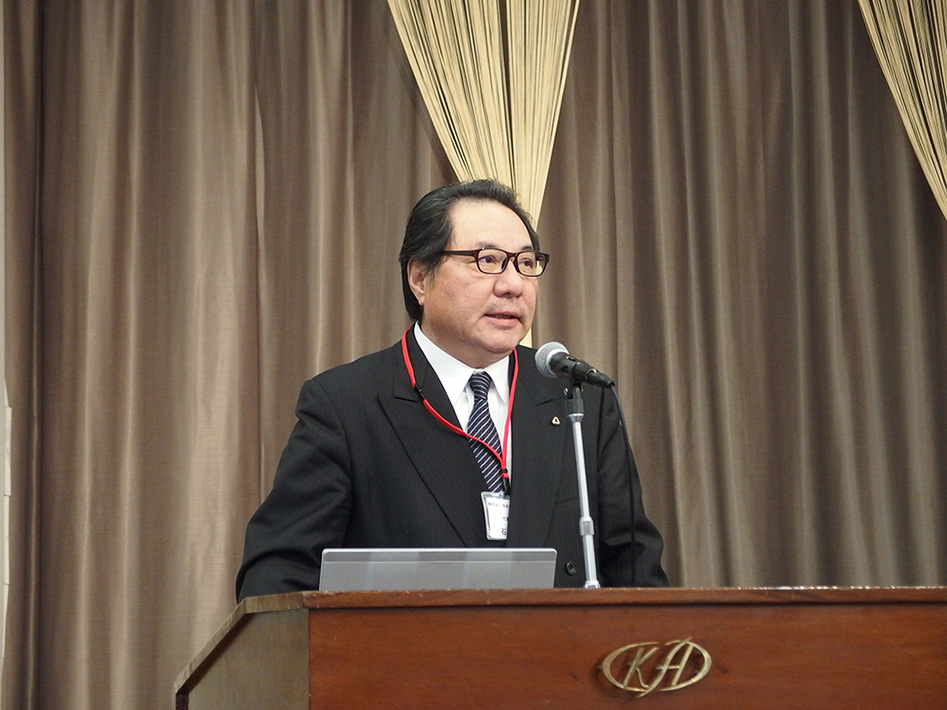 It introduced the explanation of the new model and the start of the “equipment update vintage campaign” trade-in the existing old surface grinding machine and selling the latest model at a special price.

The semiconductor industry is also mentioned as one of the attention markets.

At the close of the meeting, Tsuneyuki Ishii, the president of Okamoto Machine Tool Works said that “users are highly interested in automation through reforming their work styles. We want you to propose our products”.

Yamazen establishes distribution base for FA equipment in eastern Japan