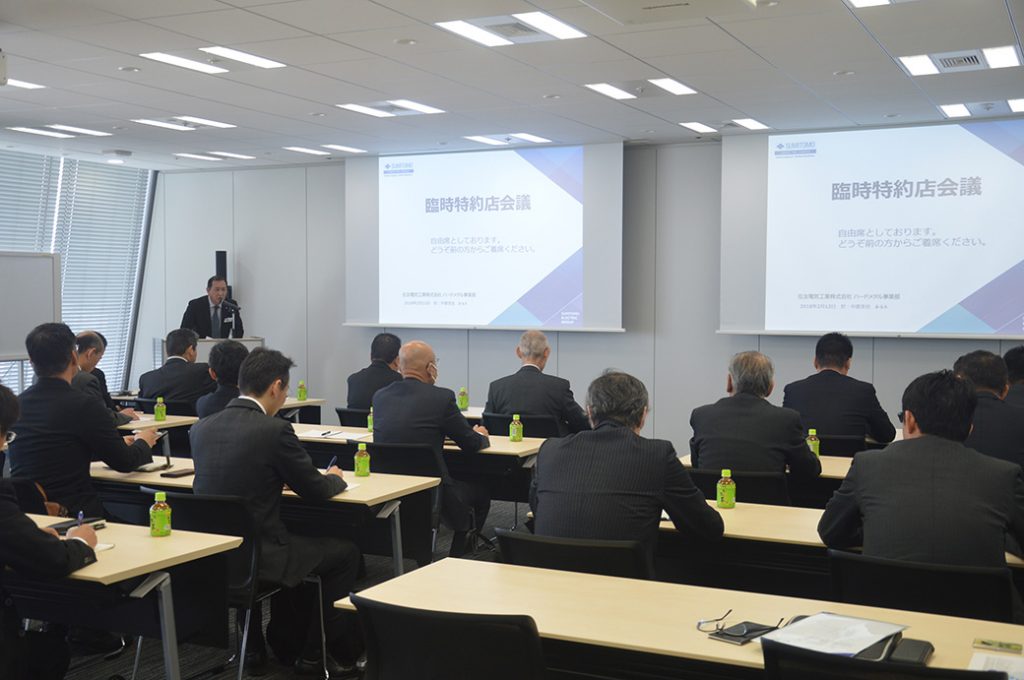 Sumitomo Electric Industries will increase the price of carbide tool products by 10-15% from April 1, 2018, orders (photo shows the special dealership meeting held on February 13).
China, the world’s largest producer of primary tungsten, is promoting environmental regulations and limiting output. As a result, the international market for tungsten has doubled over the past two years.
The tool price increase rate is 10% in the holders of tools made of cutting-edge replacement inserts, solid tools, and cemented carbide. Other cemented carbide tools are priced up to a range of 10-15%.
Sandvik, the world’s largest carbide toolmaker, will also raise its list price in Japan by several percents in the first half of this year. On February 15, Michael Eneberi, the President of the Japanese corporation, had been in an interview in Nagoya, said that “there is no reason for fluctuations in raw material prices or foreign exchange rates.” However, he said that there was a gap between domestic and overseas list price systems, and “the list of prices in Japan will be reviewed.”
Following the move by major manufacturers, other cemented carbide tool manufacturers are likely to follow suit with price increases in the future.