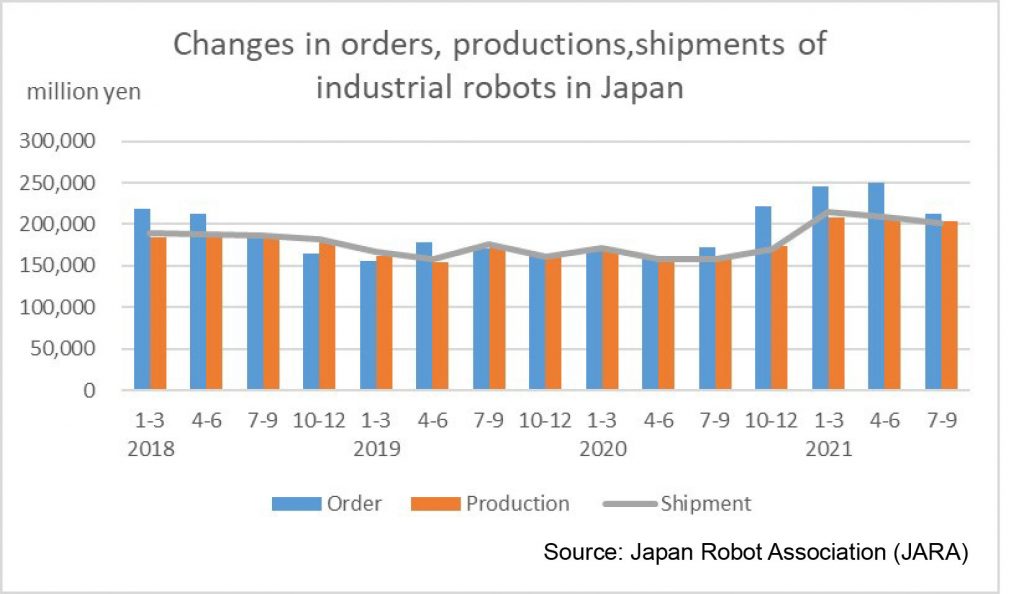 On October 28, 2021, Japan Robot Association announced the amount of orders and shipments of industrial robots based on member companies for the third quarter (July to September) of 2021.