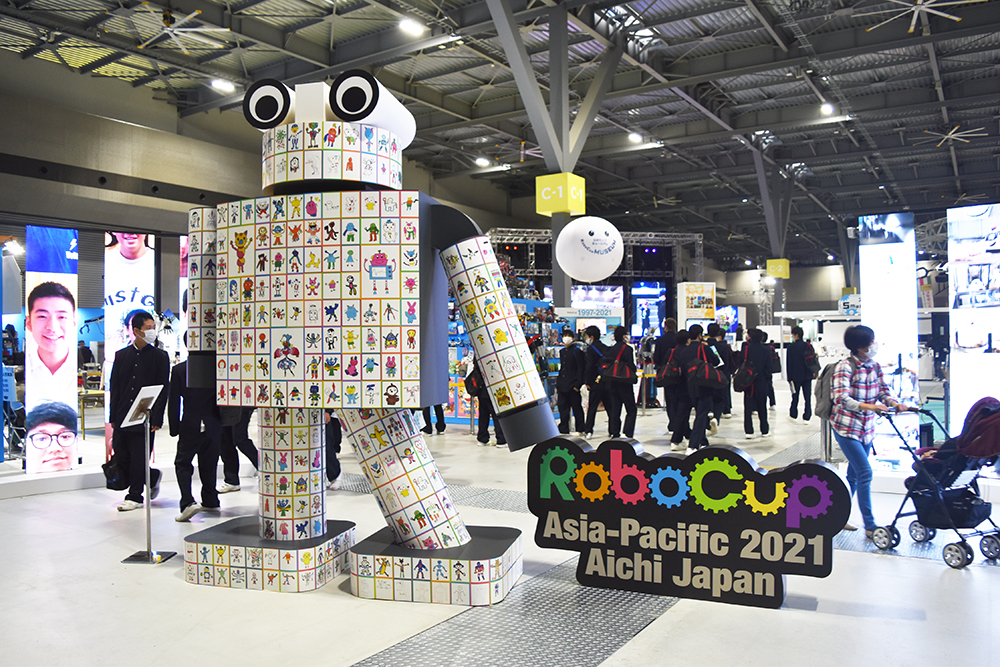 The “RoboCup Asia-Pacific 2021 Aichi Japan”, a competition for autonomous mobile robots, was held for five days from November 25 to 29, 2021 at the Aichi Sky Expo in Tokoname city, Aichi Prefecture. A total of more than 12,000 people visited the exhibition. There were many families and elementary and junior high school students who came as social studies tours. The RoboCup is divided into six competition categories such as “Soccer,” “Rescue,” “Industrial,” etc. In RCAP2021, a total of 107 teams, including online competition, competed with passions.

In addition to the competition area, there was also an exhibition area for service robots and industrial robots. THK, a manufacturer of machine components, introduced its “SEED-Noid-Mover,” which integrates a mobile cart and a humanoid robot. 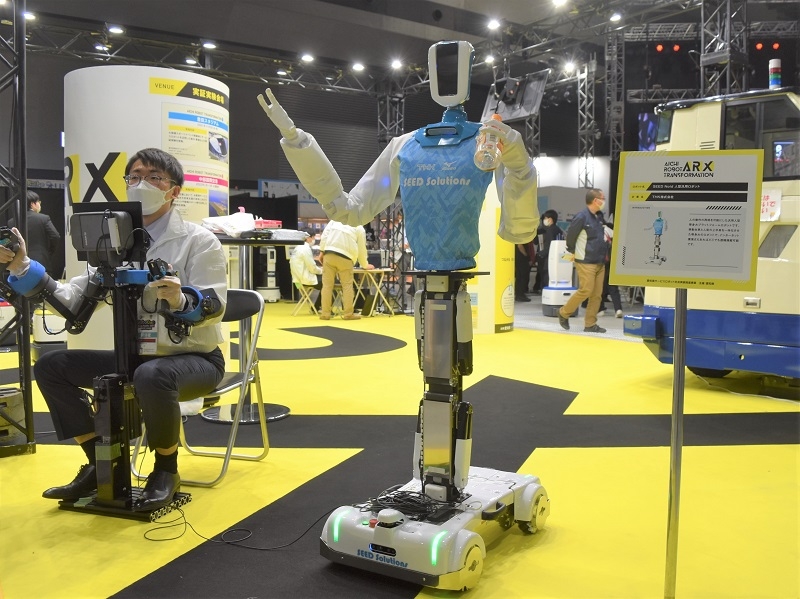 Kondo Seisakusho, a maker and distributor of robot hands, showed a demonstration in which participants and Denso Wave’s collaborative robot “COBOTTA” competed in the popular game “irritating bar game” to see who could finish the race faster.

Irritating bar game is a game in which participants place electrode rods in a course made of metal frames and carefully move them around to reach the goal without hitting the frames.The main object of its demonstration was to let participants know how accurate the robot’s movements are. 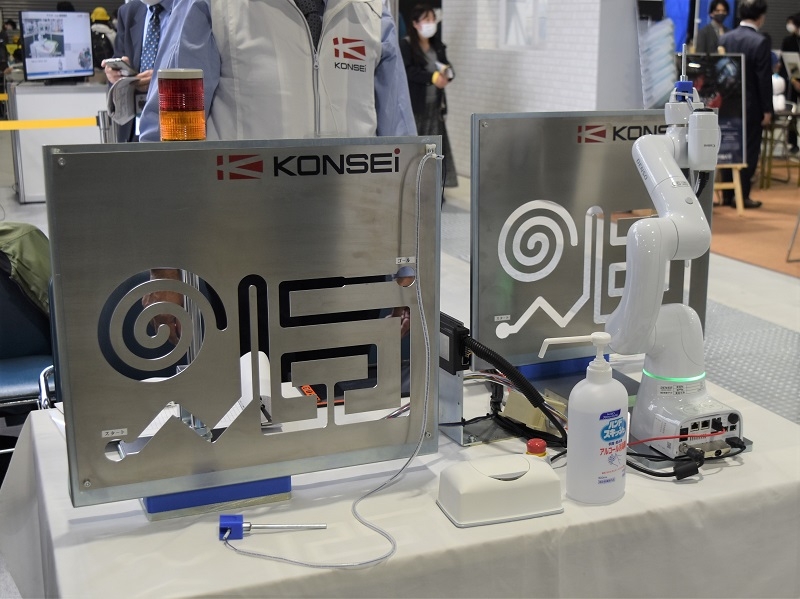 MAXIS-ENGINEERING, a robot system integrator, also presented a “kendama robot” that was broadcasted in a Japanese TV commercial. Kendama is a ball-and-cup kind of game, three cups, a sword and ball with a hole in it so it is like a skill toy, so you juggle the ball between the cups and get it into the spike.” Kendama robot attracted children’s attention with its successful “tome ken” (putting the hole of ball into the kendama sword) and other techniques. 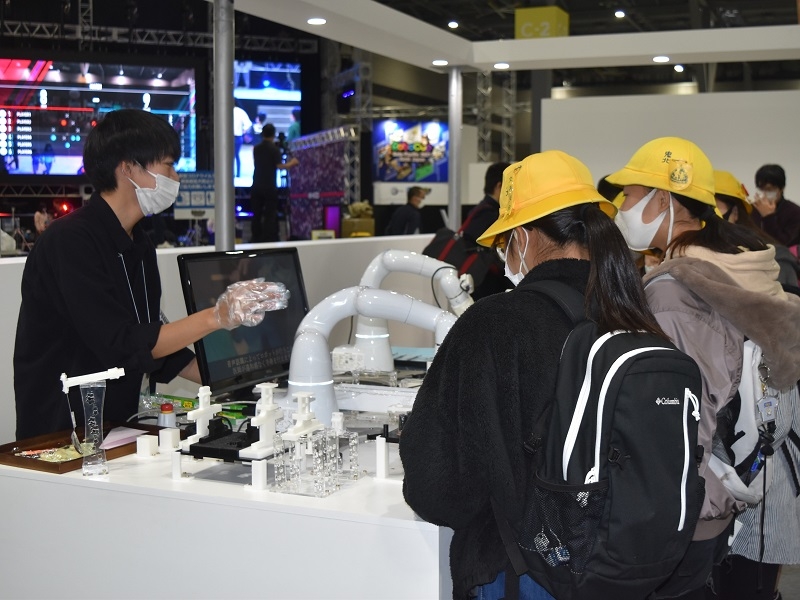