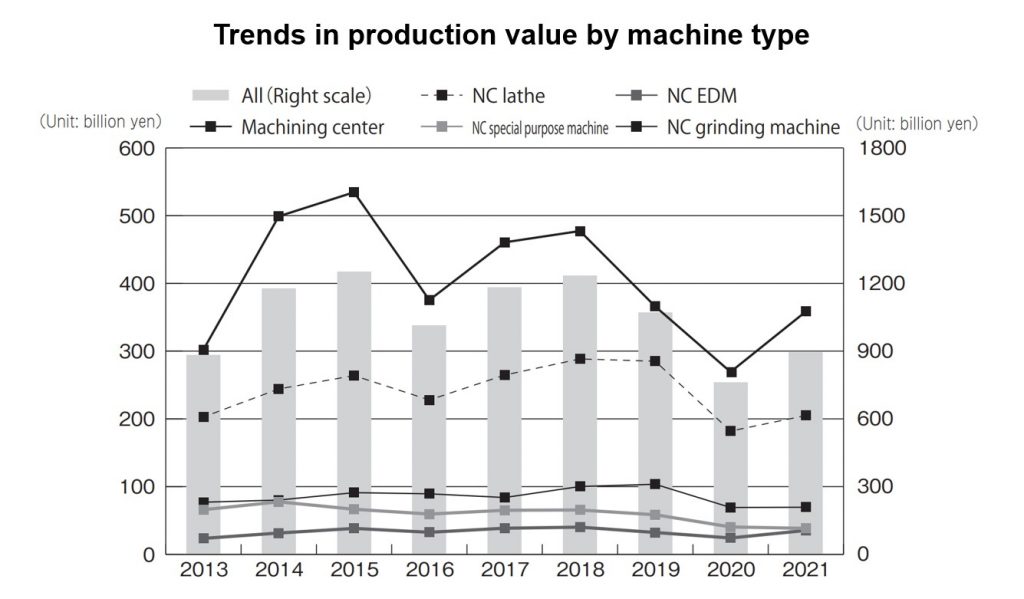 In 2021, as in 2020, the world was still impacted by the pandemic, but what differed from 2020 was the resumption of economic activity and a step-by-step recovery due to the widespread use of vaccines. Global economies showed a recovery trend, with China being the first to recover from the pandemic and Europe and the U.S. also picking up. In Japan, economic recovery also progressed.

On the other hand, there were still many concerns such as the global spread of new types of coronaviruses such as the Omicron, shortages of semiconductors and other components, and the geopolitical risks.

Falling below 1 trillion yen two years in a row

According to METI’s Machinery Statistics, Japanese machine tool production in 2021 was 895,409 million yen, up 23.7% from the previous year. Although it was higher than the previous year, production fell below 1 trillion yen for the second year in a row. The shortage of semiconductors and other various components is considered to be the main reason that production remained weak in 2021. 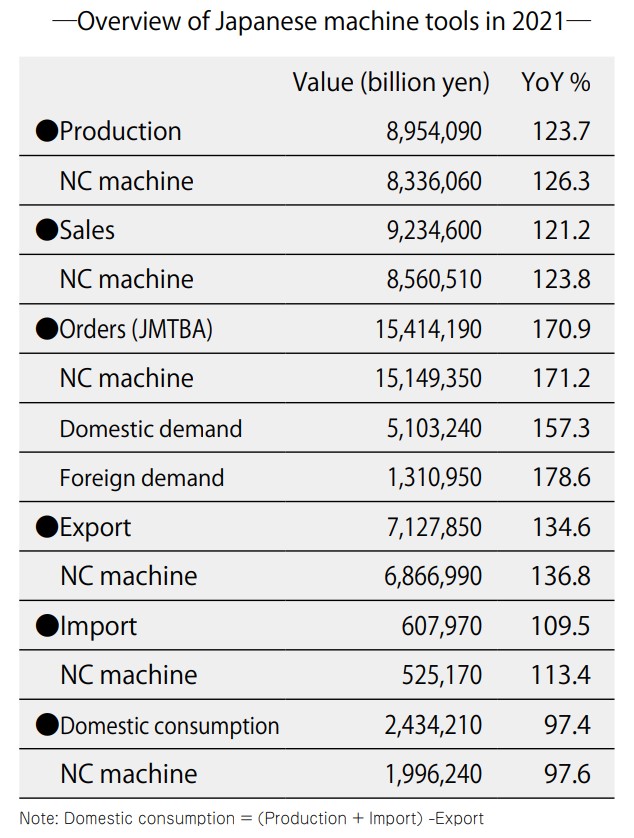 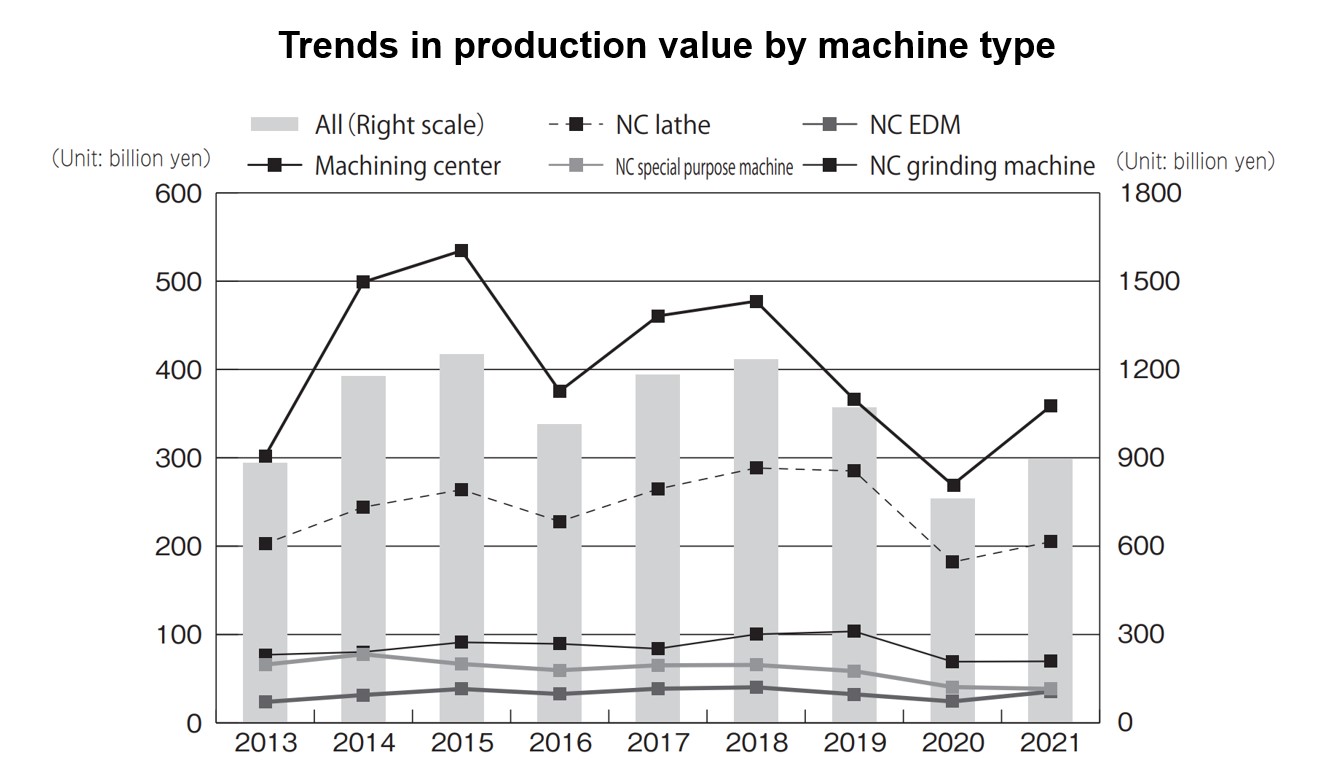