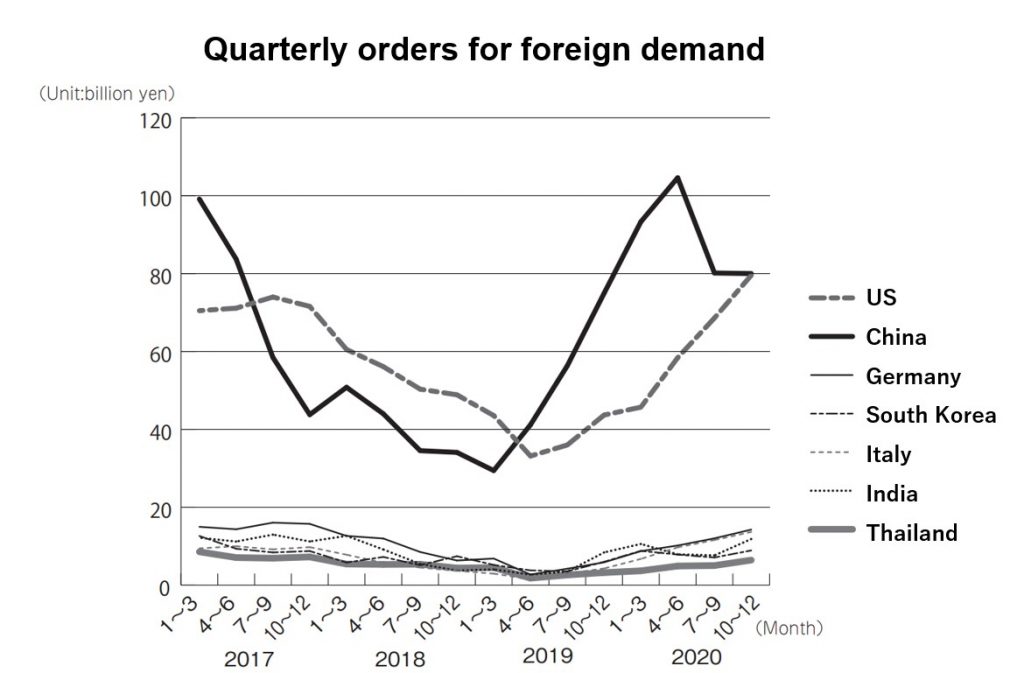 Foreign demand at second-highest level ever

According to JMTBA, total Japanese machine tool orders in 2021 increased 70.9% from the previous year 1,054.419 billion yen, exceeding 1 trillion yen for the first time in two years. Orders from China, which quickly recovered from the effects of the pandemic, were the first to revive, and from the second half of 2021, the recovery trend was also marked in Europe and North America, and also in Japan. As a result, total orders received exceeded 1.5 trillion yen, the fourth-highest level ever recorded.

On a monthly basis, single-month orders exceeded 100 billion yen in February and have not fallen below that level since. 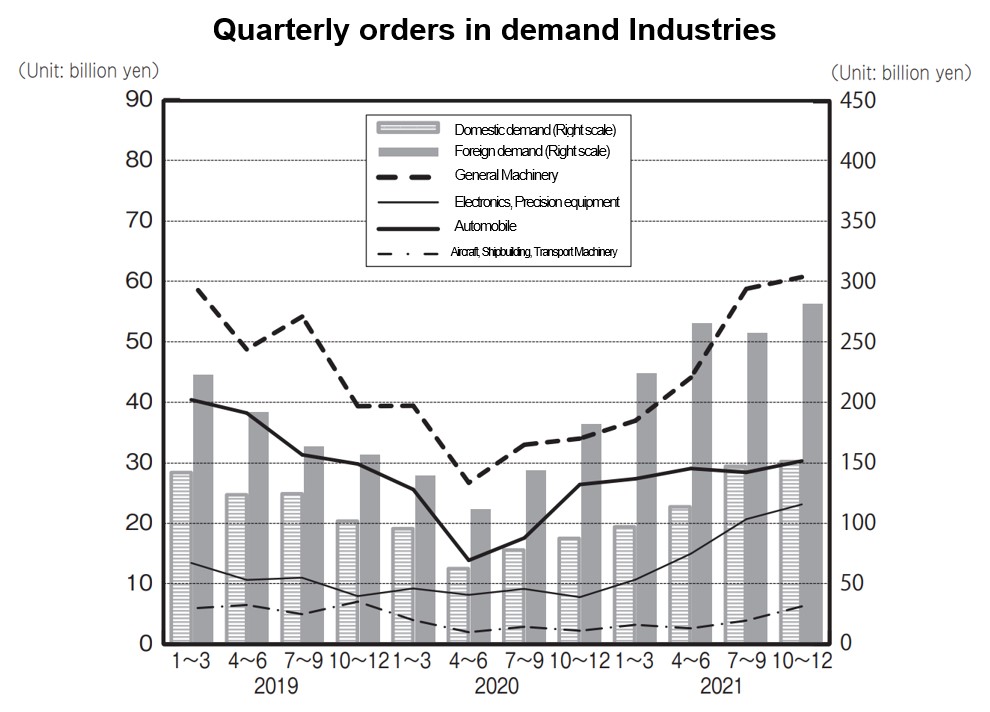 Domestic demand increased 57.3% from the previous year to 510.324 billion yen, exceeding 500 billion yen for the first time in three years. The first half of 2022 was weak due to stagnant economic activity against the backdrop of the pandemic. However, orders recovered in the second half of the year, driven by subsidy government policies and the wider availability of corona vaccines. 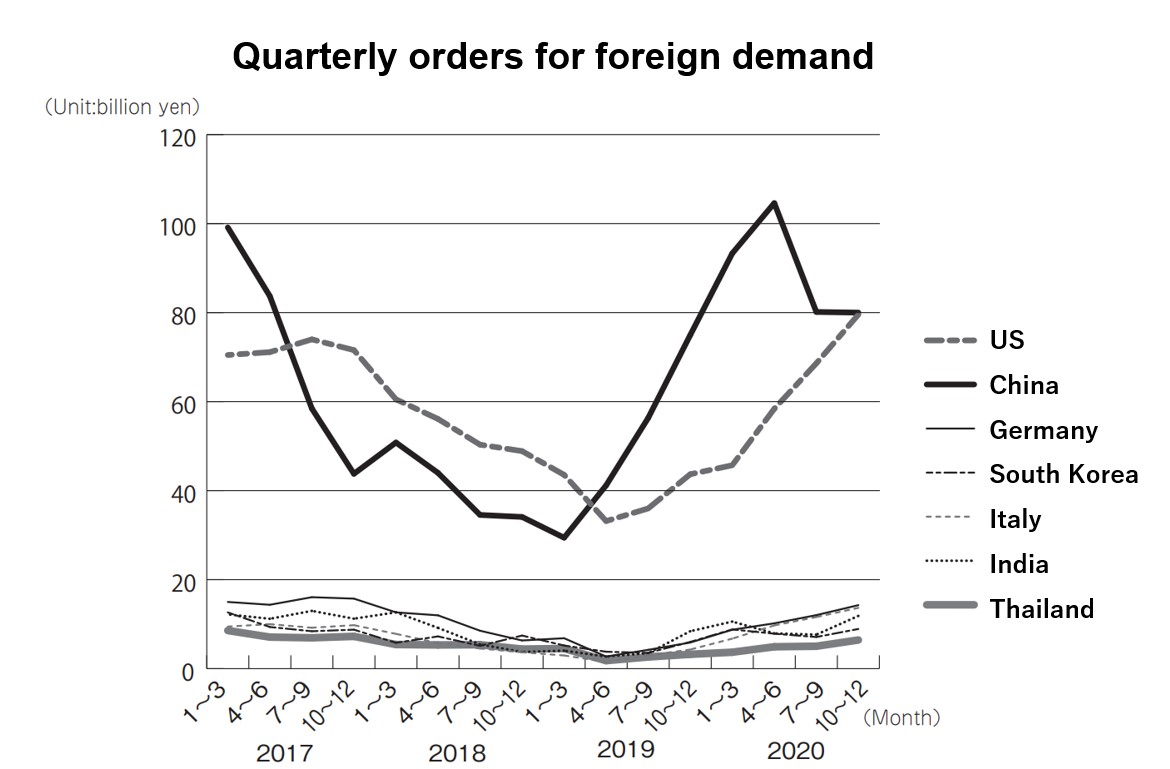 MOLDINO, mastering its niche in the world