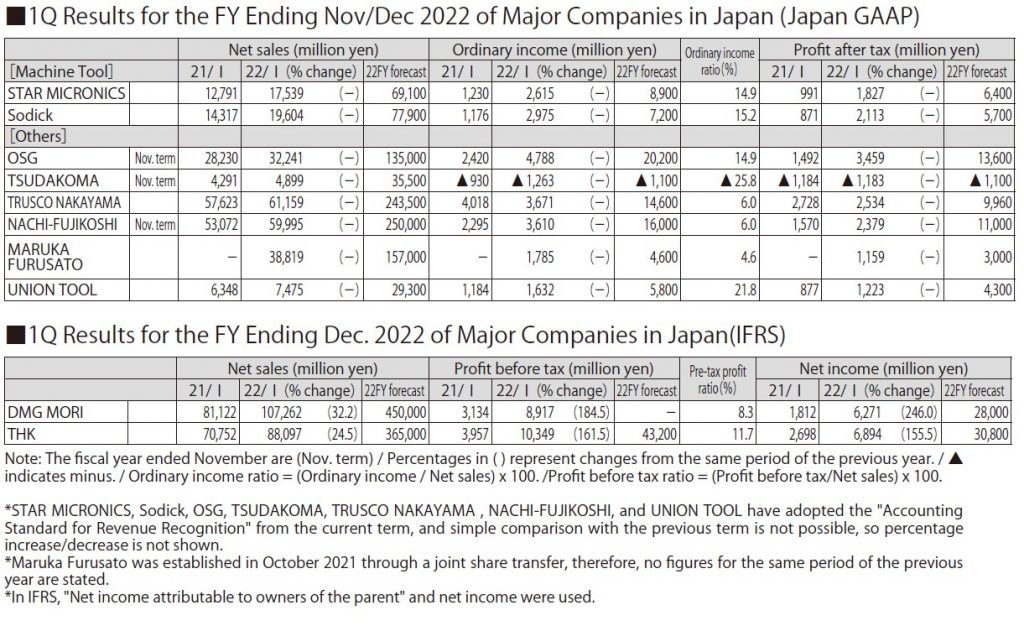 The first-quarter financial results for the fiscal years ending November and December 2022 for 10 major FA-related companies have been released. Compared to the same period last year, almost all companies increased their sales and earnings. Market conditions were favorable despite some concerns such as the re-spread of the COVID-19 infection, the Russian invasion of Ukraine, and the ongoing concern over the depreciation of the Japanese yen.

Did not suffer from headwinds

The global economy showed signs of recovery both domestically and internationally during the first quarter of the fiscal year ending November/December 2022, as economic activity kept restarting after the pandemic of COVID-19.

There were also stronger headwinds other than the pandemic. In Japan, the exchange rate weakened against the yen. Globally, it was the time when the Russian invasion of Ukraine has begun. Nevertheless, companies around the world kept recovering in their production. 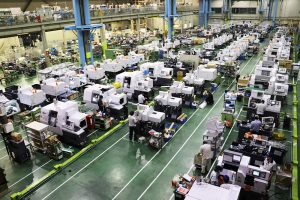 Many FA companies performed well, including two companies that adopted International Financial Reporting Standards (IFRS). DMG MORI and THK, which can be compared to the same period last year, both saw increases in both revenue and profit on a pre-tax income basis.

Meanwhile, seven companies other than MARUKA FURUSATO applied the “Accounting Standard for Revenue Recognition” from this fiscal year, which changed the basis for calculating sales, thus making a simple comparison with the same period of the previous year impossible. Although not a straightforward year-on-year comparison, all companies increased their sales in terms of monetary values.

Both domestic and overseas markets were favorable. DMG MORI commented, “Demand for automation, particularly for 5-axis and multi-tasking machines, has accelerated, and the price per order increased compared to the average of the previous year. The amount of orders received was the highest ever on a quarterly basis.” THK also stated that “Overall business was strong, such as in the semiconductor, robot, and electric vehicle industries.”

Although market conditions are favorable, there is still much concern about the future. MARUKA FURUSATO expressed their concerns, saying, “Be alert to risks such as rising raw material prices, fluctuations in the financial markets, and supply side restrictions.” 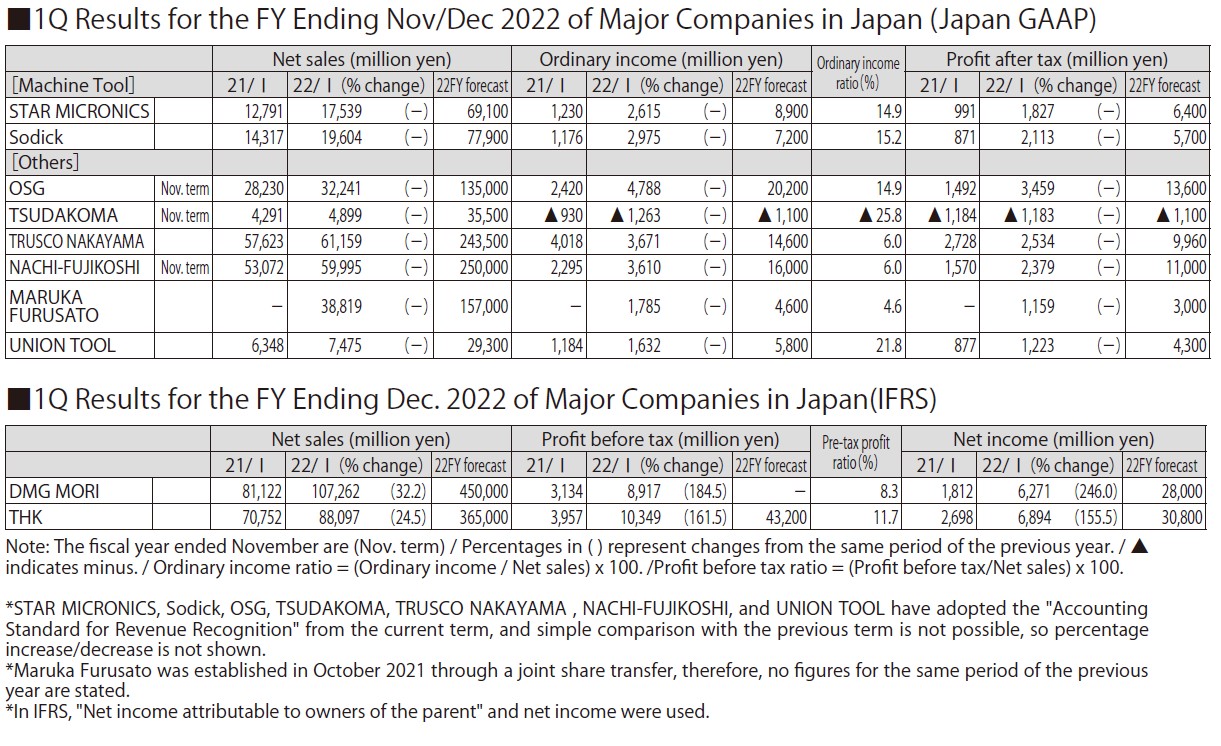