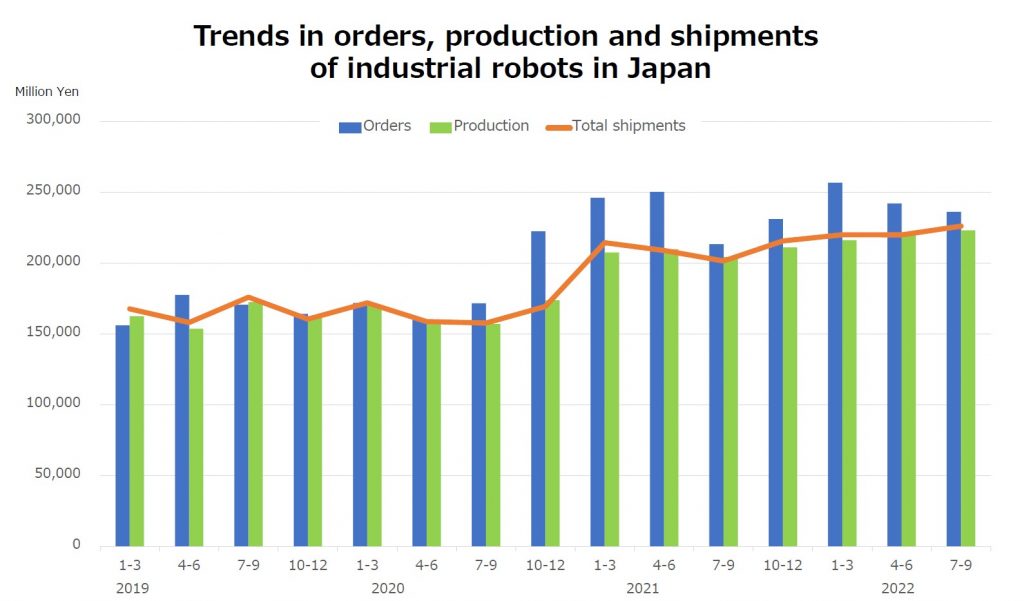 Japan Robot Association (JARA) announced on October 27 the amount of orders and production of industrial robots in Japan for July-September period of 2022 (based on member companies).

The production increased 9.2% YoY to 223.1 billion yen for the eighth consecutive quarter of YoY growth, further exceeding the record quarterly high of the previous quarter.

The value of shipments increased 12.2% YoY to 226 billion yen, and the total number of units shipped grew 13.8% YoY to 64,084 units, marking the eighth consecutive quarterly YoY increase in both value and units shipped, and a record high for the quarter. Shipments to the domestic market lacked momentum, especially to the automotive manufacturing industry, as in the previous quarter, but those to the semiconductor related sector and Surface Mount Technology (SMT) assembly remained strong.