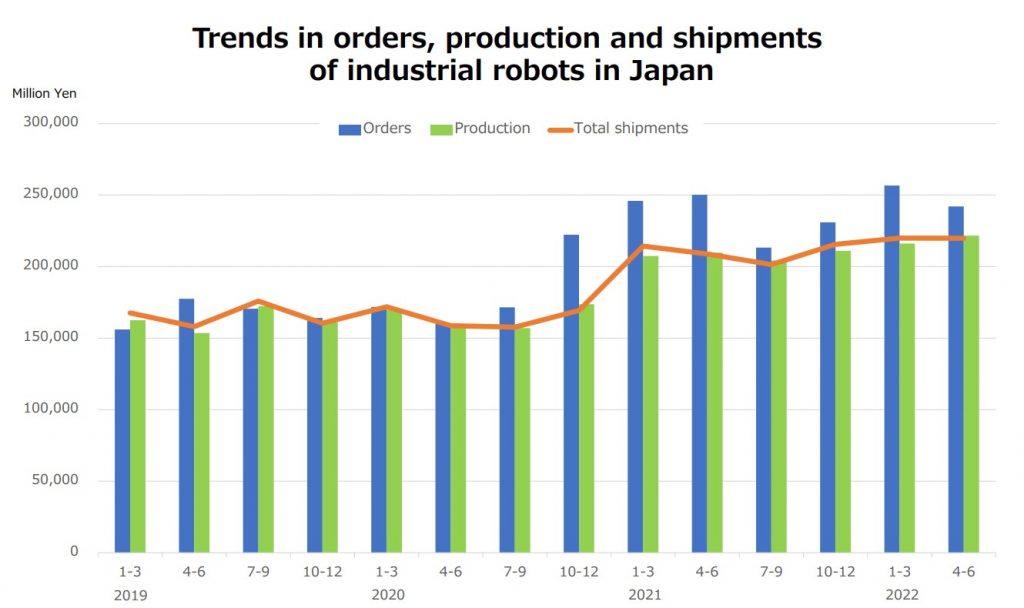 The amount of production increased 5.7% YoY to 221.7 billion yen, marking the seventh consecutive quarterly YoY increase and the highest quarterly value on record.

Total shipments increased 5.2% YoY to 219.8 billion yen. Shipments to the domestic market mainly to the automobile manufacturing industry lacked momentum, but those to the semiconductor industry were strong.