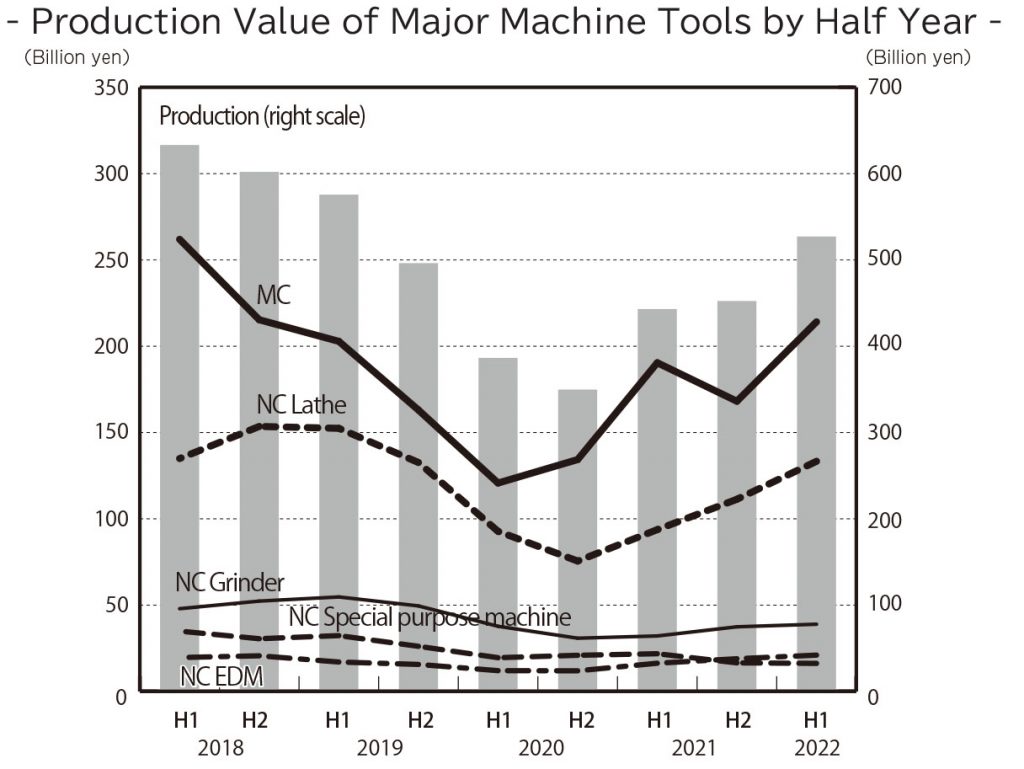 Machine tool production in the first half of 2022 increased 19.0% year-on-year (YoY) to 527,161 million yen, marking the third consecutive half-year increase over the previous year. However, as in the same period of the previous year, the growth rate was moderate compared to the total amount of orders received. In addition to the tighter supply-demand situation for semiconductors and components, disruptions in the supply chain due to rising transportation costs caused by geopolitical risks and other factors are seen as one reason for the slower growth.

Production was up 1.3% YoY to 37,064 units, flat compared to the same period a year ago, when numbers increased sharply. While production of relatively inexpensive small vertical machining centers (MCs) decreased, production of large MCs increased significantly, and the unit price per machine increased 14.6% YoY to 1,420,000 yen.

By machine type, production of horizontal MCs, NC lathes, NC grinders, and NC electric discharge machines (EDMs) increased over the same period of the previous year. Among horizontal MCs, large machines with table sizes of 500 mm or larger showed a strong increase of 60.8% YoY to 51,609 million yen. Capital investment in large machines had been stagnant during the pandemic, but demand expanded rapidly as economic activity picked up. Although the overall vertical MCs decreased in numbers compared to the previous year, large models with front/rear strokes of 500 mm or longer recorded a 30.4% increase YoY to 35.945 billion yen. 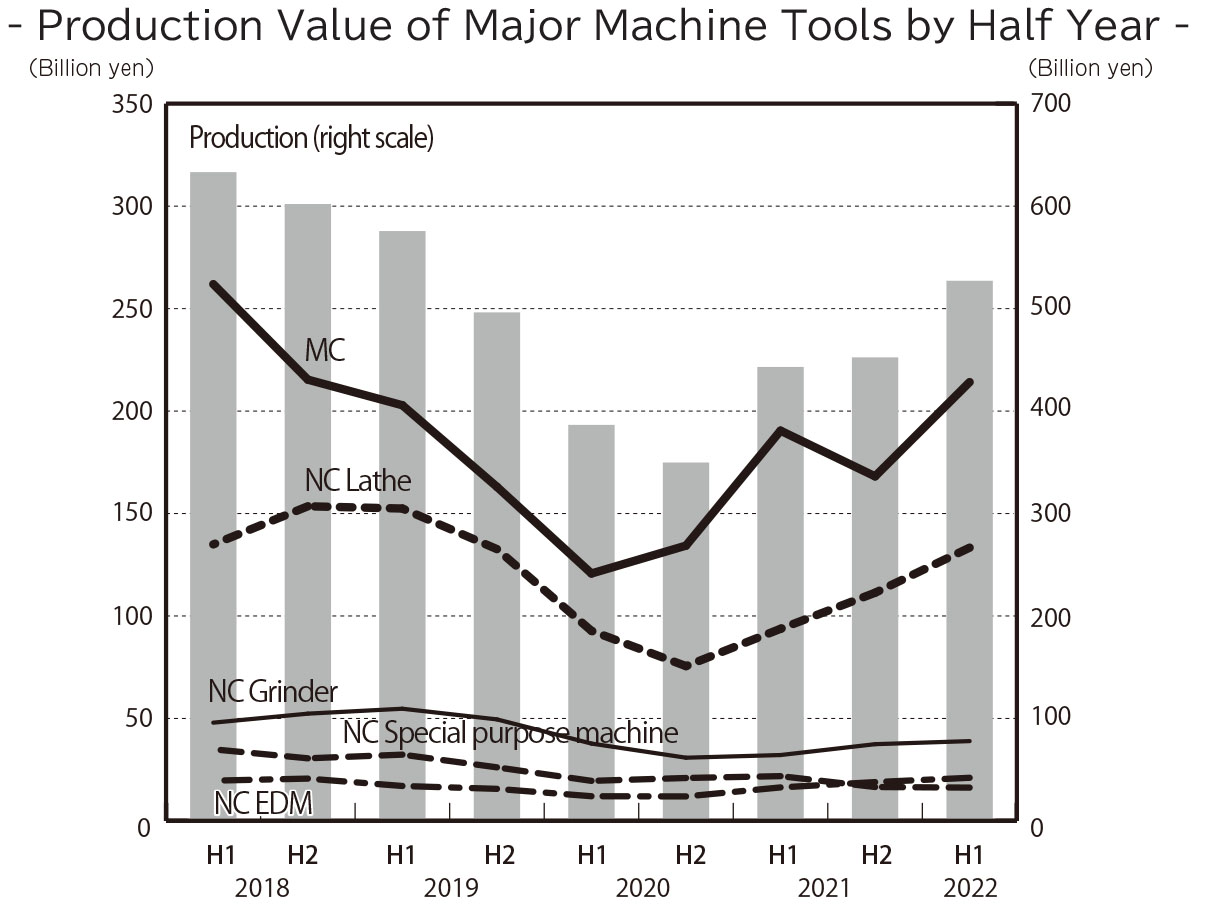