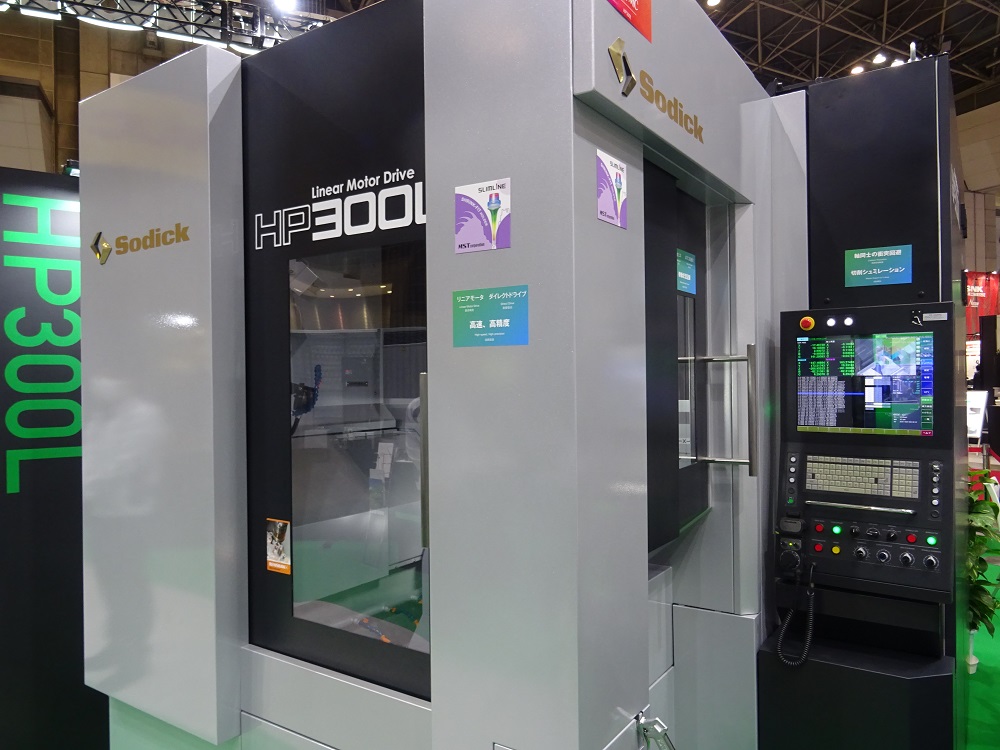 High accuracy and productivity are now considered standard expectations in the cutting machine industry. Cutting machine builders showed such a commitment at JIMTOF2022. Additionally, automation, digitalization, and environmental responsiveness were evident as new trend in particular among major manufacturers. User-friendliness also appeared to be becoming even more important. Despite these advancements, the industry still faces ongoing challenges, particularly about supply-demand imbalances caused by parts shortages. As such, manufacturers will need to continue to focus on this issue in the current fiscal year at least. 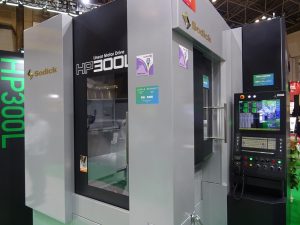 JIMTOF 2022 provided a glimpse into the trends and advancements in machining centers (MCs), NC lathes, and multitasking machines. By analyzing the offerings of major players such as DMG MORI, Okuma, and Yamazaki Mazak, it is clear that “automation,” “digitalization,” and “environmental responsiveness” are the main trends driving the future of the manufacturing industry.

These trends are not limited to hardware advancements in machine structure or model type, but also include software trends in control, software, and services.  These two aspects are closely intertwined, and in this context, NC equipment is a key area to focus on.  FANUC presented “CNC Guide 2,” a software that enables verification of CNC functions on a PC, greatly improving the accuracy and speed of CNC operation simulation, and contributing to the achievement of advanced simulation, “digital twin”. The development of NC devices is crucial for advancing machine tool functionality, and further advancements can be expected in the future.

Another notable trend at JIMTOF 2022 was the Nidec Group. Nidec Machine Tool and Nidec OKK exhibited together for the first time as a group. After their acquisition of PAMA from Italy, a company specializing in large machines such as horizontal boring and milling machines, the Nidec Group is working to reinforce their machine tool division. These moves are expected to lead to the birth of a new giant group of machine tool builders, and the reorganization of the industry is attracting significant interest. 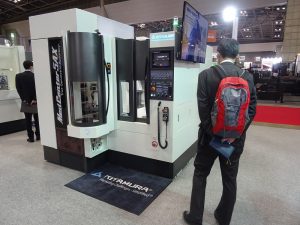 Sodick presented its “HP300L” simultaneous 5-axis MC, which is designed to be easy to use on site. The machine is equipped with direct drive for all axes and has fully automated center positioning and adjustment of rotary and tilting axes. It also uses 3D cameras with artificial intelligence (AI) to automatically detect the inside of the machining chamber and prevent collisions between axes, showed the company’s commitment to meeting advanced needs with highly functional 5-axis machining.

Kitamura Machinery proposed “retrofitting system upgrades” with automation that reduces initial investment. The company highlighted the high expandability of the “MedCenter 5AX”, a simultaneous 5-axis MC that can be started up initially as standard equipment and can be retrofitted with a pallet changer.

Among lathe-related manufacturers, automation packages such as “FA Friendly” by Citizen Machinery and “Hakobei Link (箱兵衛Link)” by Nakamura-Tome Precision Industry were popular, indicating the high level of automation needs of visitors. Proposals for automation to meet the expanding needs of visitors are expected to become more active in the future. 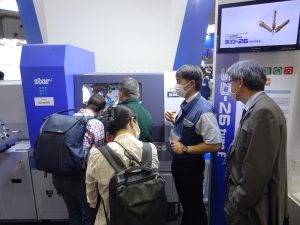 STAR MICRONICS presented its “SD26” automatic lathe-based multitasking machine, Type E. The SD26 is available in four different types, and Type E is designed for the mid-range volume production. The advantage of the tool post system is to equip the large number of cutting tools. The machine is responding to the call for ‘complex workpieces that do not require the use of a turret-typed machine’. The machine is designed to have higher functionality while minimizing floor space.  The machine is particularly well-regarded in the Japanese market and received positive feedback from visitors at JIMTOF. “However, we have to quickly handle the backlog of orders. The automatic lathe industry is booming, and we are still receiving strong demand for these machines,” explained the person in charge of the company.