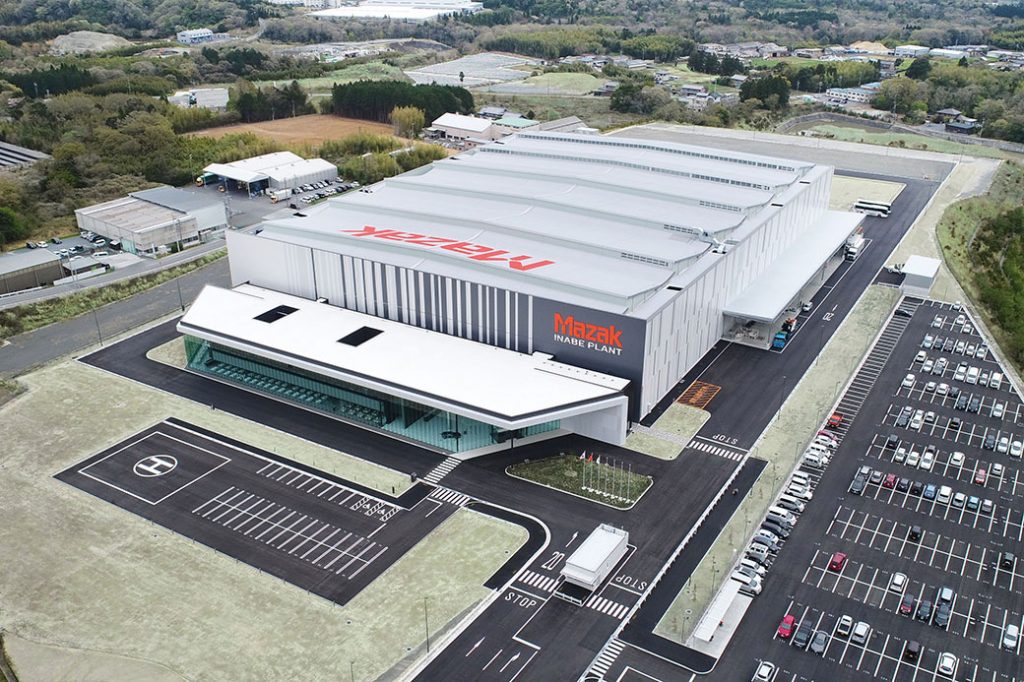 Yamazaki Mazak launched the large-scale machine tool manufacturing plant “Inabe Plant” in Inabe City, Mie Prefecture.  It worked in February 2018 and started full-scale operation in May.  The site area is approximately 115,000 square meters, and the total floor area is 33,000 square meters.  There are about 400 employees.

The company regards this investment as the “first phase of construction.”  It is the first time in ten years to establish a new production plant in Japan.  The time of the second phase of construction and the amount of investment are unknown.  With the full-scale operation of the Inabe Plant, a system to increase production of large machine tools has been established.

As a result, domestic production capacity increased by 20% on a monetary basis.  The ceiling height is 19 m and the lifting height of the crane is 13 m.

A reinforced concrete foundation with a thickness of 1 meter was constructed under the floor, which is required elements for the assembly of large machines. In addition, Mazak set up a test cut area where 6 large machines are permanently installed in the factory.