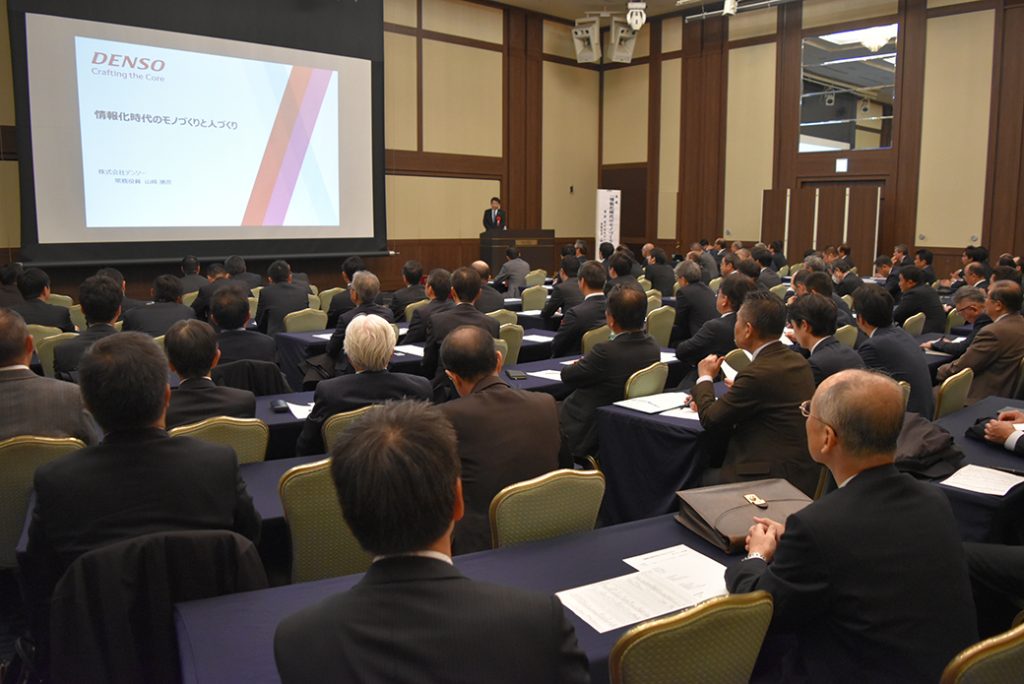 In the party, first, Yasuhiko Yamazaki, the managing director of DENSO played a lecture on the theme of “Manufacturing and Human resource development in the Information-Engineering Age”.   The company is trying to connect about 130 plants around the world with IoT, and promotes the “Dantotsu” plant to increase the productivity of the entire plant.As an effort to achieve this, he introduced its own IoT and human resources development methods.  Participants tilted their ear eagery.

In the following meeting, Kaoru Tomita, the chairman of JMTDA said that “the most powerful opponent for machine tool distributers will be Internet-based sales, and in order to overcome this, the JMTDA Member Company’s sales personnel must be leveled up through SE education, various study meetings, and the like.”It was also held in Osaka on November 29, and Tokyo on December 1.About 110 people were gathering in Osaka and 100 people in Tokyo.