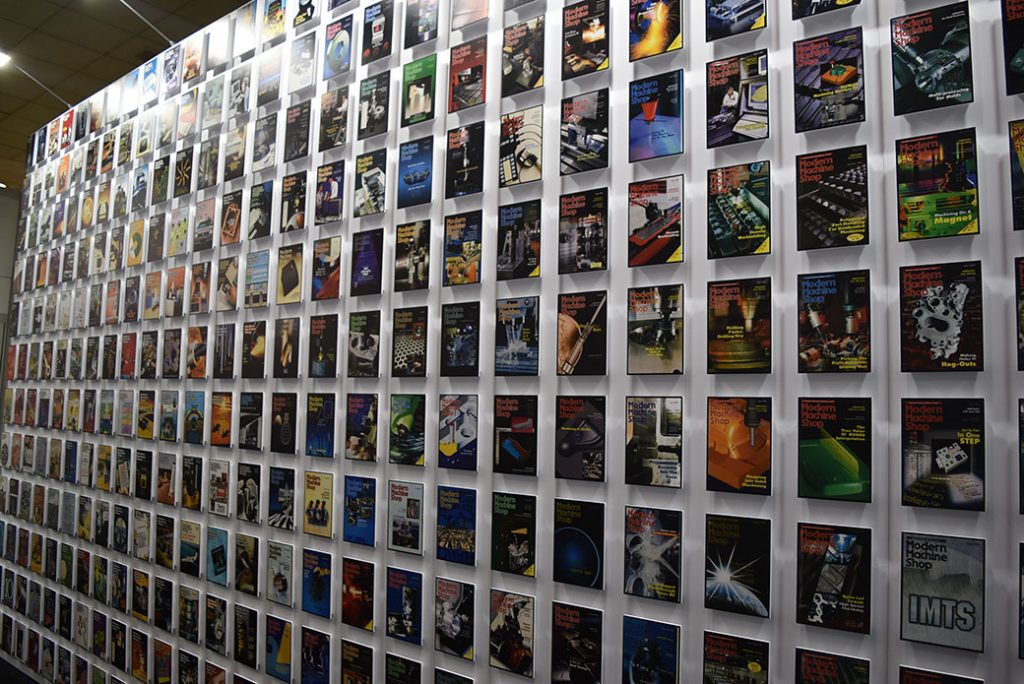 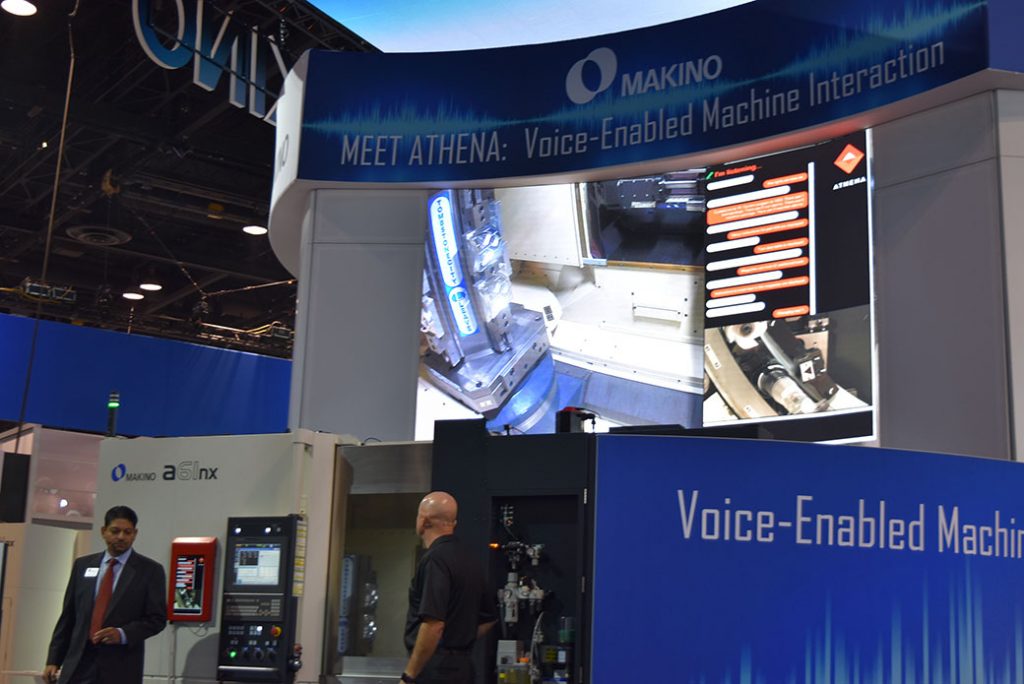 Makino Milling Machine received the greatest attention in digitization technologies such as IoT and AI.

The demonstrations of machining were carried out while the machine and the person have conversations with each other in the center of the booth. It attracted many visitors.

Makino Milling Machine installed a voice recognition system “ATHENA” developed by a US start-up company on the machine.

The machine understands the natural language of a person and it is a future-minded  solution that can manipulate machines with just words like “Google Home”.

Nearly 20 machines were used to be displayed, but only 7 actual machines are displayed this time and “communication between machines and people” was put emphasis.

The exhibition method differed from the conventional one, but president Shinichi Inoue said that they had good reactions. 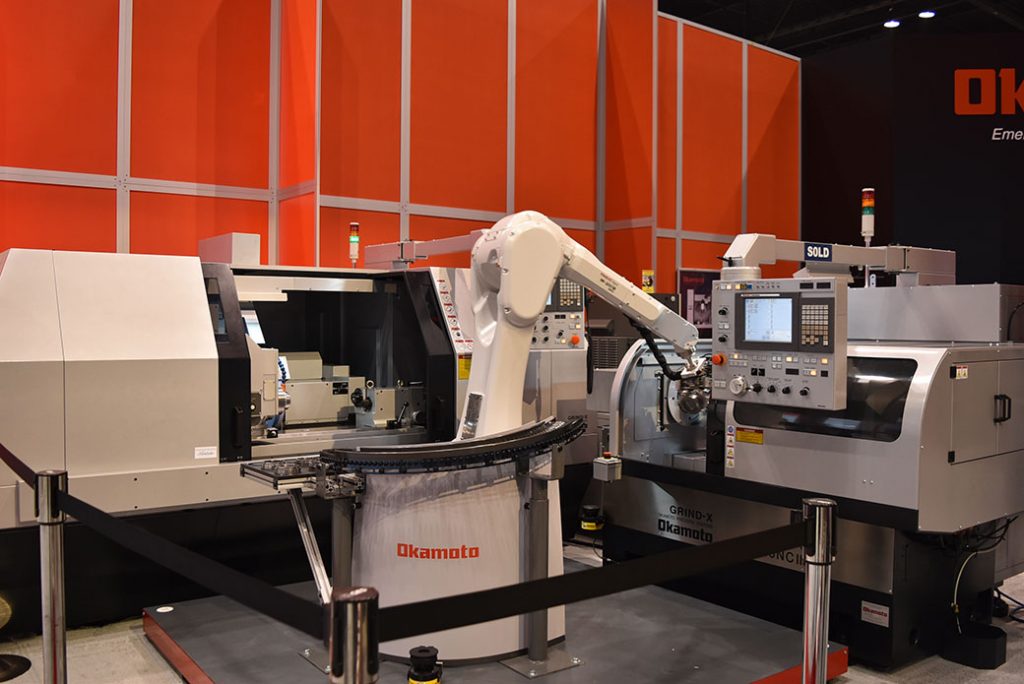 “We also wanted to promote the ability to assemble an automated system at our company,” the representative says.

They said that Okamoto recruited a person who could handle robots at affiliated corporation in U.S.