What is “Perfect Lock Bolt” developed by Nissei? 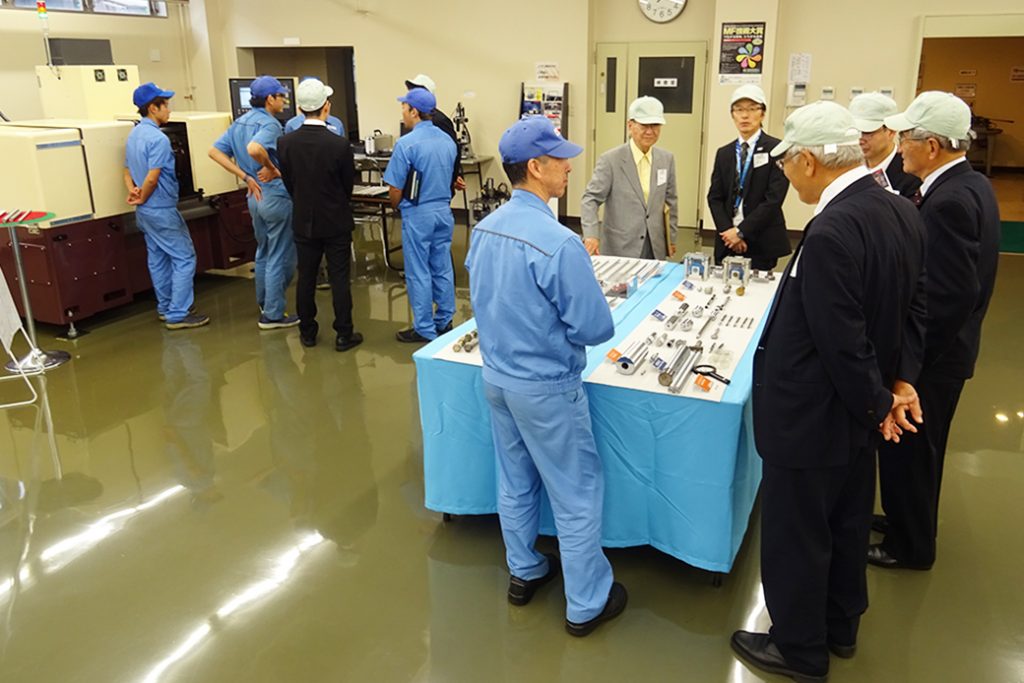 Tokyo Chapter of The Society of Manufacturing Engineers（SME）held a monthly meeting at Nissei, rolling machine builder, on September 27, 2018.

President Toshinaka Shinbutsu introduced the company’s history, which marks the 80th anniversary in 2019.

Toshinaka Shinbutsu explains not only the rolling machine but also its own effort used the core technologies, such as “Perfect Lock Bolt（PLB）”, which mechanically prevents loosening by two nuts with different pitches and machining oils for rolling.

Katsutoshi Shinbutsu, director of the PLB division reported that the PLB-applied electric guitar strap pin would be sold in Shimamura Musical Instruments from December 1, 2018.

Participants including engineers were interested in the PLB mechanism.

Showrooms and factory tours were also carried out. (photo).

What is “Perfect Lock Bolt” developed by Nissei?

Started training for customers in Mexico