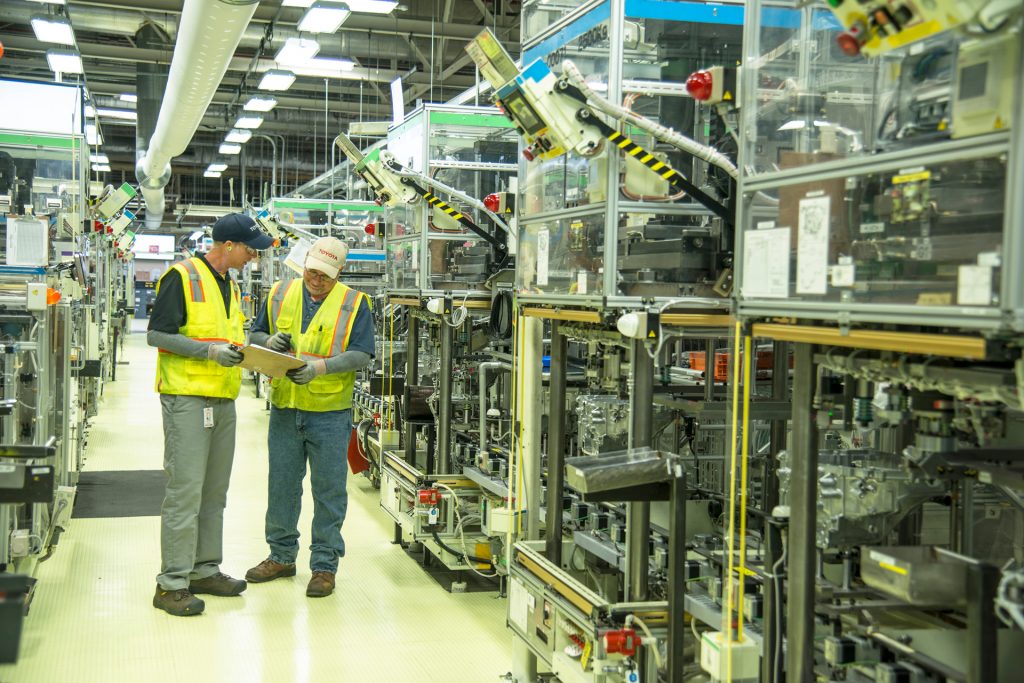 TMNA intends to expand local production of automobiles, including motor cars and engine vehicles. The investment will create about 600 new jobs.

The production number of “transaxle”, core component of transmissions for hybrid vehicles will be increased to 120,000 per year from 2021 in power train plant, Toyota Motor Manufacturing West Virginia(TMMWV, photo).

The production capacity of four-cylinder engines and V6 engines will be increased by 230,000 a year by 2021 at power train plant, Toyota Motor Manufacturing Alabama(TMMAL)

Toyota Motor has been actively promoting capital investment in partnership with Mazda Motor in North America in two years since the 2017 announcement.

Toyota Motor’s five-year total investment by 2021 is expected to expand to $ 13 billion, an increase of 30% compared to previous ratio.