Take pride in products! Interview with Kenji Yamaguchi, President and CEO of FANUC (2/2) 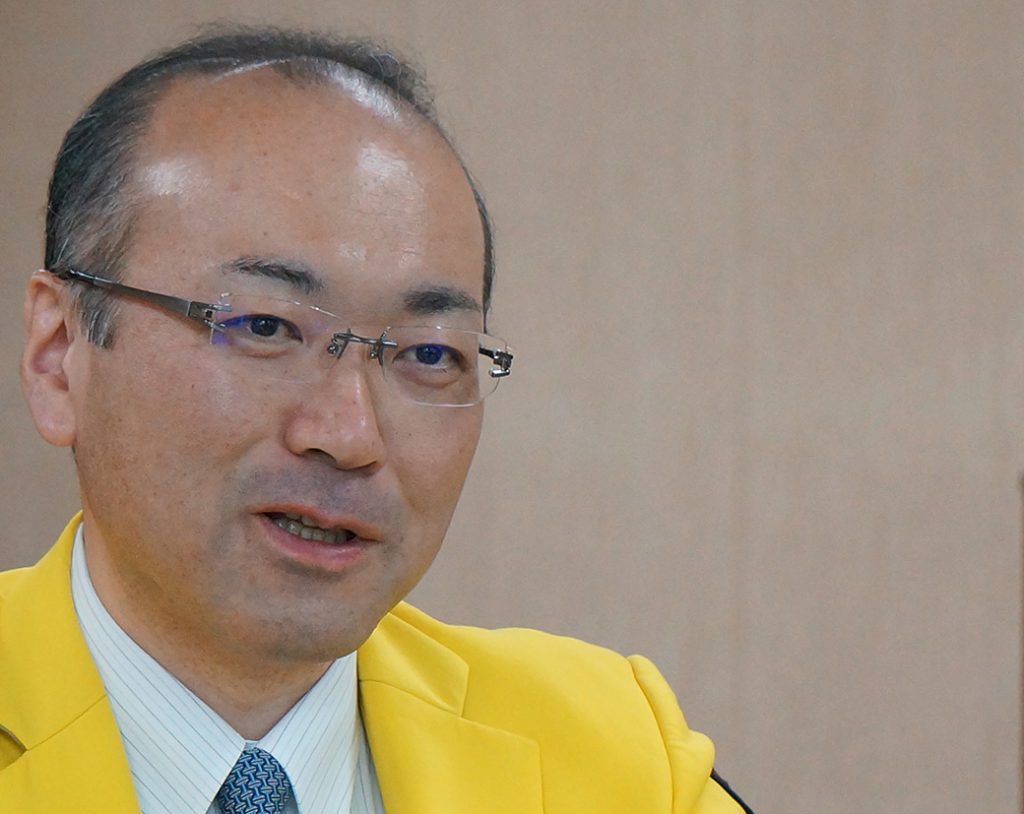 Organizations are built upon human resources

FANUC Corporation develops its business through its three cores, FA, ROBOT and ROBOMACHINE divisions, as well as its IoT-based FIELD system (FANUC Intelligent Edge Link & Drive system). Focusing on development of the internal environment, Mr. Kenji Yamaguchi, who became president and CEO this past April, says, “I really feel that organizations are built upon human resources,” and “Only employees who take pride in your products can manufacture good products.”

– What turning points have you experienced in your career?

I have been engaged in robot development since I joined the company in 1993, and I became the leader of a development team comprised of several members in 2000. I had difficulty working with the team members because I felt like I could not entrust any tasks to them, though all the team members were excellent young employees who had been with the company for 3 to 5 years, except me. I felt the urge to do everything myself. It took a while for me to realize that I would have to entrust things to them in the end.

– It is hard to leave a task to someone else.

After leaving robot development, I gained a lot of experience as the general manager of Production Engineering Department. At that time, I thought that my understanding about robots was quite good; but on the other hand, I did not know about anything except robots. In the Production Technology Division, I had to manufacture CNCs, servomotors, amplifiers, and ROBOMACHINES, although I did not know much about the details of machining. In short, I could not understand any job in the Production Technology Division in detail even though I was the general manager. On the other hand, the Production Technology Division was comprised of a group of specialists who have been engaged in relevant work since joining the company. It took me a while to work well with them. I had to understand and support what they wanted to say, and what they wanted to do, in order to make up for my lack of expertise. I was keenly aware of the fact that organizations cannot function without cooperation.

– What do you want to do with FANUC as a president and CEO?

I want to make it a company that can grow sustainably while maintaining a strong business quality. However, because human resources are limited, it is important to narrow our business focus. I want to make the company outstanding in targeted areas.

– What will you do to make it happen?

We need to create an environment in which employees can work with positive motivation. I am proud of the excellent employees who have joined the company. So, management has to make the most of these human resources. I really feel that organizations are built upon human resources. Only employees who take pride in your products can manufacture good products.

The first contact with Mr. Yamaguchi was almost three years ago when he became president and COO of FANUC.  The first impression of him was “perfectly keen and smart” but I felt some kind of sympathy at the same time since we were from same province.  In this article, he said “I had difficulty working with the team members because I felt like I could not entrust any tasks to them, though all the team members were excellent young employees…”  He was NOT the perfect man genuinely.  He is not only talented (yes, definitely very talented!) but has been learned a lot anytime through his life, I guess.