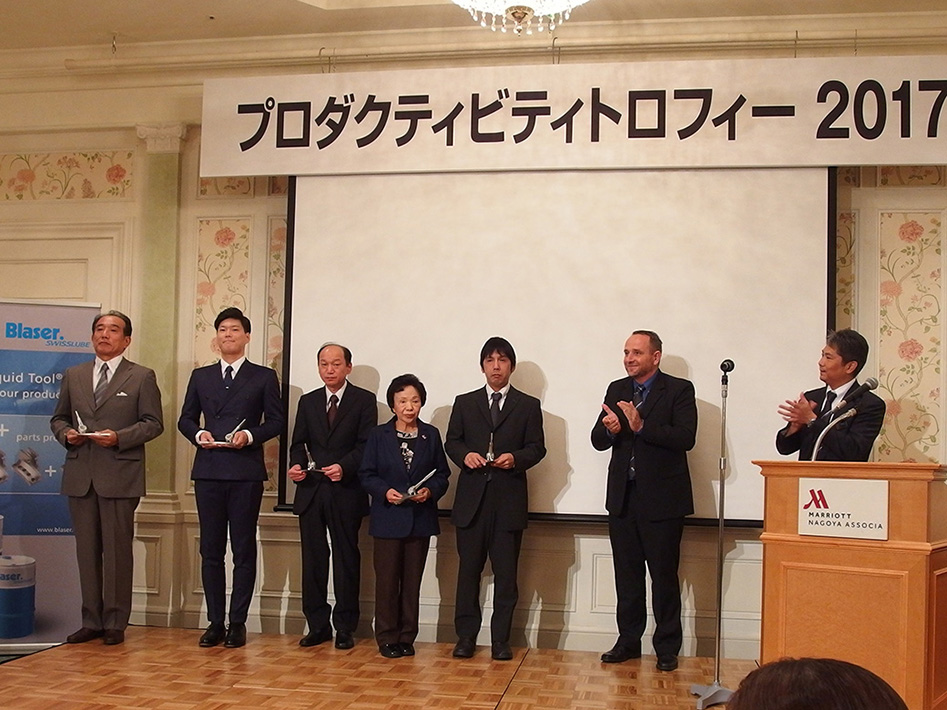 A total of five companies were awarded, including Maeda-tekkou and Kamiya-kenma.

Kamiya-kenma was evaluated with a case that workers’ ruined hands were improved by changing to Blaser Swisslube’s product.

Patrick Mathys, the President of Blaser Swisslube Asia, said “I am glad that it is a case where our customer realized processing improvement by coolant proposed from our company.”

Hiroaki Nishi, the president of Japan branch said “This is the first time this event was held in Japan, but we want to hold this event every year in Japan.”