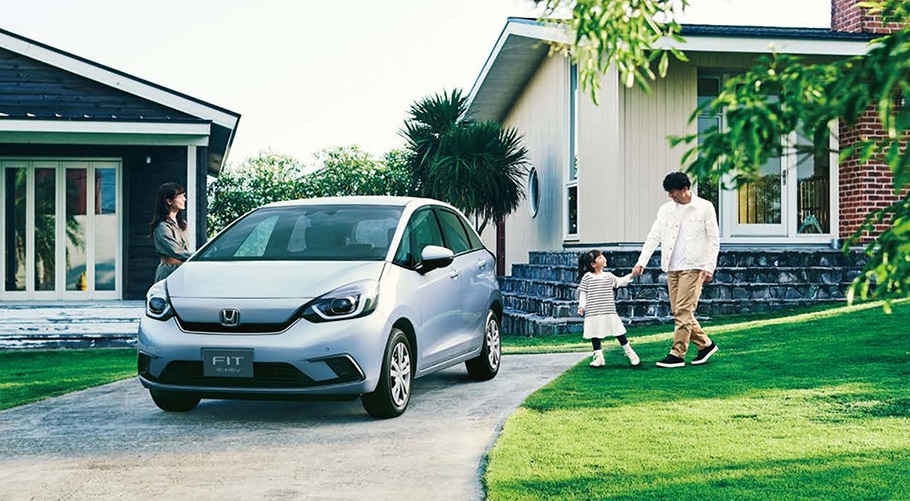 Honda Motor began to sell the fully remodeled compact car “FIT” in Japan on February 14, 2020. The first-generation model was launched in 2001, and this is the fourth-generation model. The new FIT inherits the performance built up by previous generations of FIT and the spacious interior space and utility. Honda developed a new FIT which further satisfies the customers. Manufacturer’s suggested retail prices range from 1,557,600 yen to 2,536,600 yen.

By changing the cross-sectional structure, the thickness of the front pillar has been reduced to less than half that of the conventional one, while ensuring sufficient collision safety performance. The body stabilizing seat which supports the user’s pelvis and lumbar spine with a resin mat was adopted for the front seats for the first time among all Honda models. For the rear seats, a thick and soft pad was adopted to enable comfortable seating even for adult passengers despite being a compact car. Honda’s original hybrid system called “e: HEV”, which achieves powerful acceleration and smooth driving, is installed in the power train for the first time. In addition, a table console that can put a small bag and other items was installed between the front seats, and various storage spaces are laid out based on earnest considerations of how move inside the vehicle.

Honda established Honda Mobility Solutions, which is responsible for the mobility services business